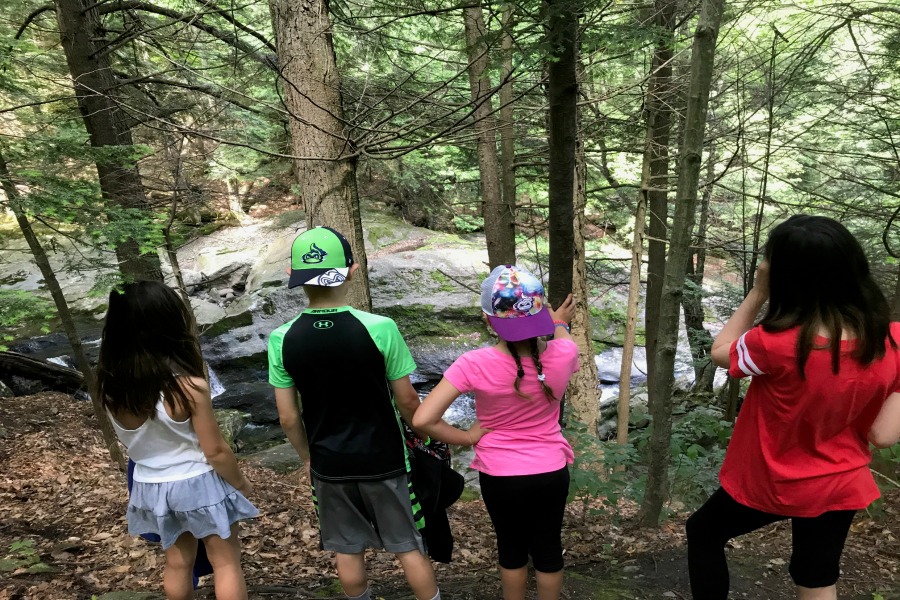 If you’re like me, then you do your best to manage screen time using myriad methods. In our house, I’ve done The Marble Jar to read for screens, and pretty much everything in between. And still, there are tantrums and arguments when it’s time to get off them, and relentless begging to get back on them.

So a few months ago I decided I was done playing referee and manager to all things screen time and so I just banned it. No small screens, except for texting their friends or family members (or checking hockey scores for my son), and TV only on Friday nights for movie night (or American Ninja Warrior) for two months. Yes, 60 days, people.

(Truth be told: I don’t have a beef with TV. It’s the apps and YouTube DIYs and gamers playing games and all that jazz that really makes me crazy).

Wondering if you need to take some drastic measures in your home? Here’s what happened when I banned screen time in my home.

Related: Summer screen time making you nuts? Here’s how to manage it, parents.

1. They played with toys!

Remember toys? All those toys they got for Christmas that just sort of sit around and get a little action every now and then? Well, because they didn’t have screens, they actually played with toys again. Legos, dolls, board games, you name it. They all saw the light of day and better, they got really, really creative with them.

2. That means, there were a lot more messes.

I didn’t realize how much screen time really cut down on them making messes. But, duh, it makes sense. They’re sitting on a screen and not playing with toys, or coloring with crayons, or doing stuff that would involve them making a mess. It definitely took some time to adjust to teaching them that they needed to clean up their cardboard box dollhouse scraps before going onto the next thing. And I needed to adjust to just having the house not as neat and clean as I would like.

Surprise! When kids aren’t staring at screens they have to interact with each other and that can cause a fair amount of bickering and arguing. I have four kids, so there’s actually not a lot of that in my house because if they’re not getting along with one sibling, they can do something with another sibling. It definitely took a solid week or two for my kids to work out being around each other much more (rather than on their own on a tablet or smart phone). I would say if there is a downside, it’s this, but really, I was much happier refereeing this kind of stuff than the whole “she got the tablet for 5 minutes longer” crap.

Related: 5 things I learned when I put my phone away around my kids

4. No one asked for screen time. Ever. Ahhhhhh.

I don’t think I said the words “screen time” for a solid two months. It was truly magical. No refereeing who got which gadget. No trying to explain that the timer went off and so they needed to get off. And no arguments or tantrums. No screen time meant we completely eliminated any sort of conversation about it whatsoever and I cannot tell you how awesome that was.

5. My own screen time decreased as well.

I know it’s important to set a good example for your kids (do what I say AND what I do), but unfortunately, I need to have my smart phone on me for work purposes. In fact, having my phone allows me to not be sitting in front of the computer all the time. But, like many other people, it’s also a bad habit for me too. I pick it up to check Facebook or Instagram when I just looked a few minutes before. So, with my kids off screens, it really pushed me to put my phone down and do other stuff too. I read books! I played board games with my kids! Funny how that works.

6. They slept better. And were happier people.

I was really surprised to discover how much better my kids slept during this time. They weren’t exerting themselves any more than usual, so the only thing I can attribute it to is the screens.

And in particular, my son, who was the one watching gamers gaming (and yelling at the screens) and people doing crazy stuff or complaining (how is that even a thing?) was much more pleasant. I noticed this mostly when our screen time ban ended and I allowed them some binge time. Talk about a mood shift!

Bottom Line: I realized completely banning screen time is pretty extreme and not for everyone. But I have to say that it was life changing for us. I can’t remember a time when we were all happier and more engaged with each other and life in general.