Coding just got cooler (and cuter) with the Artie 3000 robot. 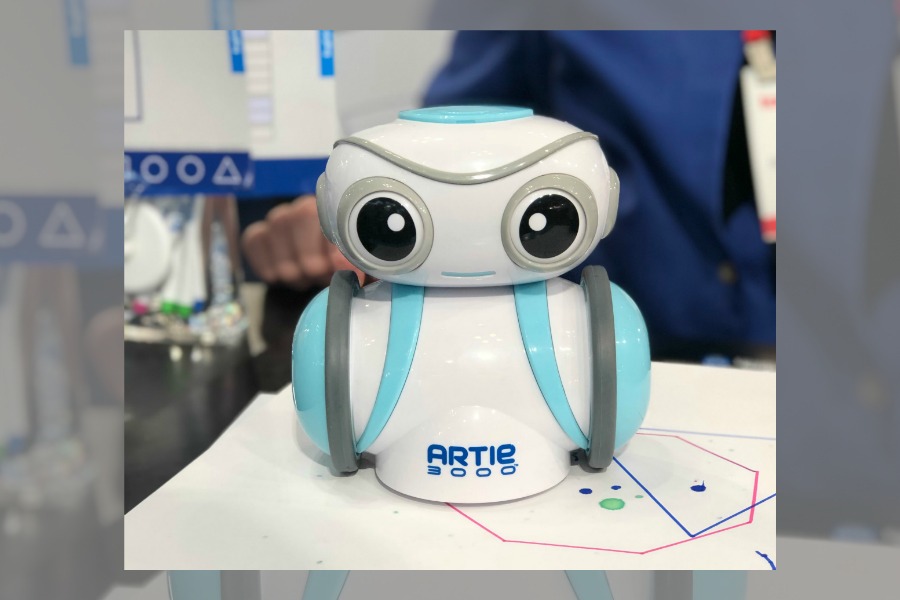 One of our favorite tech discoveries at this year’s New York Toy Fair was this adorable new drawing robot Artie 3000. What makes him so special you ask? Well, let’s just say he teaches kids ages 7-12 how to code using activities created in collaboration with Mensa for Kids. Whoa.

We know you hear a lot about STEM toys teaching kids to learn how to code, but what exactly does that mean? Well, with Artie, kids can imagine simple or complex drawings and designs, and translate them into “drag and drop” code on any device. Then Artie actually draws what the kids have coded, line by line, moving forward, backward, even spinning while lifting and lowering markers.

Related: 5 great STEM toys for kids that are all about math 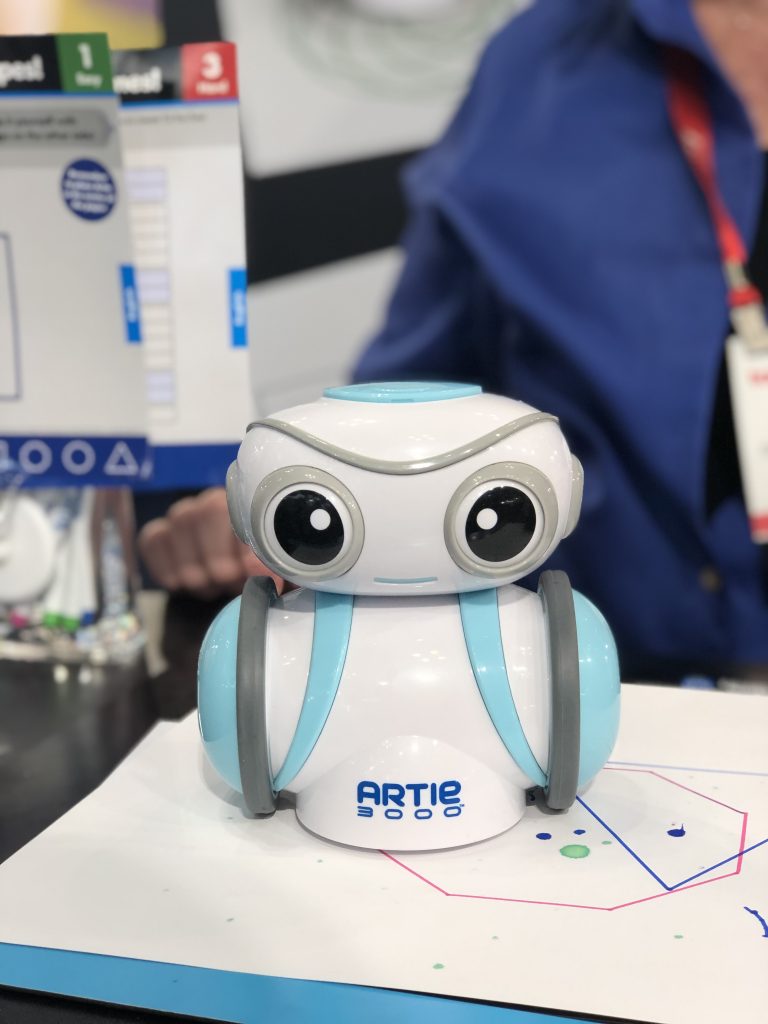 Related: A robot that teaches kids to code, even before they can read.

We know parents will love that Artie’s WIFI is built in, so your kids won’t need an Internet connection to play. And he’s got lots of pre-programmed designs, along with that freeform coding capability to let kids stretch their imagination.

But what’s so unique about Artie is that he’s got an honorary Mensa card. In fact, he’s only the third character to ever receive such an honor, after Lisa Simpson and Mr. Peabody. This means the prestigious American Mensa organization gives him a big thumbs up, and has worked together with Educational Insights (the makers of Artie) to create special activities for kids.

Now, you can’t get your hands on Artie 3000 just yet, as he won’t be ready to ship until the end of March. But you’ll definitely want to keep your eye on him, or hey, pre-order, so you’ll get first dibs on his drawing wizardry (that’s not really wizardry at all). Yay STEM!