A parent’s guide to Among Us: What you need to know before you let your kids play the “it” game of quarantine 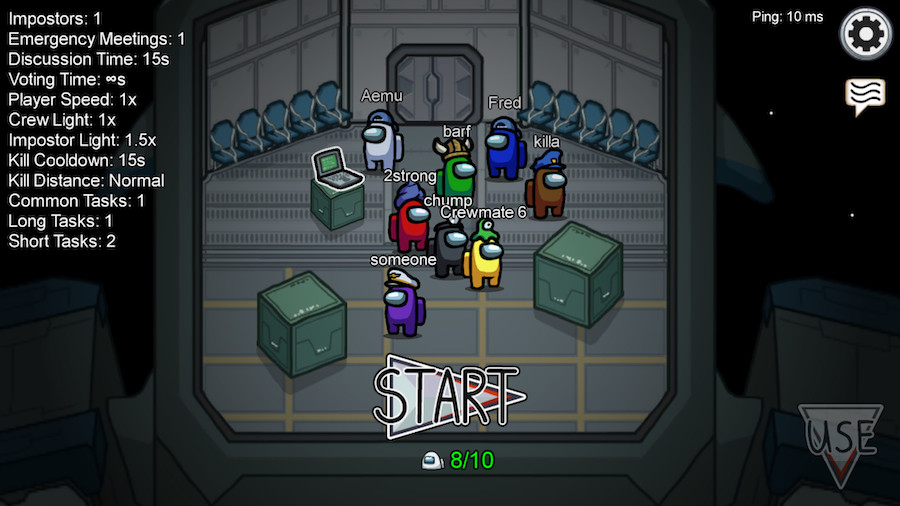 While there has been a lot of gaming going on in our house since the start of the pandemic, no game has quite gripped my family like Among Us. This easy and free-to-download game, which launched in 2018, has became HUGE during this pandemic as more and more people discover it through word of mouth and social media

What makes Among Us so perfect for right now is that it’s a fun, figure-it-out-as-you-go-along type of game, and it doesn’t last an eternity like a game of Monopoly (shudder). As an adult, it’s ideal when you only have a few minutes to play in between work calls or before bed. My kids love it because they can spend an entire evening playing against their friends when they can’t hang out together indoors.

And, it’s so popular that even people like AOC are getting people together to play online.

But the big questions for parents is how old should kids be to play this game and are there ways to make it as safe as possible for innocent eyeballs?

So keep reading and let me take you through the game, and the safety and age appropriateness of it, so that you can decide if it’s right for your kids to play.

Related: Are my kids spending too much time on video games during quarantine? We asked a video gaming expert. 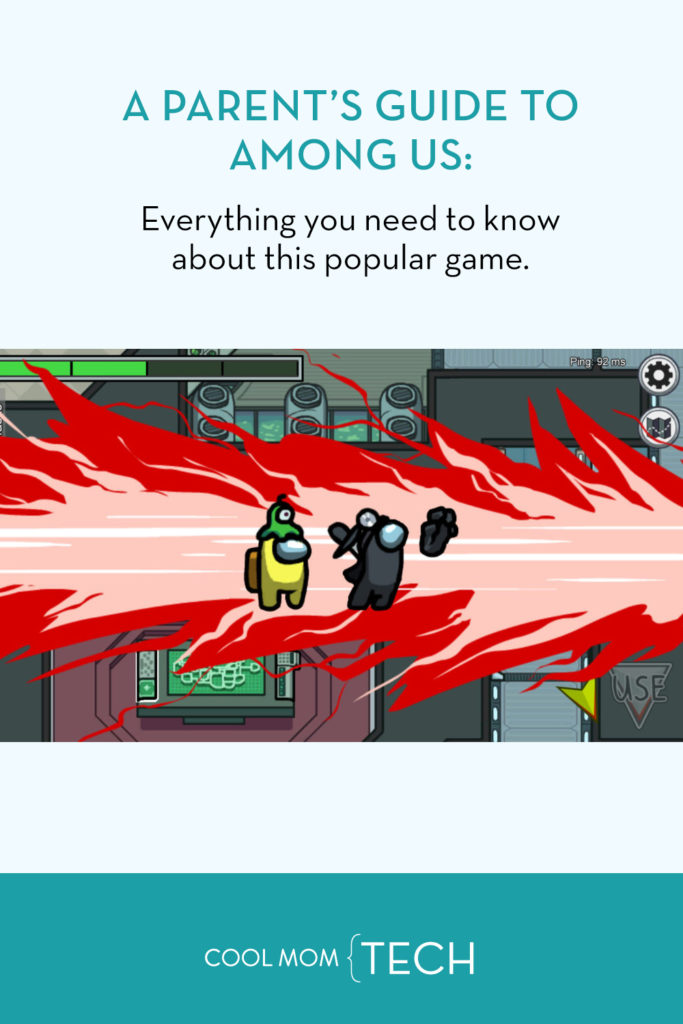 Among Us: The Premise

Among Us has a pretty simple premise: A group of 4-10 cartoony players are together on a spaceship or base and need to make necessary repairs so that they can return to civilization. But, there’s one problem: the pod of crewmates has been infiltrated by at least one ruthless alien imposter whose only mission is to kill as many crewmates as possible before getting caught.

The goal of the crew? Make the repairs on the spaceship and don’t get killed. But also, crewmates need to work together to figure out who the Imposter is so that they can kick them out of the game before they either sabotage the space ship or kill  everyone. These group decisions about who the Imposter is are made in a rudimentary chat room where crewmates vote on who to kick off the spaceship. Choose wisely or you may yeet an innocent member of your crew into deep space while letting the Imposter free to kill again. 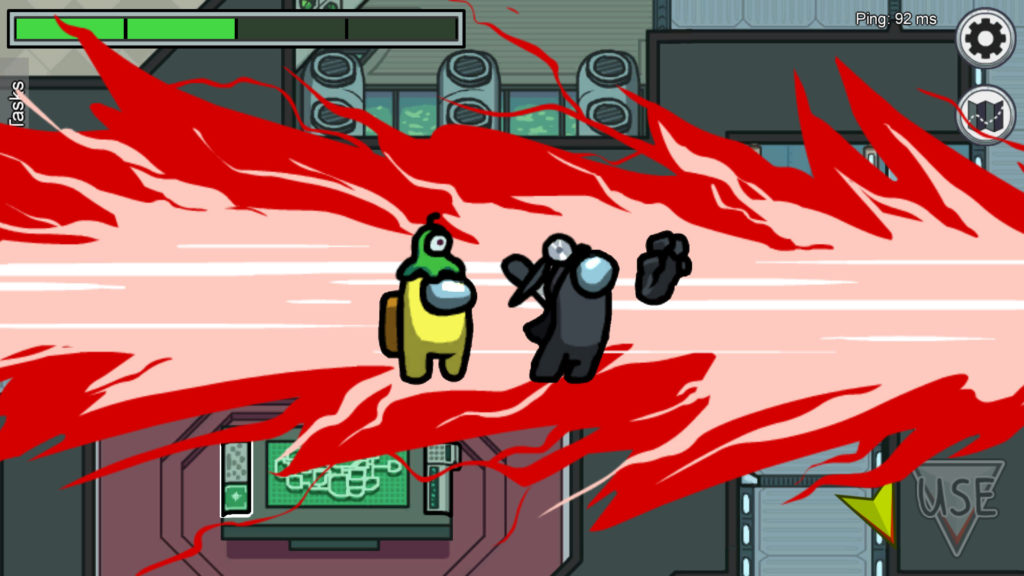 All this talk of “killing” might sound pretty rough, but this is no Grand Theft Auto. Murders in Among Us are pretty cartoony and tame, though I agree with the app rating of ages 9+  which is a good starting point for parents to consider, depending on how sensitive your kids are.

Games can either be public or private. To enter a private game, you must use a 6-digit code to access, a great option for a group of up to 10 friends who just want to play together. A public game is open to anyone who wants to play. In order for me to stand a chance of winning against my expert children, I have been joining public games for weeks for practice; there are loads of games open to join at all hours of the day or night.

Among Us: Gameplay as a Crewmate 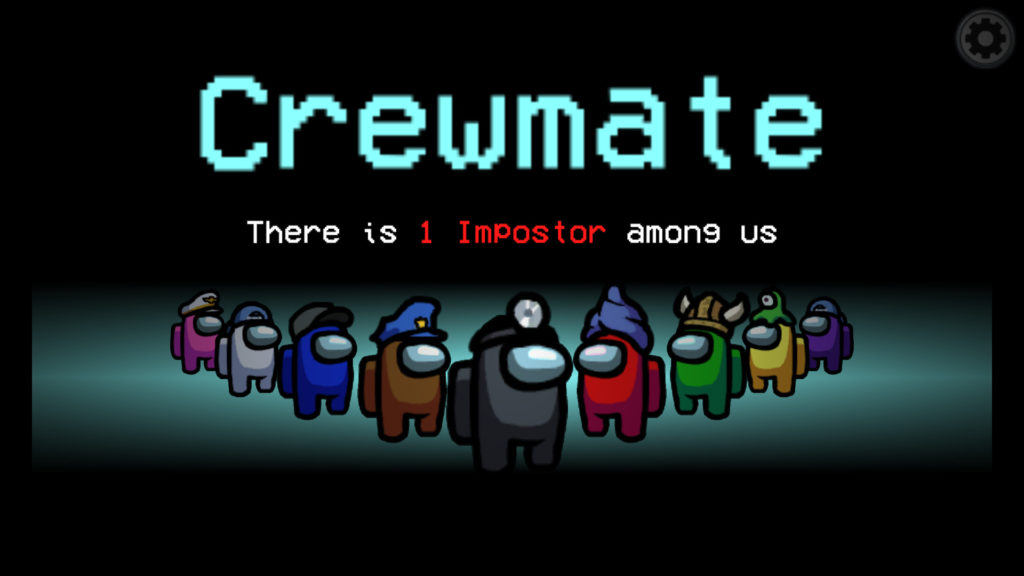 Once everyone has joined the game, your own screen will let you know if you are a crewmate or an Imposter. If you are a crewmate, grab a look at the map in the corner of your screen and start running around to make repairs to the spaceship or base as quickly as possible. Tasks are super easy, like flipping levers, filling gas canisters, and connecting colored wires. Often a big pulsing yellow arrow will appear on your screen to coax you toward your next tasks which is helpful for someone like me who gets lost IRL.

All the while you are figuring out how to get from, say, the electrical bay to the storage room, you need to pay attention to your cohorts. Who is running by you, trying to get to their next tasks? Who is just hanging out, waiting for a room to clear so that they can strike and kill a teammate? And, wait, did the Imposter just try to sabotage the ship? Hurry and find out who it is!

If you are killed? Don’t leave the game and do not fret! One of the best things about Among Us is that crewmates can come back as ghosts who continues to help their teammates by finishing their tasks.

Among Us: Gameplay as an Imposter 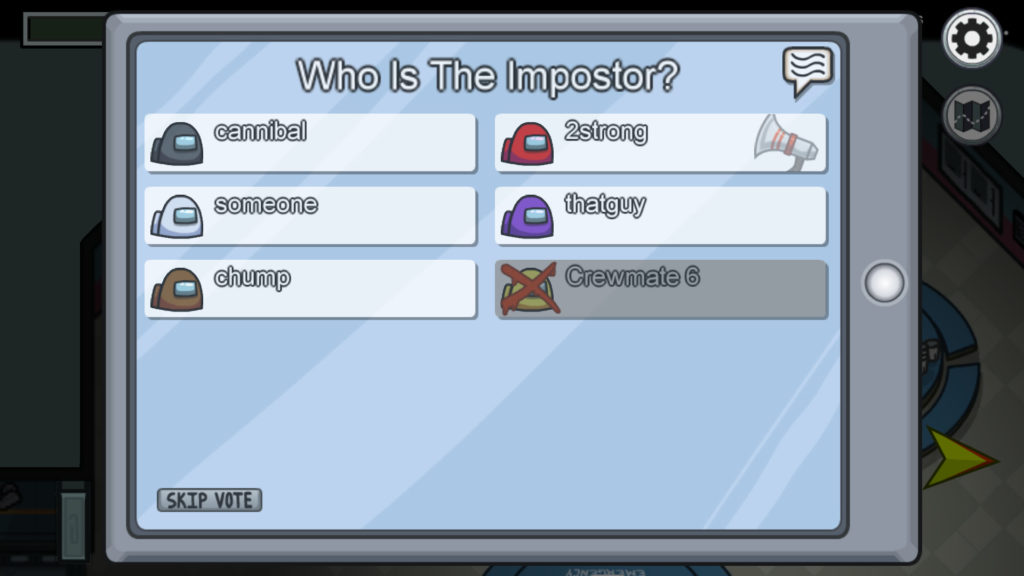 If you are chosen as the Imposter, your goal is to kill the crewmates without getting caught. At first, this may not seem so difficult as crewmates are so focused on completing the different tasks they need to complete. (Imposters do not have tasks beyond “kill the crewmates”) And, with a big spaceship, it isn’t too hard to find yourself alone with a hapless crewmate, kill them and then run away from the evidence. To aid them in their getaway, Imposters have the ability to sneak through vents to get from one part of the map to another; crewmates cannot do this.

However, be careful! Pop up from a vent in front of an unsuspecting crewmate, and your cover is blown! Imposters have to be stealthy while also having a few tricks up their sleeve: Imposters have the ability to try to sabotage the game by shutting off lights, leaving crewmates with only a narrow beam of light to guide them. Or turn off the oxygen and wait for crew mates to scramble to turn it back on before it is depleted.

If you do kill someone, get out of the area FAST because as soon as the body is discovered, an emergency meeting will be called in the chat room to discuss possible killers. This is where Imposters should fein innocence or even sow seeds of doubt about another crewmate. If the crew decides to vote, and the Imposter is singled out, they will win the game. If not, an innocent may be tossed out, leaving the Imposter with another chance to kill more crewmates.

Related: Are the video games your kids love safe for them? We can help.

Among Us: Concerns for parents 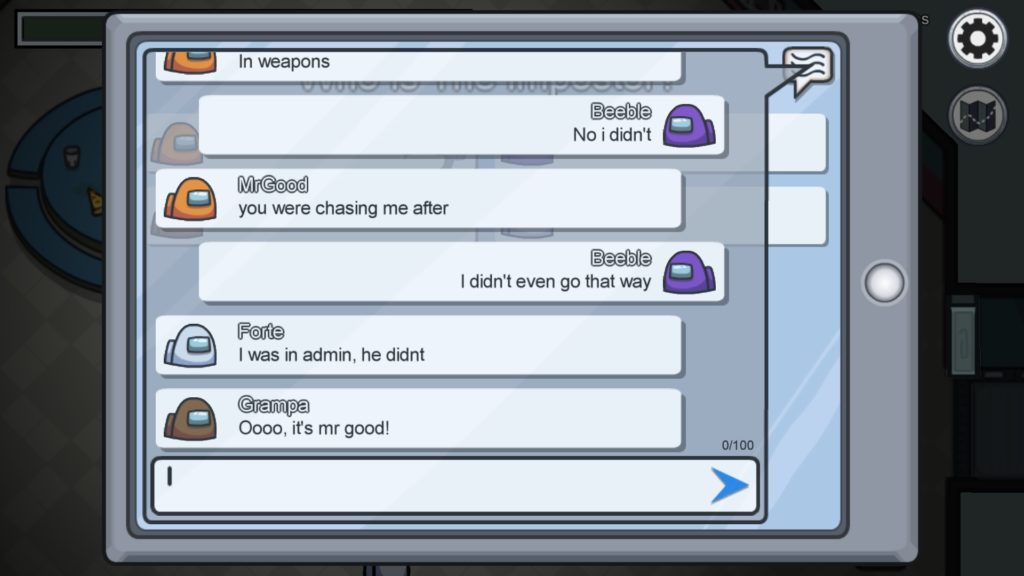 Other than some very mild computer graphics of murder as well as the tension that comes from trying to avoid being either caught or killed, Among Us is pretty benign for almost any tween and above. We have played private games with my sister’s family outside where we can just talk to each other rather than trying to utilize the chat feature, and it’s hilarious fun. And my teens like to gather groups of friends to play virtually which is a great way to feel connected during these colder months.

However, where Among Us can become problematic is when kids join public games or even private games with people they don’t know well. When this happens, you need to be aware of what is going on in the chat area. While the game has a robust blocking tool that keeps swears and vulgar words from hitting the chat room, players can get tricky and beat the system and may even choose user names for their avatar that are not very innocent. During one of my very first public games, I saw a pretty shocking string of racist comments from a player who removed vowels from words to make sure they’d miss the chat blocker. That player was booted from the game by the host—the only person who can remove an offender without a vote—but I wish there was an easy way to report and block them from future games.

Keep in mind, though, that the in-game chat lasts a very short time as players debate who to kick out. It’s hard to get too racy or offensive in that short time, and the blocking tool does a good job of keeping things pretty clean. And while I know parents worry about kids being lured by sketchy adults to give out personal information, it would be hard to establish that kind of connection in the time you spend in the chat area.

From a consumerism standpoint, Among Us is a free game but after each completed game, an advertisement will play–often for another video game. Players can pay to update to the no-ad version for a few dollars.

Among Us: Ways to make game safer for kids

The best way to insure your kids aren’t being exposed to some potentially inappropriate chat is to insist they only play private games with people they know and trust. This doesn’t mean they’re stuck playing with only their boring parents though! Share your game code with cousins across the country and play “live” with them. Or allow your kids to invite a trusted group of school friends to play together from their homes after classes are done.

If your child plays through an online streaming service such as Twitch, insist that they play the audio through the computer speakers and not headphones, so you can hear what is being said. You may also want to prohibit LiveStreaming games too if you are not comfortable with that.

But be aware that even if you give your child permission to play private games, there’s no way to shut off or disable access to public play, so if your kids are curious or even a bit sneaky, they can figure out ways to play with the public. If you are concerned about this, it’s probably best you wait to let them play until they’re old enough to be able to process what they may encounter in terms of chat and know to exit those games immediately.

Even if it does mean they won’t be able to play with AOC for a few more years.

Among Us by Innersloth is available for iOS, Google Play, and Steam.