4 Things you can do with your old iPad (no, this is not a crazy crafting post) 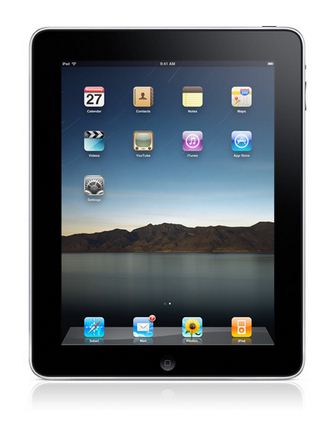 Apple’s had a record week this week with the launch of their new iPad, which is not an iPad 3, but everyone is still calling an iPad 3. If you’re one of the lucky ones who have upgraded to the new iPad (not an iPad 3), you might be deciding what to do with your original iPad, iPad 2 or both.

Sell it? Donate it? Something else?

Here, I’ve got a whole slew of suggestions for you.

There are plenty of places that will give you cash for your used technology. You can use a comparison site like SellCell that gives a quick estimate its value. I found a 32GB 3G and WiFi iPad2 is currently going for $342, assuming it’s in good condition.

Gazelle offers a similar gadget buyback program and is offering $300 for the same “flawless” unit. That takes a nice chunk out of the cost of the new iPad if you’re planning to upgrade.

Related: How to sell your old iPhone:
A comparison of the top 6 trade-in programs

Another option is to trade-in the iPad and rather than get cash, get merchandise credit and the freedom to buy something else for your money. Perhaps you’d rather get a Kindle Fire or
the newest iPod Touch–or even a new camera. To get merchandise credit for your old iPad, you can use Amazon’s Trade-In program which gives credits your account with the trade-in value of your device; or use Apple’s recycling program which and end up with a shiny new Apple gift card.

Donation is always a nice option to consider especially knowing that an iPad can go to great use for so many people–and that all donations to accredited organizations is tax deductible.

For schools, app developer and dad Steve Glinberg started his own iOS donation program where he refurbishes old units (even non-working ones), restores them to factory condition, uploads educational apps and sends them to
teachers around the country. It launched two years ago, but seems like it’s still going strong.

Computers with Causes is another charity that accepts iPad and sends them to worthy non-profits around the country that need them.

Or consider iPads for Soliders, which gets them into the hands of our soldiers in Afghanistan so they
can access the internet, keep up with their reading, or just stay in touch with family back home.

There’s no kid I can think of who wouldn’t be thrilled with her very own iPad, regardless of what version it is or whether it’s got 3G. If feel your kids can handle an iPad (hey, it’s still an expensive piece of technology!) just make sure it’s protected with a heavy-duty case like the monCarbone iPad case or even this Supershell iPad holder made just for kids, though it’s only iPad 2 compatible.

Or heck, why not hand your iPad up? We can think of a lot of parents and grandparents who would be thrilled with your hand-me-down too.