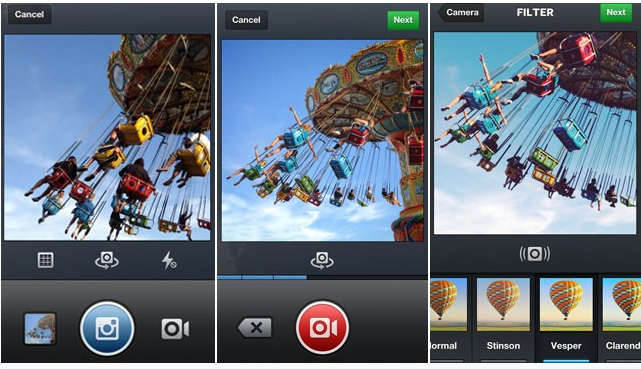 With the popularity of the Vine app for Twitter, we’re not surprised that Facebook just announced that they’ve added video to the Instagram app in the newest version, and we’ve got the scoop!

This afternoon, Instagram CEO Kevin Systrom announced that users will now have the ability to take and share video with their followers. Clips can be between 3 to 15 seconds long and will include new video stabilization technology that they’re calling “Cinema.”

Along with smaller updates to the app, like a more visual news feed, you’ll notice the video icon pretty clearly on the bottom right of the screen which you’ll slide over to shoot video; plus you can delete and re-record parts of a video if you make a mistake, then share them using one of the thirteen new filters. What’s pretty cool is that you get to choose the frame or thumbnail that identifies your video in your feed, rather than being relegated to that first frame.

With over 130 million Instagram users, many of them teenagers, it’ll be more important than ever for parents to be aware of their kids’ accounts and what they’re posting. And according to Systrom, videos will remain the property of the user and will not be used for advertising–but he did mention that they’ll be researching how this might be useful, which could mean it’s possible in the future. That’s not exactly something we’re looking forward to, but for now, we’re excited to upgrade our apps and give the new Instagram video feature a try. -Kristen

What do you think of the new Instagram video feature?