The Times Square Ball App: Because falling asleep early should be the only reason to miss the ball drop 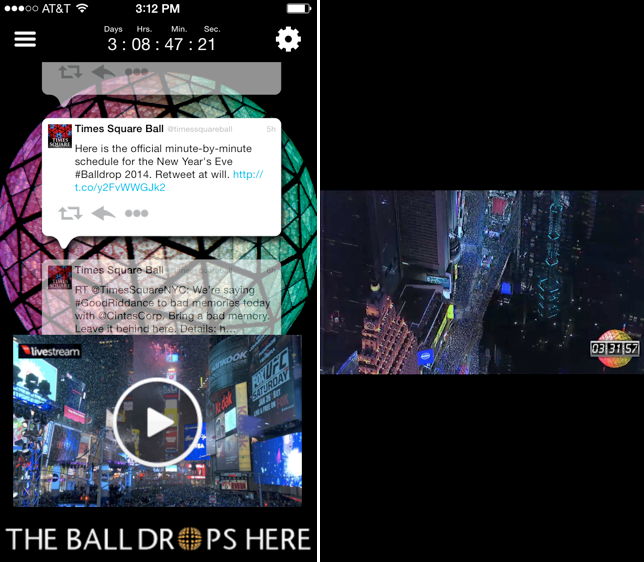 The Times Square Ball has become a symbol of New Year’s Eve around the world, and if you totally geek out about the countdown, you can now be sure you won’t miss a second of the action with the new The Times Square Ball app. At least provided you’re not busy managing an overtired child meltdown right at midnight.

Because there’s no way that any parent in her right mind would actually be in Times Square on New Year’s Eve, this is a safer, warmer (hopefully) way to get in on the action. You can follow the Twitter feed of event info, and spare the risk of pickpockets with a commercial-free, six-hour broadcast of live musical performances, hourly countdowns, celebrity interviews, behind-the-scenes stories and interviews with revelers. It’s also nice, should you be at a party where they’d rather do something like listen to music or make conversation instead of putting on the TV like normal people. (It’s happened.)

While the event is not hosted by Ryan Seacrest or MTV’s Grimes, you will get Allison Hagendorf of the Bad Girls’ Club which could be even more fun. Time will tell.