Amazon gets ready to take on Roku and Apple TV: Are you? 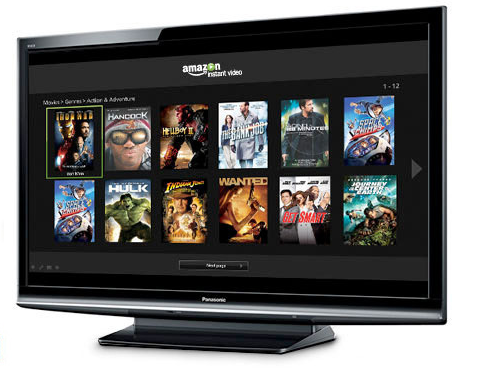 I love my Roku 3. Love. I’ve tried Apple TV and like it just fine. But hey, I’m all for more choices for streaming video content, and if Amazon comes out with a TV box as predicted, then I hope it’s as good or better than anything else on the market.

It’s clear that Amazon is ready to try a big takeover of home video, even if their original plans for an Amazon set-top box have faced delays for the past year.

Just take a look at at their renewed emphasis on Netflix-like Instant Video for Prime Members and a production arm dedicated to original Amazon video series for kids–all coupled with the fact that they already have access to 10 million existing Prime members, with a heavy emphasis on targeting parents and families with services like Kindle FreeTime.

According to recode, the box will be Android powered, like the Kindle Fire, and gaming may play a part in it as well. I have to wonder what that will mean for the extraordinary number of families who rely on iOS devices (mothers are three times more likely to own one than an Android)–or whether it will matter at all, since it’s TV and all.

Either way, I’m always open to new technology, new choices, and new product introductions that might bring all the prices down for everyone. And hey, I can’t blame them. If your Twitter stream looked anything like ours when Season 2 of House of Cards debuted on Netflix this week, if I were Amazon, I’d want in on that frenzy too.

Let’s just hope we’ll start getting more viewing options than Cats + Dogs (kill me) and subpar 90’s-era comedies. (Sorry, Richie Rich.) Which is why I still check Netflix first with my kids on a Friday night.

But if Amazon has secured the exclusive streaming rights to Downton Abbey as reported? That’s a big +1 in the Amazon column.