Carousel by Dropbox: Could this be the photo storage and sharing solution that everyone has been waiting for? 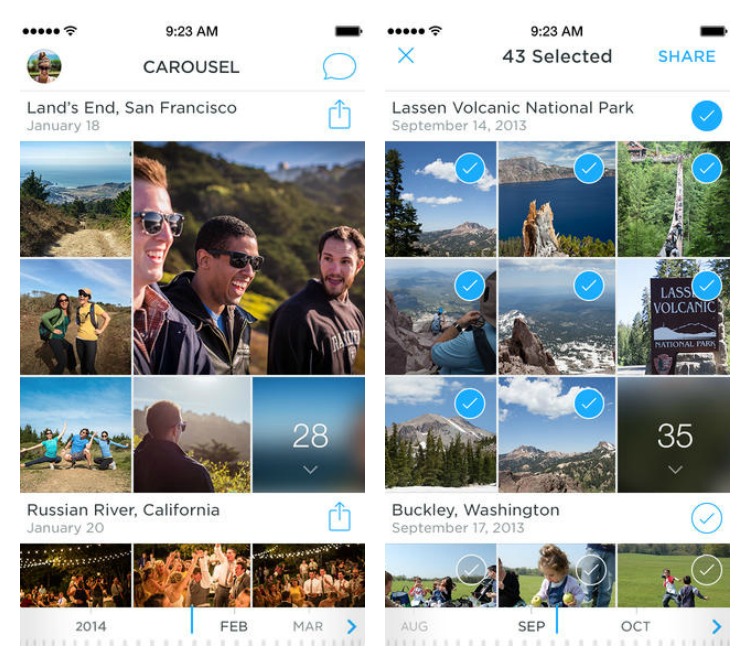 Editor’s note: Unfortunately, Carousel by Dropbox is no longer available.

I’m a big fan of Dropbox, especially for sharing photos. From trips to parties to big games, Dropbox is such a smart way to get pictures out to everybody without clogging  inboxes. And now there’s Carousel by Dropbox, an app that’s even smarter and more simple than the web-based version.

With Carousel, as soon as you take a photo with your smartphone, it’s automatically imported into Carousel. Then Carousel backs up all of your photos to Dropbox– all without ever making you download them manually from your phone to your computer. Now that’s a big deal. Not only does it mean that your photos are instantly accessible both on your mobile device and your computer, they won’t be lost forever if your phone falls into the pool (which almost happened to me last weekend) or your computer’s hard drive goes bad (which did happen to me last weekend).

Sadly, I did not have Carousel then. But you can be sure that I do now.

Sharing photos can work the same way it always did with Dropbox, but you can also select specific pictures and share them immediately with other Carousel users — right from the app. Then they can save them to their own Carousel, in full resolution and backed up to their own Dropbox. How awesome is that? Really, really awesome.

For me, Carousel is a must-have app, and not just because of my recent technical woes. It’s got a pretty interface, it’s  available for both iOS and Android, and it’s free. Best of all, it takes really good care of my photos — which is a big deal for us parents.