The Simkl TV Tracker: Never have to ask again, was that show on Hulu or Netflix? 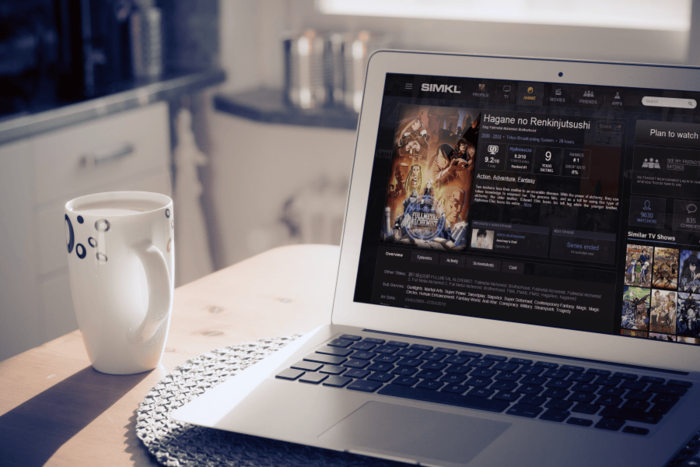 If you’re like me, your movie-going days all but disappeared when you had kids. As a nursing mom, I found it nearly impossible to get away for a few hours without feeling like I was going to explode (TMI?) so we started watching our TV and movies at home online. If you have a Roku, they have a really decent search function to help you quickly figure out whether Season One of Once Upon a Time is on Netflix or Hulu. And until the other streaming devices and services catch up, the Simkl TV Tracker site is promising to keep all that streamlined for me. And a whole lot more.

Simkl has launched a Kickstarter campaign  to develop a website, along with  iOS and Android apps, that automatically track what programs you’re watching and combine all your queues from Netflix, Hulu, YouTube, iTunes, Vudu, and Amazon Instant Video into one list. That way you don’t have to jump from site to site, trying to find where the heck True Detective is. Convenient, right?

The site tracks over a million TV shows and movies, so I figure it should have pretty much anything you’d want to see.

But Simkl is way more than mere search. It will give you in-depth info on each show, like this breakdown (above) on Breaking Bad. I think it’s helpful to know what you’re getting into before you get hooked on a series–especially if you’re thinking about introducing it to your kids. Though probably not Breaking Bad.

The site will use a Netflix-like algorithm to create personalized recommendations based on your viewing habits, then show you where you can find them across every platform. You can also get social, seeing what your friends are watching, reading their ratings and comments, and finding new shows through them. Of course this isn’t really new technology, but I think it’s secondary to the real benefit of giving you a universal media tracker of sorts. It can even remember what you were watching and where you stopped, down to the second, so you can pick up where you left off and avoid that annoying fast forwarding and rewinding you have to do with shows that accidentally reset mid-episode.

For the truly TV-obsessed, you can even create a calendar to organize your life around when new episodes of your favorite shows are airing. Not that we recommend doing this, tempting as it may be.

And watch out for the tracker that can show you just how many hours you’ve spent on any given show. For those of us seven seasons into a new binge watch favorite, that result could be a little frightening.

Support the Simkl TV Tracker Kickstarter campaign before June 15. Just $35 gets you a one-year VIP subscription.