The Roku Streaming Stick: Why it’s a game-changer 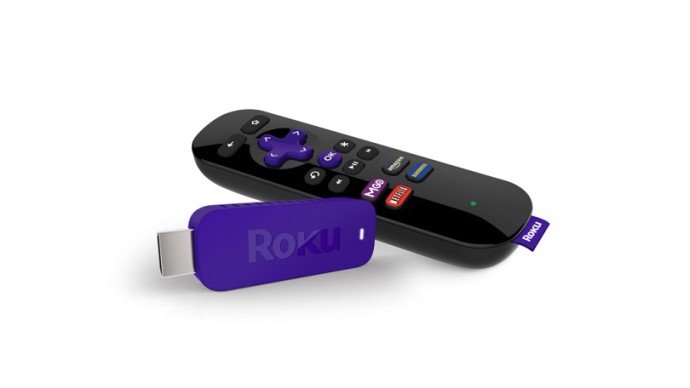 Well it didn’t take long at all for Roku to come out with their very own Roku Streaming Stick to compete with the Google Chromecast which is creeping its way into carry-ons of entertainment-starved travelers everywhere. As an avowed Roku fan, I’ve been excited to try out the streaming stick, and let me just cut to the chase and say that it doesn’t disappoint.

Set-up couldn’t be easier; just plug it into a TV’s HDMi port, plug the cord into a nearby outlet (yes, you’ll need a free outlet) follow the onscreen instructions and you’re pretty much ready to go with the included remote. You will need good access to WiFi for it to work though; first I tried it out in a bed and breakfast that was pretty meh in that department, and no Game of Thrones for me. But using it on the newer TVs you’ll find in pretty much any hotel (or home) no worries at all.

It sure beats watching TV on your laptop, no matter how good your retina screen might be.

Where I think Roku really nails it over Chromecast is that it offers a real live remote to control your entertainment, which I love; although you can still use the Roku app from your phone if you want. And it’s a very very good app.

One minor thing though is that I do wish though that there were some way to clip the Streaming Stick and the remote together so you don’t leave one or the other behind in a hotel room. (Not just me, right?)

Definitely be aware that the Streaming Stick is wider than an HDMI cable obviously, so you definitely need a few inches of clear space around the port to get the stick in, plus room between the TV and wall for the power plug in. So if you’re working with a TV that has something like a Blu-Ray player or gaming console in an adjacent port, it’s going to be challenging unless you unplug one or the other.

For that reason I wouldn’t recommend it as your main Roku device, even if it does cost less than the excellent Roku 3. Spend a few dollars extra for the 3 if it’s going to be your main source of entertainment in your living room or den.

However the Roku Streaming Stick is absolutely genius for travelers of course, whether you’re at a hotel (with good WiFi!) or staying in a Grandma’s guest room where basic cable isn’t cutting it. It’s already ideal for a small kitchen TV where you don’t want a Roku box (not that it’s so big), or I like the idea of using it in a kid’s room or playroom, so you can pull it out easily when you’re done and not give the kids full access to everything on all 1200 of those Roku channels.

Any Roku is a really terrific Father’s Day gift, especially with the current discounts Roku has running, and especially the Streaming Stick if he likes to take his media with him. By Sunday, you’ll be cuddling up and watching in glorious high-def to see which Lannister gets it next. Aw, romantic.

Now through Saturday June 14, save on lots of Roku products through their website. The Roku Streaming Stick remains at $49.99, while the Roku 3 is $10 off