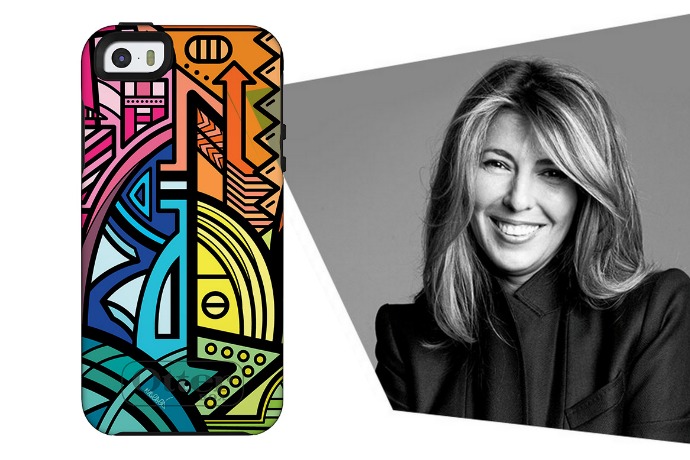 It’s been a big week for Otterbox around here. First they wow us with their new Agility series of iPad cases and accessories, and now they add to their Otterbox Symmetry Series high-style cases with a new design from Nina Garcia who is pretty high-style herself.

The Brazilian Pop pattern for Galaxy S5 and iPhone 5 is inspired by vibrant, exuberant Brazilian street art, which might explain why it looks totally like a Romero Britto design. (Not just me, right?) It’s got the same shock-absorbing drop protection as their other cases, and that raised beveled edge I always insist on for my own cases to protect the screen because it absolutely makes a difference.

(This all despite some awful guy at CES 2013 who tried to sell me on a case without a raised edge by insisting that if I “threw the phone on a pointed rock” it would break no matter what anyway. Lesson: Never throw your phone, screen-down, on a pointed rock. Also, don’t ever write about that guy’s phone cases.)

Looking closely at the Otterbox site, the case is “inspired by” Nina, so I’m not entirely sure what her role in all of this is. I just know that even if she’s an endorser, she’s cool, and the case looks cool, and it’s an Otterbox which means your phone will be cool. Even if you drop it on an average, not-so-pointy rock.

Find the new Nina Garcia BrazilianPop Otterbox cases for iPhone 5/5S and Galaxy 5S starting at (corrected) $49.95 at Otterbox. Other cases in the Symmetry line start at $39.95.