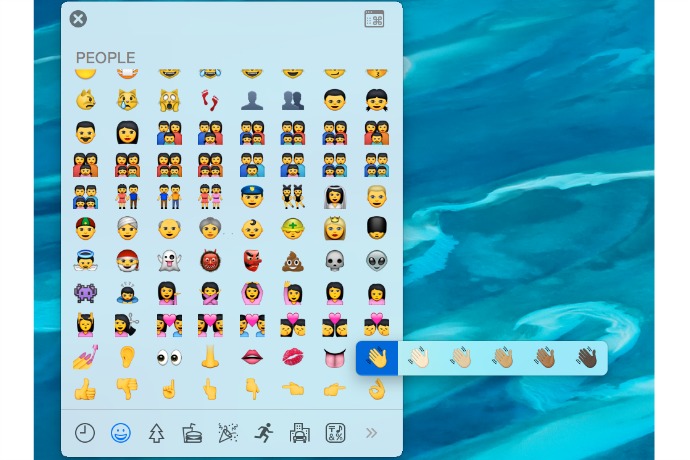 We’ve heard that developers are beta testing the latest versions of iOS and OS X, with a WiFi bug fix and blah blah blah blah. Let’s be honest, we know that what most people really care about right now: emoji. More specifically, racially diverse emoji which we’ve been hoping for for a while now. From the blushing bride to the fist bump, Apple users will soon be able to click and hold any emoji character to adjust it to one of five skin tones.

Beyond racially diverse emoji, we’re also thrilled to see that the family unit emoji selection will expand to include depictions of families with two moms,  two dads and more than one child, along with emoji featuring two women or two men with a heart between them.

Huge props to Apple for making more inclusive emoji of all kinds a development priority. Because we haven’t seen any stats, but it’s a pretty good bet that heteronormative white people aren’t the only ones who like to text ridiculous emoji messages.

No official release date yet for iOS 8.3, but a public beta is scheduled for mid-March. Also note that at this time, overuse of emoji instead of actual written language is legal in all 50 states.