The Earth by Tinybop: the wonderful new app for future geologists. Or just curious kids. 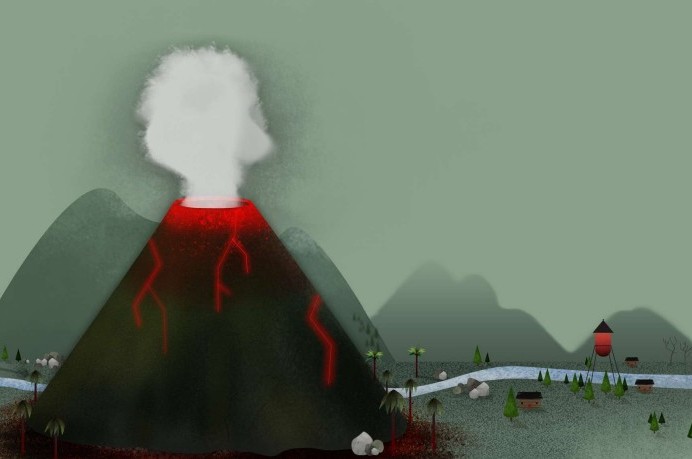 We’ve found that our kids learn best if we give them the opportunity to be curious about things first, and that’s what the exploration apps from Tinybop do so well. Whether you kids are interested in the human body, architecture, or building machines, they have lots of ways to learn as they explore thanks to one of our favorite developers, and they won’t even realize it. Now they can explore our planet too, with the brand new The Earth app by Tinybop, just released this week.

As with Tinybop’s other apps, we love that there are no instructions on this app at all. Kids about four and up are allowed to intuitively make things happen as they move through the lovely illustrations by Sarah Jacoby of the earth’s surface and its core, travel across time, and generally get to know the planet we live on a whole lot better.

Volcanos explode as magma boils under the earth’s surface. Tap a fault line’s hotspot, and an earthquake disrupts cars, rivers, and homes. Or play with the waves in the arctic ocean, as they erode away the landmass around it. It’s exciting, and yet it’s all kind of zen.

Related: 16 of the best science apps for kids of all ages

Even though what’s happening on screen isn’t spelled out in a encyclopaedic way, kids will absolutely get to understand scientific cause-and-effect through play. Later, they can go back to their teachers to find out why fossils are in layers in the earth’s surface, or why waves come in at high and low tides.

Then again, they may ask you. So get ready to Google.

You can download The Earth by Tinybop, part 5 in Tinybop’s Explorer’s Series, at the iTunes store for your iOS devices for $2.99.

Also, check out other apps from Tinybop that we love including The Human Body app, Tinybop Plants, Tinybop Homes (always a big hit with our kids), The Everything Machine, The Simple Machines app,  and The Robot Factory app.