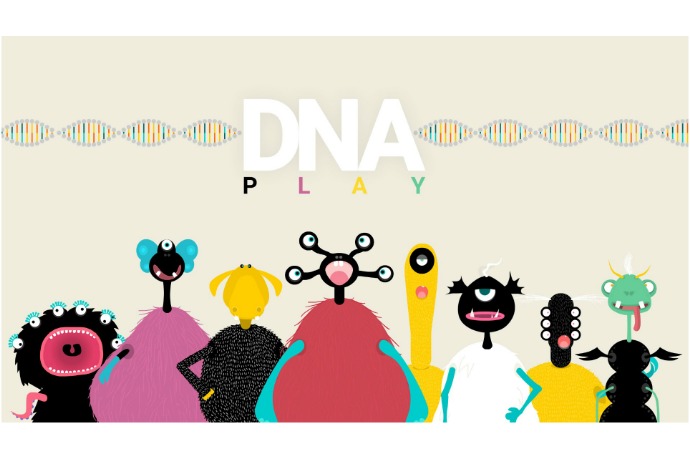 We’re definitely fans of the way Avokiddo tackles educational apps for young kids. And its latest release, the DNA Play app keeps our praise parade going. This time kids get to delve into genetics, but it’s not heady or complicated. Quite the opposite! In fact Avokiddo keeps the basic concept of The Double Helix fascinating, fun, very cool.

After completing a series of easy-to-follow “DNA” puzzles, DNA Play app lets kids create over 200 billion unique, quirky, goofy monsters by building and tweaking the creatures’ DNA. They can fiddle around and experiment with different mutations — in real time — while making their tiny Frankensteins do funny things like skateboarding, dancing, eating, or even fending off other more familiar animals, like an unimpressed elephant.

Kids can save their creations to play with later or start the process over again and build new, sillier monsters, if they’d like.

Although the app is geared toward kids aged 4 to 10, I think a better cap might be 8 years old. But even if your younger kids are playing around with it, rest assured there are no banners, third-party ads or in-app purchases to watch out for. It’s just good fun with science and imagination, and those always score high with me. No wonder it’s one of Apple’s  own “Best of 2015” titles in the App Store.

DNA Play app is available on iTunes, Google Play and Amazon for a well-spent $2.99.