An app to help young kids learn about music, easily 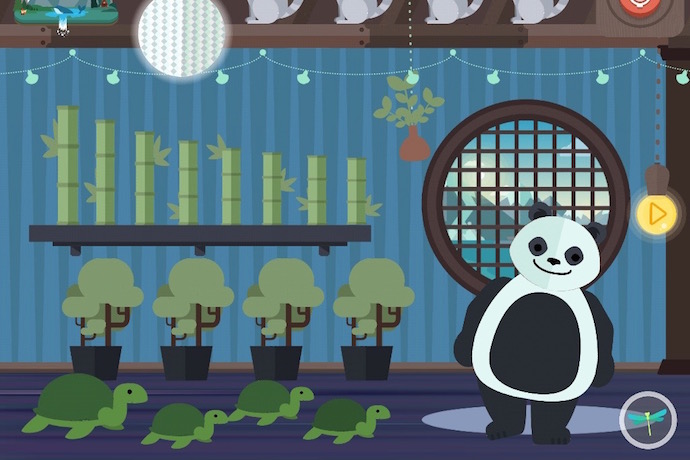 When it comes to my range of talents, I’m sadly lacking in the music department. Yep, I’m pretty much tone deaf, unlike Kristen, the former music therapist, who puts us all to shame there. However I still really want my kids to get the benefits that come from a good musical education. And I’ve found a great place to start, especially for kids who you might not be ready to invest in music lessons for yet.

The Edoki Academy Easy Music app  (iOS and Android) is a terrific music app for kids around preschool age, because intuitively builds music awareness while they think they’re just having fun.

It’s one of a series of Edoki Academy educational apps which all use Montessori methods to teach kids skills from letter sounds to geometry, and now, music. I love how simple it is for kids to learn some of the basics while they’re just playing around — they can tap the screen as bees fly over a target to learn about rhythm, match tones played by different animals, and play more interactive music-based games that really get them excited about the basics of music education.

I’d say the most fun, though, are the rooms full of animals and objects that each make different sounds, from percussion beats to melodic tones Your child can tap away at pandas and flamingos, all to create their own preschool magnum opus.

The app really is great creative fun and while it’s $3.99, which is more than a lot of parents want to spend on kids’ apps, I’ve found it’s 4 bucks of mine well spent. Kids will really get a lot of use out of it. In fact, if they love it enough, it might also a good opportunity to finally invest in a pair of kid-friendly headphones.

You can download the Easy Music app by Edoki Academy for iOS and Android for $3.99.