The new SciMoji women of science emoji: Because the past is female, too. 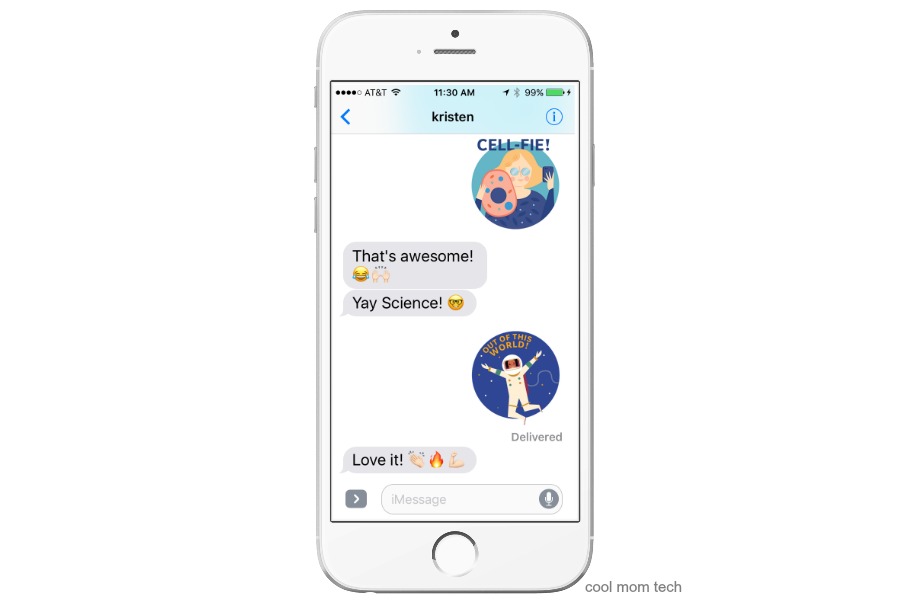 If you caught that awesome GE commercial that ran during the Oscars, asking, what if female scientists were treated like rock stars? then no surprise that they’re extending the campaign in a very 2017 way: With a SciMoji women of science emoji sticker pack.

Install the app from the App Store, and you can respond to WHERE R U with a photo of astronaut Joan Higgenbotham suiting up. Having a good day? Text a sticker that reads I’m as positive as a proton!  Or kick off a hot sexting session with your geeky sweetheart, using the sticker of carbon scientist Millie Dresselhaus that declares, we have an ionic bond.

Related: The Women of NASA LEGO set is coming!

It’s a fairly diverse group of 11 heroes of science on 24 stickers — several of whom worked for GE of course — although I am missing my fantasy BFF Katherine Johnson.

Oh and it’s only available for iOS and iMessage. Perhaps there’s some quantitative, peer-reviewed research indicating that women of science don’t use Android phones.