A smart handbag you unlock with a fingerprint? Want! 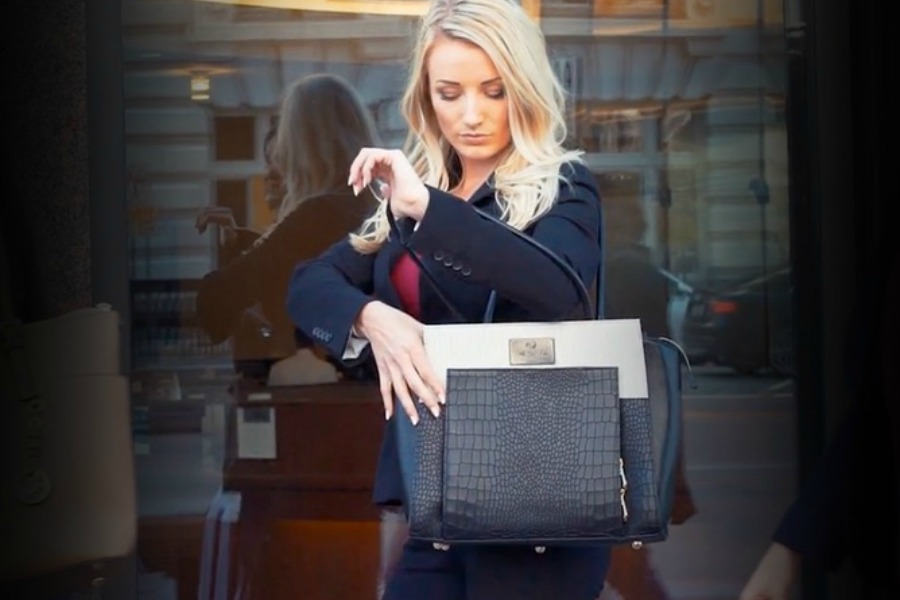 When I think of a smart handbag, my mind goes to looks. But in the case of the FYB London Smart Handbag, billed as “the world’s smartest handbag,” it’s a combo of chic designer styling and useful technology that land it on my covet list.

First of all, it’s got a biometric lock. As in, you can only unlock the bag iPhone style, with your fingerprint. If that’s not like the best ever bag for NYC subway commuting, I don’t know what is.

On top of that, there’s a wireless charging pocket to keep your phone charging on the go and a built-in power bank that promises major charging capability (they claim 3 full charges), so that’s kind of awesome.

Bluetooth distance alerts could be great for both spies, anxious travelers, and parents with toddlers who like to steal our stuff.

There’s also an RFID shield, but honestly, from what I’ve read they’re pretty unnecessary and alarmist; wireless hacking about the least likely way a cyber criminal might target you. So as long as it doesn’t make the bag cost significantly more, then why not.

Unlock with a fingerprint, what?!

There are just two catches: One, this is a Kickstarter campaign so you’ll have to wait until August to get your hands on one. And two: Suggested retail is $399 for the bag, $450 for the tote. Yikes.

All the more reason to make an earlybird contribution and save 35% by supporting the launch now. Now that’s smart.

You can preorder the FYB London Smart Handbag at a discount: $259 for the bag, $299 for the tote. Hurry though! There’s a limited number of these rewards available, and the bag has already passed its fundraising goal in the first week.