You can now watch TV while running outside. No, it’s not April Fool’s Day. 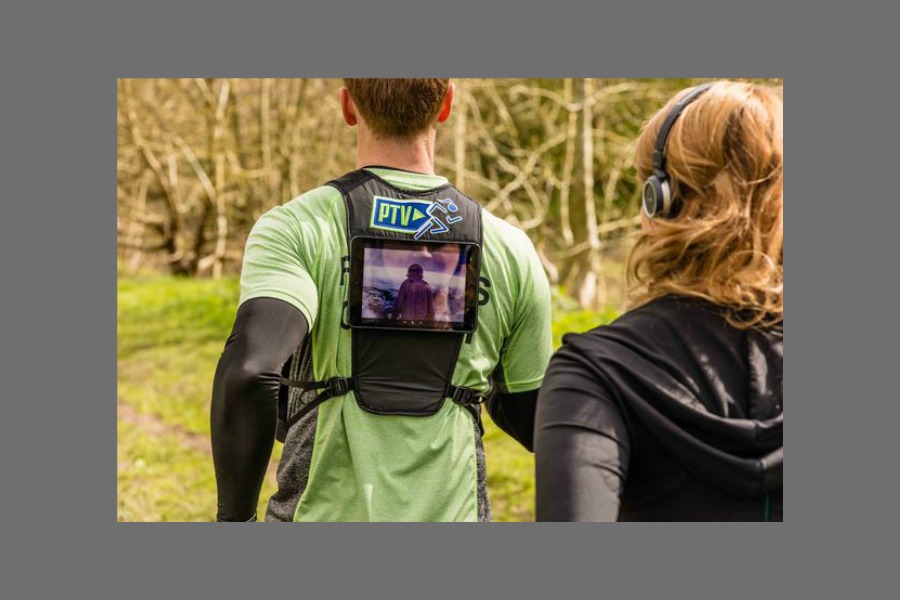 We couldn’t help but share this hilarious new service that’s being offered by David Lloyd Clubs in Great Britain. Basically, you can pay a personal trainer to run in front of you with a TV on his back so you can exercise outside and binge watch at the same time.

Related: 7 fitness apps for parents or anyone who does have a lot of time.

As a former runner myself, I would save up all my favorite shows to binge watch on the treadmill because it’s so darn boring. That’s why this seems pretty ridiculous, since the reason people go outside is to look around and enjoy nature. Not to mention, how safe is this actually? And to be honest, I think I’d just spend the whole time feeling bad that the trainer was having to run the whole time with me (or, probably in my case, walk fast).

But hey, as someone whose exercise as of late has consisted of walking the dog twice a day, which I know isn’t that bad but also, not that awesome, maybe this is what I need to get my butt in gear. I’m not quite sure if PTV (as they’re calling it) will take off here in the U.S. But hey, you could share this post with your personal trainer and gym to see what they think. Just make sure to tell them it’s not an April Fool’s Day joke.