Here’s what I learned after letting my tween daughter use TikTok (formerly Musical.ly) 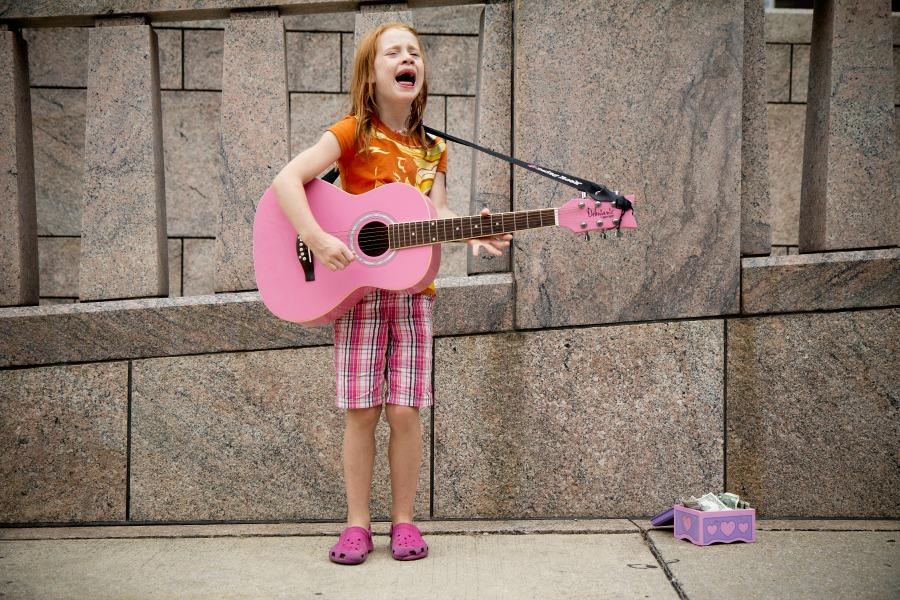 Feeling inspired by Jordan Shapiro’s interview on NPR with our former Spawned guest Anya Kamanetz, and reading his book for our upcoming interview with him on Spawned, I decided to let my tween daughter give TikTok (formerly Musical.ly) a try. I’ve decided that I want my little digital natives to grow up to be extremely savvy and informed digital natives, and who better to teach them than someone who works in that same space (aka social media) all day, every day.

So, I downloaded the TikTok app to my own  phone and we got started.

Related: Screen time + kids: What are the experts saying?

The app doesn’t feel super intuitive. At all. (Or maybe I’m just old).

As someone who considers herself to be pretty tech savvy, I have to say I felt a little out of my element trying to show her how to use TikTok. In fact, our time using the app was mostly spent having her show me how to use it. I was able to get her account set up, and all the safety settings activated, but after that, it was a steep learning curve for me. I’m so glad I took the time to do this with her so I had a better understanding of how the app worked. I honestly cannot imagine just handing it over to her and letting her run with it on her own. 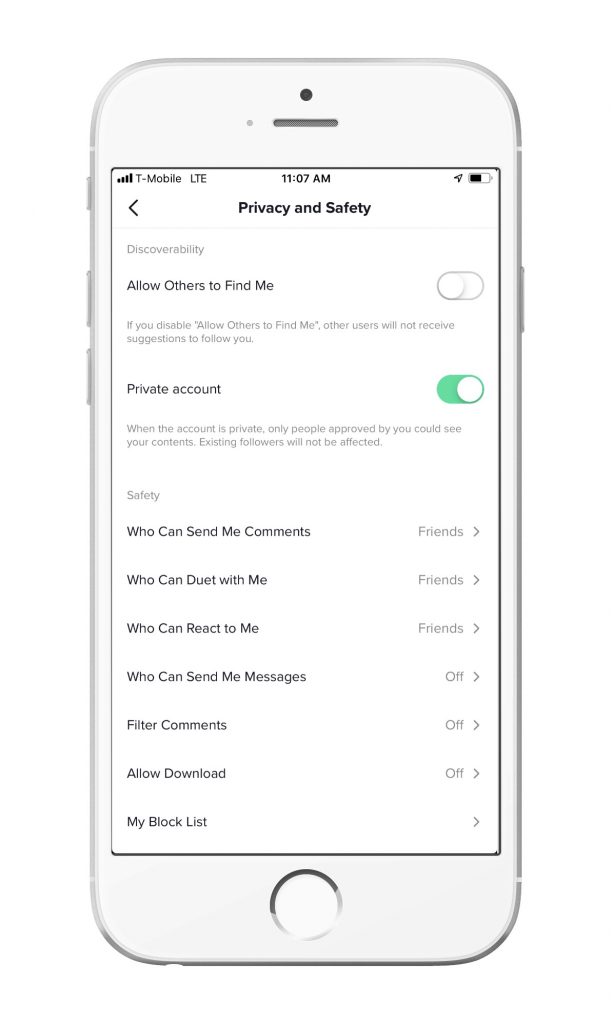 There are some privacy and safety settings, but not enough for kids.

Even though she is using TikTok on my phone, the account is hers, so it was important for me to keep it as private as possible. You can turn off the “Allow Others to Find Me” feature, and set the account to private, both of which I’d highly recommend for any teen or tween on the app. And then, you can set safety settings like who can comment, who can duet, who can react, and who can send messages. There’s also the ability to filter comments with certain words, and allow people to download your videos, all of which I set to off.

The challenge is that even with a private account, kids can see all the videos posted on TikTok, and not all of them (surprise!) are appropriate. And unless you mark each of their own videos as either “private” or “friends only,” the video default setting is public. The content can be questionable and the songs are too, some of which feature expletives. There’s really no way to get around this whatsoever, other than turn on “Restricted Mode” (which limits the appearance of videos that might not be appropriate for all users). Even then, things can most definitely slip by.

Related: Screen time and social media – Are we doing it wrong, parents?

The whole “I got likes!” thing is real.

My kids have not been on social media at all (save my teenager who could care less about likes or follows), and so it’s actually the first time my kids have done something themselves and watched the response from their friends. Almost immediately after her videos were seen by her friends, my tween was like “I have 100 likes, mom!” and I could feel the shift happening. I mean, my work life is based on likes, follows, and shares, so I get it.

As much as I might have let out a deep sigh of innocence lost (okay, a bit dramatic, but whatever), I was grateful for the opportunity to talk to her about the like culture, and explain to her what it really means, and how that shouldn’t affect how she sees herself. This isn’t just native to TikTok, by the way. It’s something we need to talk with kids about when it comes to all social media platforms. 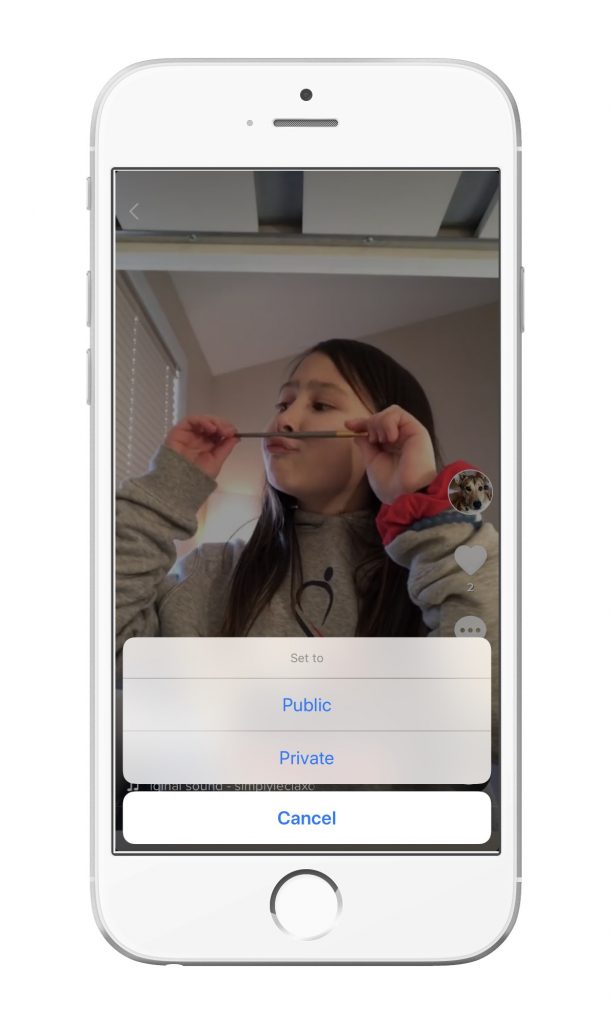 The creativity is pretty freaking amazing.

I have to say that I’ve been super impressed with how creative she has been in making her videos. There are a ton of really fun editing features that can be utilized to make a TikTok video, and I am blown away with how quickly she learned how to use them. It’s really no surprise that the app is so popular.

What this tells me is that kids could be doing some cool things with a video camera and iMovie, rather than sitting on an app all day spending time making these short little blips. If your kids are into TikTok, think about the skills they’re using and help them develop them in a way that could serve them well in school and life.

Related: 5 things you need to know about TikTok, from parents who know

With that in mind, it’s a time suck.

So, let’s be honest here. Social networking apps are all infinity pool apps. You can scroll, and scroll, and never, even get to the end. TikTok actually has a digital well-being tab, that allows you to set a 2-hour time limit on the app, at which point it shuts off. I’m not surprised whatsoever because the number of videos (similar to any other social media we all use) is endless. I will say that creating the videos takes way longer than I expected, so I don’t think all the time spent is consuming, but it’s definitely something to have on your radar.

Once you play around with TikTok for awhile, you can see why so many kids love it so much. It’s fun! It’s creative! But it’s not designed for kids. (Side note: Someone please design something like this for kids!). I’m not as concerned about who is seeing her videos, because you can shut all that down. But you can’t control what they’re watching, even with Restricted Mode enabled. And then amount of time and energy spent on watching random people do sometimes funny, sometimes weird things on video and how easily time can be wasted away.

For now, I will continue using TikTok with her on my phone until I know she’s armed with the skills to navigate mostly on her own. Operative word: mostly.

Photo by Felix Koutchinski on Unsplash