Is the new Spotify Kids app worth the extra money? 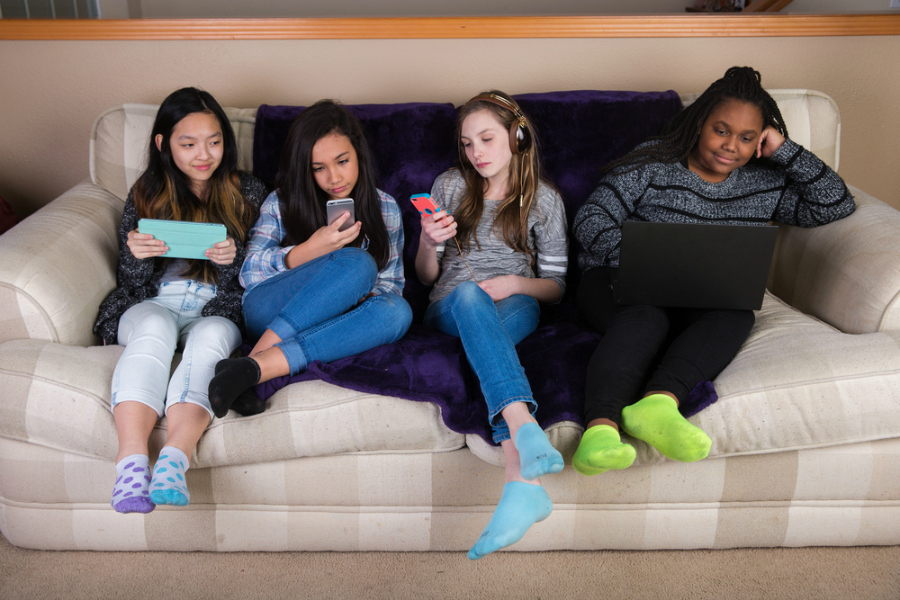 When I first heard about the new Spotify Kids app, I was pretty excited. Would this be the app that would wean my son from the Moana soundtrack and expand his musical horizons? Is this the app for kids who are ready for their own music, but not everything that the regular Spotify app offers? Maybe!

The Spotify Kids app is totally separate from the adult version of the app, which means you can keep those beloved Disney musicals won’t end up on your profile and suggested songs. You’ll find fun cartoon avatars and a simple interface that’s basically an assortment of fun playlists: Disney favorites, lullabies, dance songs, you get the idea. It even has a Dr. Seuss channel, which features some favorite audio story books, plus other quirky playlists that kids will love. Songs about dinosaurs, anyone? They’ve even got songs exclusively about hand-washing.

Related: Spotify announces Family Accounts. Because there are a few times that sharing isn’t nice. 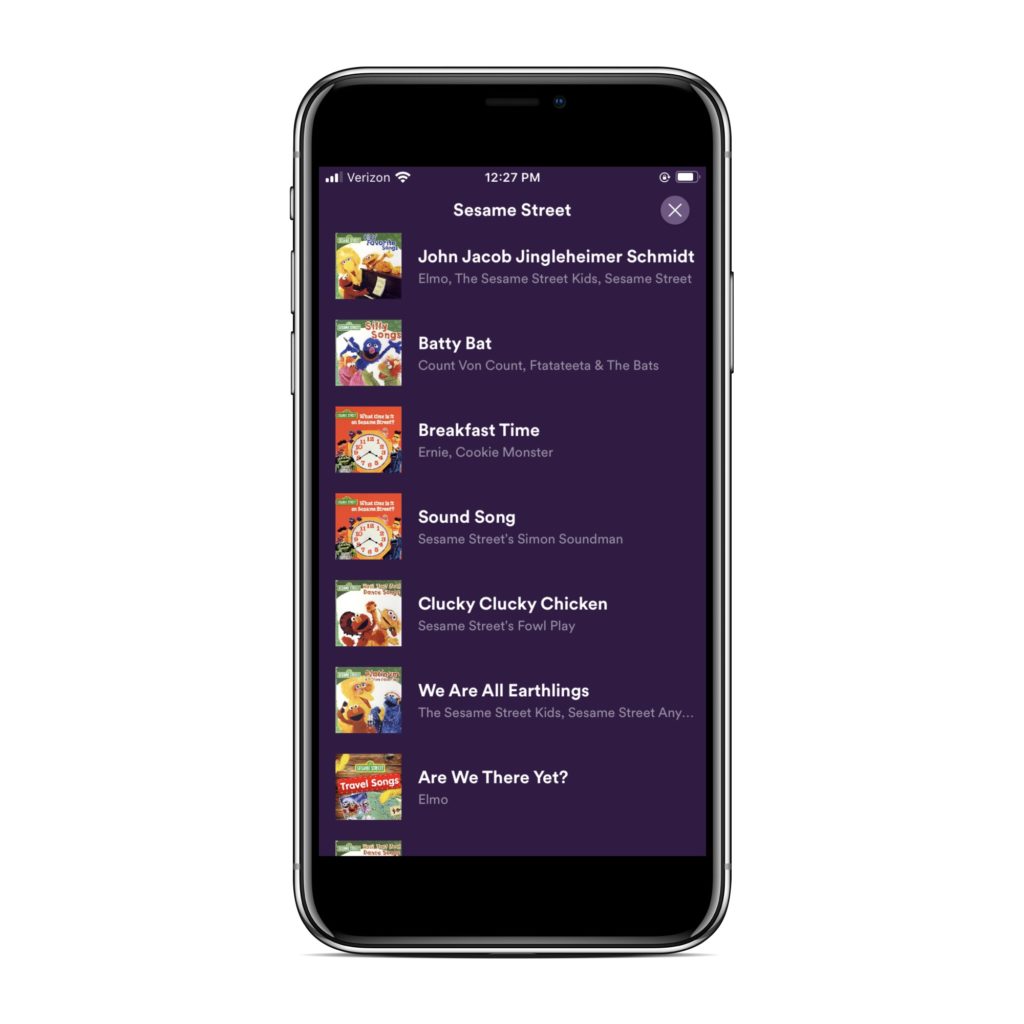 Related: 15 awesome podcasts for kids that parents will enjoy, too.

Each time your kid hears a song they like, they can press the heart button and the app will automatically include it in a playlist of your child’s favorites, which can be accessed offline (unlike the rest of the content).

In addition to those features, the creators designed this app with some thoughtful considerations that tech-savvy parents will appreciate: like the fact that Spotify Kids never shows ads and doesn’t collect data on kids’ habits to sell to advertisers. The playlists are also hand-picked by editors, and not algorithms, so they’re filtered for both profanity, references to violence, and other things parents don’t want their kids having access to. 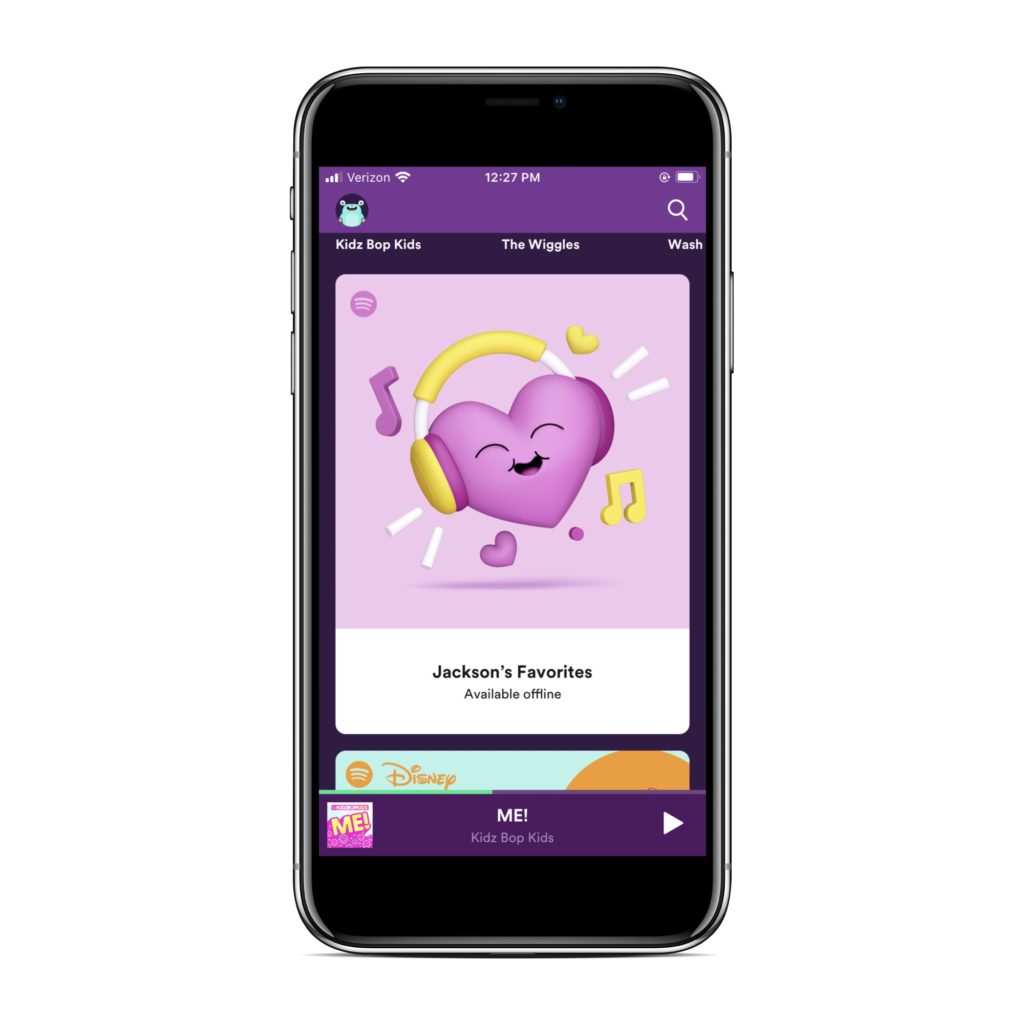 A few things to consider: You’re not able to add songs from regular Spotify if the Spotify Kids team hasn’t deemed them appropriate already, which might be a dealbreaker for older kids who love certain pop and rock songs that they might want mixed in. And their selection isn’t huge right now.

Plus, kids can’t create playlists outside of their list of favorites, so they can’t separate their favorite tunes by activity or mood. Also, while you can cast to a bluetooth speaker, like the one in your car, Spotify Kids currently doesn’t integrate with Alexa or Google Home. So if your child has an Amazon Dot in their room, for example, they won’t be able to use it with Spotify Kids. Although I’m hoping they’ll remove some of these limitations in later versions of the app.

Spotify Kids is exclusive to the Spotify Premium Family, which is $14.99 a month. This seems like a lot when so many of us are trying to save money, but if you’ve got a lot of people in your family on Spotify, the family plan is definitely the way to go. And if your kids use the Spotify Kids app, which means screen-free time, then it’s definitely worth it.