6 great Apple TV+ original shows to try, if you’re still on the fence about subscribing 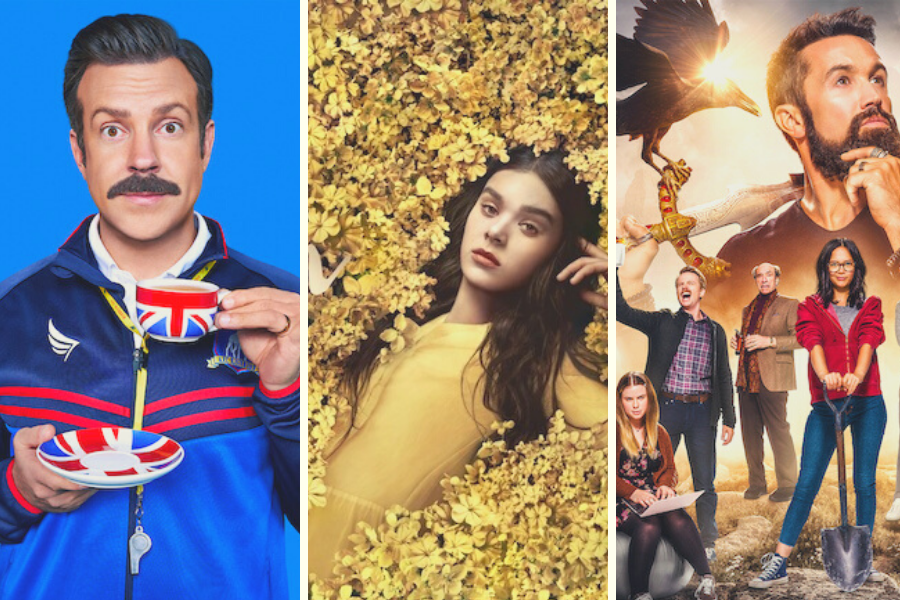 Have you been wondering if there are enough Apple TV+ original shows to make it worth adding another streaming service to your menu? I get it, we have a lot—and I mean a lot—to choose from these days, and my family is on a budget. Since each service charges their own fee, choosing one we will actually watch is important for my family.

We cut out cable at our house, and we’ve subsisted on a heavy diet of Netflix (hey there, The Office) over quarantine. But lately, the service I watch every night is Apple TV+, so I thought I’d share the shows I’ve personally loved in case you’ve been on the fence about it too.

Also, it’s just $4.99 per month. Totally worth trying for a month to see if you like it, in my opinion.

This post contains affiliate links, which means we may receive a small commission from certain purchases to help support the work we do at no additional cost to you. But this is my completely honest, 100% not-sponsored opinion about the shows I’m kind of obsessing over right now.

Related: All the HBO apps and services, explained. Because we’re confused too. 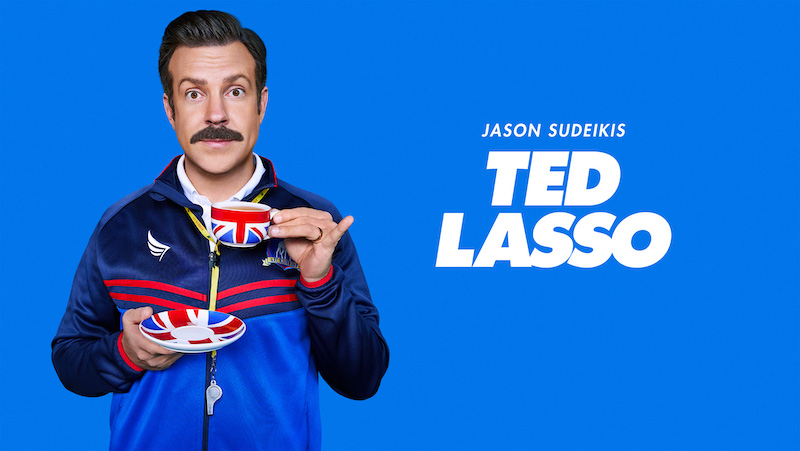 I adore Ted Lasso. In fact, I’m currently on my 3rd watch of season 1. There is no one else like him on TV (or streaming, or anywhere) right now. He’s an optimist with a heart of gold…but the show isn’t all chuckles. Ted’s an American football coach who’s been ironically hired (with sinister motives) to coach an English soccer team. They hate him. His players are, let’s just say, difficult. But his good-guy charm wins them over while he’s privately processing his own demons. This show is worth the Apple TV+ subscription all by itself. (TV-MA, recommended for 15+) 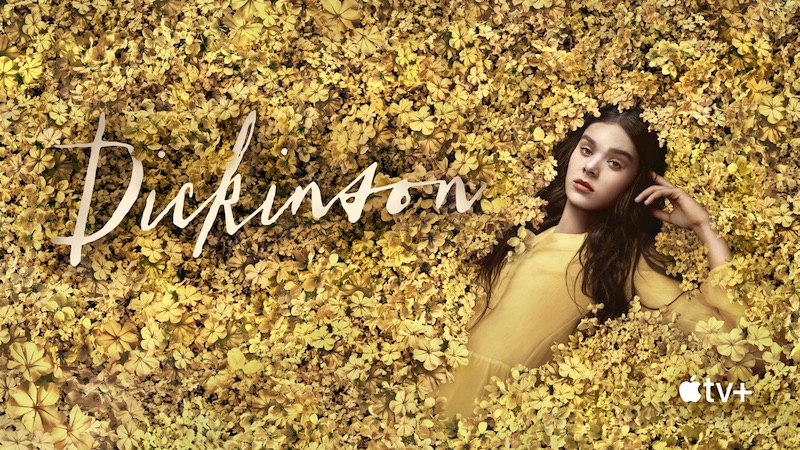 I expected a moody, brooding drama about a poet I don’t exactly love, but I was surprised to find Dickinson to be upbeat and fun and angsty. It has great music and is a fascinating (albeit fictionalized) peek into Emily Dickinson’s life before she becomes the famous recluse. The cast is great, and I have to mention: John Mulaney is a super-fun guest star as Thoreau and Hailee Steinfeld is a captivating Emily. If you’re looking for something to binge after Bridgerton, this is a good place to start. The episodes are short and full of energy and feminist enthusiasm. You’ll find you’ve watched several before you realize it. (TV-14, recommended for 15+)

Related: 3 apps that help you manage your subscriptions, even the ones you didn’t know you had

If you have any interest in gaming or gamer culture, then you must allow Mythic Quest at least one episode to win you over. This show was developed by the team behind It’s Always Sunny, if that tells you anything. It’s set at the Mythic Quest headquarters—a fictional, massively popular MMORPG (if you know, you know). It features a nerdy coding genius, a meglomaniacal CEO, an aging Nebula-award winning storyboarder, a somewhat cruel financial director, a bizarrely devoted assistant, and more. It’s epic and fun, and it actually drew my kids away from their own games to watch with us. (TV-MA, recommended for 15+) 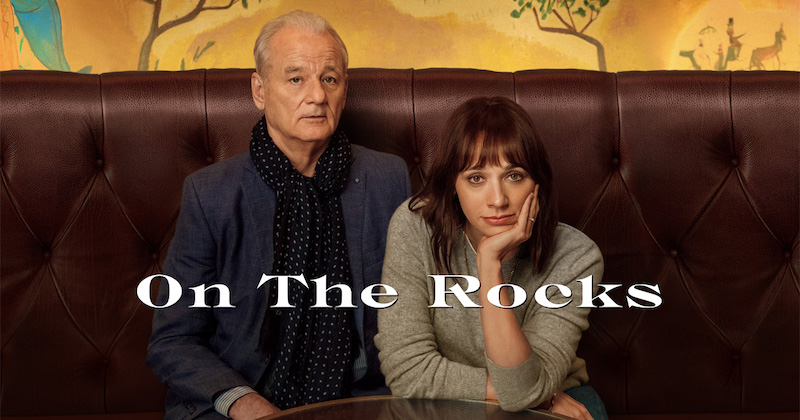 The moody father-daughter divorce love story: On the Rocks

In the feature-length film On the Rocks, Bill Murray and Sophia Coppola team up again (this time with Rashida Jones) to give us a dysfunctional but overflowing-with-love father-daughter relationship. She’s a little bit suspicious of her husband’s frequent travels with a new co-worker, so her playboy dad jumps at the chance to catch him cheating. Because, “It’s what men do.” They work out their own relationship while they are tracking him through the city. It could come across like a goofy caper, but Coppola, Murray and Jones know how to do understated. (R, recommended 15+) 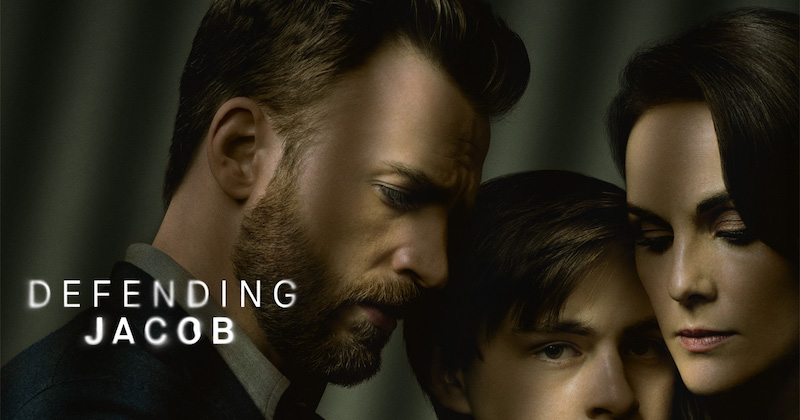 I haven’t watched Defending Jacob yet myself, mainly because my daughter and husband started it together and I got left behind. I will admit, though, that hearing their endless discussions over possible theories, who were secretly the terrible characters and the hidden good guys in the story, and whether or not they thought Jacob “did it” has made me move this toward the top of my to-watch list. (TV-MA, recommended 16+) 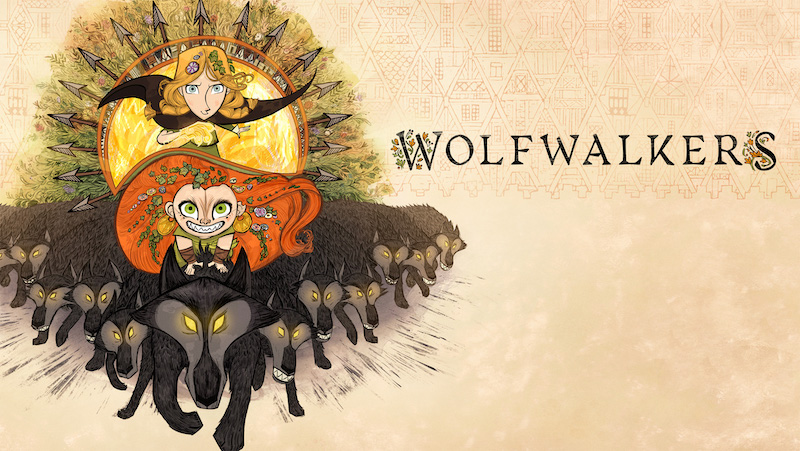 Oh, this movie! I loved every second of it. Wolfwalkers centers on a true story of Ireland’s efforts to eliminate wolves from their forests during the time of Oliver Cromwell’s reign as Lord Protector of England. (Wolves are still extinct in Ireland today, as a result.) But the story takes a magical turn—as most Cartoon Saloon movies do—when the village “townie” Robyn encounters Mebh, a girl her age who happens to also be mystical wolfwalker.

When she gets bit, Robyn becomes a shape-shifting wolfwalker too, and she must convince her father, a soldier loyal to Cromwell, that protecting the wolves is actually the best way to protect them all. It’s not just an empowering legend for girls, but also an inspiring story about protecting our planet too. (PG, recommended 8+)