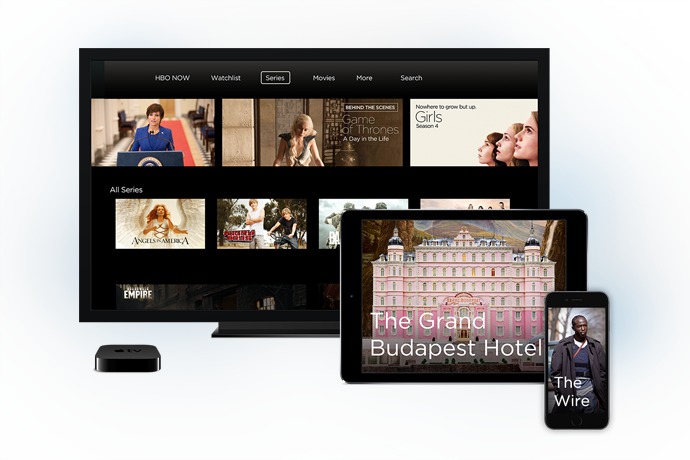 As someone who has been trying to cut the cord from cable TV, I’m pretty excited to learn that HBO NOW  means the network is taking that first step towards saying, hey cable companies, we don’t actually need you anymore. And that’s a huge deal, both for the future of cable, and for families trying to cut back on entertainment bills but not their entertainment options.

Essentially HBO NOW is a new subscription service that allows you to keep your weekly dates with Game of Thrones, Girls, and True Detective, all through your iPhone, iPad, or Apple TV — and without the downer of a cable bill.

Sorry Android fans, we know that’s frustrating. But the rumor is that after a three-month exclusivity with Apple, it could be coming your way.

To be clear, HBO NOW is not the same as HBO GO, which does require you to be a cable or satellite customer in order to binge-watch The Wire on your mobile devices. In fact, all you need now is an internet connection. And a subscription which will cost you $14.99 a month. So if you’re keeping your cable, there’s no reason to get it. But if you think about your viewing habits and realize you pretty much only watch HBO, your streaming services, along with series that are available through the network websites, HBO NOW is a fantastic option.

Just keep in mind that if you don’t have Apple TV, you’ll be limited to watching series and movies on the smaller screen of your tablets; though that’s what so many parents do these days, in bed, after the kids are asleep.

Also consider that $14.95 may be a bit more than you pay for HBO through cable (Comcast for example starts at $10), but way less than an entire cable bundle with lots of channels and services you may never watch.

(How often do you really flip to YouToo and CSPAN 3?)

It’s also way less than the price of two tickets to see one of those Oscar-nominated movies that you you never caught in the theater, and the service is way more convenient than getting a sitter. Maybe by next year, you’ll even have seen more than just the animated films. A parent can dream, right?

Subscribe to HBO NOW on your iPhone, iPad, or Apple TV starting in April – just in time for Game of Thrones Season 5! – and get the first month free. We’ll keep you posted about Android accessibility.