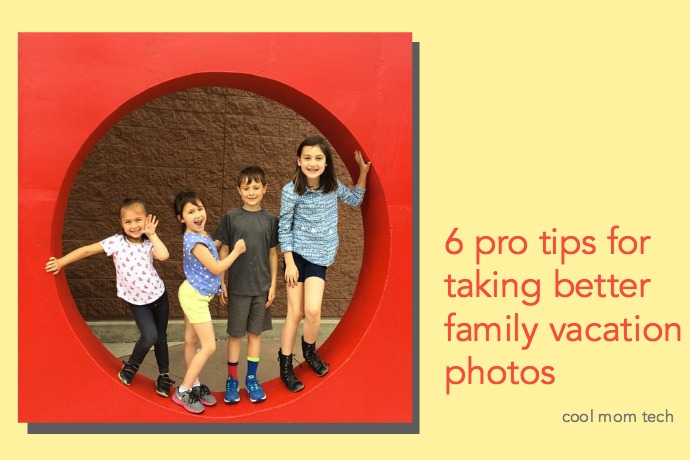 If you’re like us, you’re counting down the days to a summer vacation, whether it’s a weekend at the grandparents’ place or something bigger. Either way, hopefully it means sleeping in late (kids willing), lazy days, catching up on books and of course, lots and lots of vacation photos. Lots.

We’re thrilled to be partnering with Amazon Cloud Drive for an ongoing series, and their service happens to be perfect for this very thing. In fact Amazon Cloud Drive is free for Amazon Prime members, and since it securely backs up and stores all your data, and continues to auto-upload endless amounts of new vacation photos as you take them, you can save lots of room on that smartphone or camera card of yours for new photos.

Oh yes. There are always more.

Certainly the cameras and smartphones we all own these days make it pretty easy for anyone to take a great photo, but we know we can always up our game. So we talked to Aaron Adler, a fantastic photojournalist and portrait photographer who covers lots of our own family events, to get some insider tips for amateurs like us, for taking the best vacation photos while you’re enjoying your free time away. Or even your free time at home.

1. The light is your friend. Just not too much of it.

Lucky you! The best light is actually the sun and it’s not only free but there’s plenty of it during the summer. However be aware of times of day that are more ideal than others. You might have heard about Magic Hour, which takes place during the first and last hour of sun each day and wow, what a difference it makes. The light is more golden and flattering on people — and monuments and trees and the ocean and the world at large — and much softer than when the sun is higher in the sky.

Look at the difference between these two photos of the Conciergerie in Paris, one shot during regular daylight, and one captured during magic hour.

By King of Hearts via cc

By  Jean-Marie Hullot via cc

As much as you might be tempted to take photos midday when the sun is strongest (and you still can; it’s not like kids, or your vacation plans, wait for the light) if you want to capture the very best photos, be patient. You’ll end up with amazing photos without the strong shadows over faces, or those dreaded squinty eyes.

2. Shade and clouds can work too.

If your family is doing something awesome right at noon when the sun is strongest, you can still make the light work for you. Take a look around for a shady spot and try snapping a few photos there, like Liz did for this photo of her daughter in Madrid. The reason it works so well is that while it might be a little darker, the light is completely even. That means you never have to deal with overexposure, or weird shadows going across someone’s face.

Cloudy days may not be the weather you’re hoping for on a vacation, but the lack of harsh sun can actually be a boon your photos — like this beautiful photo of Liz’s daughter (a little older, sniff) with her grandfather, fishing on an overcast day. Overcast days can often be the best days to catch great shots.

And these days, it’s so easy to brighten up your photos after the fact with editing tools like Snapseed or Afterlight, with PicMonkey on the web, or using preset filters like the dozens you’ll find in apps like Aviary.

As much as you might be tempted to grab a shot of your family and kids with all that beautiful scenery behind them, consider skipping the super wide, faraway shot and take a few steps closer. Now take a few more, especially if you’re shooting from a smartphone camera.

What a lot of smart phone users don’t realize is that the zoom feature isn’t actually a real zoom. It looks that way in-camera as you’re shooting, but the final results will be blurry or pixilated. Instead, take the photo wide then crop it later if you want to go tighter.

Or for the best clarity, it’s easier and much more effective to focus on your subjects, and just get a little bit of the gorgeous beach, the beautiful mountains, or the fun park in the background. Like in this photo of Kristen’s daughter — it’s a close-up, but it’s very clear she’s on a slide in the playground. We don’t need to see the entire playground to get the environment

Plus, sometimes the little details around your subject can tell more of a story than a wider shot — is there any doubt that this photo of Liz’s daughter was taken on the streets of New York City?

Our tip if you just can’t resist that fabulous scenery: Grab a separate photo (or 12) of the landscape for yourself, knowing the photos you’ll probably treasure most — and let’s be honest, the ones your friends and family really want to see — will be the shots in which you can recognize the faces of the people you love. Or, as in Liz’s photo above with Christina (aw) paddling across a Massachusetts pond, keep the family in the foreground for some interest, but make the photo really about the environment. That way you’re not trying to make two things important at once.

In other words, teeny tiny people in front of a big Eiffel Tower? Not generally a fantastic shot.

The biggest mistake people make when they’re taking photos is that they wait for the “perfect” shot and just snap one. Maybe two. No! No no no. Hold your digital camera or smart phone up and just keep snapping. Hey, the film is free, you’ll have lots more photos to choose from, and you’ll have a better chance at catching cool moments, faces, or poses that you may not have caught if you just took a couple.

This is especially helpful if you’ve got family members that aren’t so keen on having their photos taken, or kids who make faces and photobomb every darn shot. To distract them, talk to them, tell them jokes, try to get them to loosen up and act natural, all the while snapping away.

One way not to worry about taking “too many” is with auto-backups to a service like Amazon Cloud Drive, which is partly why we like it so much. It allows you to delete everything from your camera roll but maybe a few favorites, knowing you can go through the whole set later from your PC or any device, and then purge all but your favorites. You can even open the free Amazon Cloud Drive Photos app (Android or iOS) to double check that it’s all there if you get nervous about deleting. Which we do too, we get it.

Besides, on vacation where you might be near pools or ocean water or oh….mountains along huge precipices, it’s kind of nice knowing that should you lose or break your phone, all those precious photos you’ve taken won’t be lost with it.

(Though we hope nothing of the sort happens!)

And the same goes double for video, which takes up lots of space. In fact Amazon Prime Members get an additional 5GB of storage space for your videos, movies, music, and files, on top of the free unlimited photo storage. If you’ve got tons of videos though, definitely try the free three-month trial of an unlimited storage plans.

5. Find frames within the frame.

If you’re looking to make your photos more interesting and visually appealing, use the natural environment around you to create a “frame.”  Find a cool window for the kids to peek through, maybe it’s a gate or flowered arch, a doorway into a museum gallery, even the kids peeking out of a tunnel at the playground, like in these photos Kristen shot of her kids.

Cool structures, whether they are natural or manmade, can really give your photo an awesome pop.

We’ve found that finding something to “contain” your kids or family can really help to give some structure to the photo and add a whole lot of character to the final shot.

6. Don’t just stand there smiling. Do something!

The best photos, or at least the ones that you will want to print and frame, will be the ones where you family is actually doing something. Sure, we all love a silly face, or the one photo where all the kids are actually looking up and smiling at the same time, but try to capture things that might be a little unexpected.

Whether it’s jumping, hugging, looking up at something cool in the environment, or just playing around, you’ll capture the spirit of your family so much better this way, than in a still photo with everyone in a row saying “cheese” to the camera.

And, don’t feel tied to the idea that you always have to see everyone’s face!

Yes, we love our kids’ faces too. But sometimes it’s cooler and more emotional to catch the spirit and mood of your family in other ways besides them staring right at your lens. We love this photo of Kristen’s daughter on a swing in a park. Look at those feet! Now if that doesn’t scream “real family’s summer vacation photo” then we don’t know what does.

Thanks to our fantastic sponsor Amazon Cloud Drive for making it so easy to backup and organize our photos. One less big thing for us to think about when we’re trying to enjoy time with our families.  Check it out — it’s free for Prime members (about $1/month for non members) , or if you have lots of video, you can get the Unlimited plan for about $5 a month and free up all that storage space on your PC and devices.

A big hat tip to photographer Aaron Adler for offering up some of his tips and making us all better photographers!