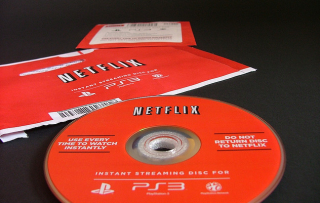 I’ve been following the changes to Netflix service with an eagle eye, from their price increase to their change in providers (no Starz? What?), so when they announced earlier today that more changes were on the way, I wanted to share them with you.

Netflix has decided to focus on streaming video and separate their DVD-by-mail service into a separate company, called “Qwikster” (an odd name for the slower of their two services) which will now include video game rental. Similar to GameFly, a service we recommended in our tech gift guide that allows you to rent video games by mail, Qwikster will allow you to rent DVDs plus games for the big 3: XBOX 360, Wii, and Playstation.

While game access through Quikster won’t be as exhaustive as a GameFly subscription, it will be pretty convenient if you’re already a Netflix member to add video games to your queue.

Netflix streaming video services, however, will still be available under the Netflix name.

Of course, the success of this split all depends on the price of the Qwikster service costs, which has yet to be announced. This might have been a smart way to win back members who were thinking about ditching the DVD service, but it still doesn’t solve the issue of Netflix’s lackluster streaming options.

So what do you think? Will you stick with Netflix?