The new Animoto Video Maker app makes video editing from your photos a snap. Or a touch and a swipe. 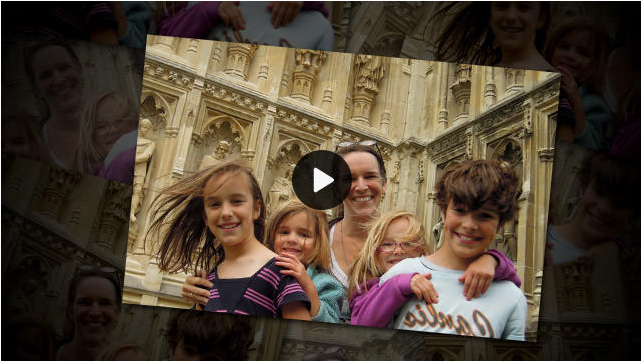 We’ve been touting the benefits of Animoto video editing since the very first day we discovered how easy it was to make fabulous videos from your own snapshots, how professional they look, and how free they can be. (At least the short ones.) Well it’s about time–Animoto has seriously upgraded their iOS and Android apps for easy 4-step video making on the go. Hey, we’re impatient people in a do-it-now world!

The brand new Animoto Video Maker app is free for iOS and for Android, presenting another great alternative to Magisto–another video editing app we love. Pick up to 400 photos in your phone library (though less is more), text cards if you want them, music from your own device or from their library, plus video “styles” which include seasonal themes and arty graphics, each with its own editing vibe. I happen to like the original style, which feels more professional video than slideshow; or, if you want to keep it simple, try Carousel, which looks like an old fashioned carousel slide show.

Last, it asks you to name the video, and offer final title card for the last shot. That’s it! Save, share to Facebook (while tagging friends), or go back and tweak if you want to change it.

A few caveats: You can’t do quite as much with the Animoto app as you can do with the Animoto website, where you have more control. In fact, check the Animoto blog which details a lot of very cool new features at the website including drag-and-drop direct from Dropbox, Instagram, Facebook and more. And Honeycomb users, be aware that they’re working on known issue that may limit your ability to preview videos on your device. Also the music categories on the app seem a wee bit wonky, with some electronica filed under country for example, but it’s hardly a big deal. As for pricing, the Lite version is free (!) which gives you a 30 second max video, a few basic video style options and more than 300 music choices. If you just want to make some quickie videos from your kid’s soccer game photos or kindergarten graduation to share with the relatives, that’s all you need.

However if you upgrade to Animoto Pro–membership is good for both the app and the website–your video can be a full 10 minutes long. You get 44 styles of videos to choose from, plus the clincher for me–the ability to download and save them, not just share them on Facebook, Twitter and email. That’s totally worth it for $30 a year; or try it out for just $5 a month and see if it’s your speed. It’s nice to be able to create videos right from my phone where so many of my photos are stored. There’s no iPad app yet, but I tried the iPhone version on the iPad and it works well there, even offering good photo quality when you bump it up to 2x. Animoto? Thank you for respecting my oddly compulsive need to assemble videos for the grandparents on the spot, instead of waiting until I get home to my computer. Download the new, improved Animoto Video Maker app from iTunes, or try the original Animoto for Android app. Basic membership is free, with upgrades to Pro or Business for added features and benefits.