The new Jim Henson Doozers show for kids. Is it worth a watch? 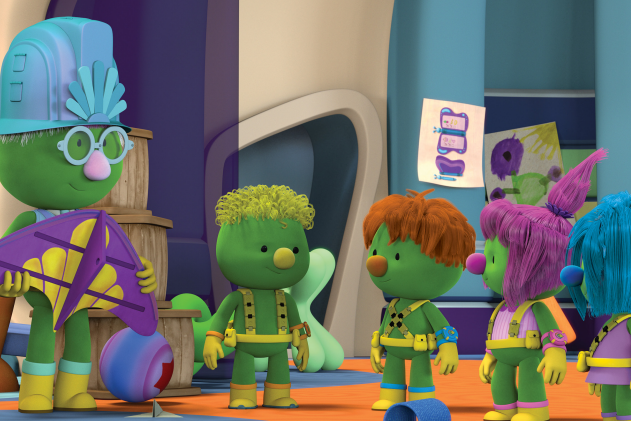 Whenever Jim Henson’s name is attached to something, I generally know I’m in good hands. Even though he’s no longer with us himself. So when I saw that Hulu’s first original series developed for Hulu Kids was officially called  Jim Henson’s Doozers, I was basically all in. (Kermit 4Ever.)

Yes, every streaming service is now in the original programming game. And this new, preschool series is a collaboration between The Jim Henson Company and  DHX Media, the good folks who brought you Yo Gabba Gabba. It’s about the four Doozer kids who live in a modern, eco-friendly, whimsical world called Doozer Creek that’s located just on the edge of the “real” world.

The kids are cute, tiny, green, and go by the collective name, The Pod Squad. You definitely feel the inspiration from Fraggle Rock, with each palatable 12-minute episode of Doozers encouraging kids to create, innovate, design, and imagine. For example, in one episde, The Pod Squad design and build a giant gingerbread house. In another, Flex loses his doodriver (heh) while making a clock for his Grandpa’s birthday, so he and the Squad retrace his steps with the help of a huge magnet. It’s lots of fun and very young children are sure to learn as they laugh. 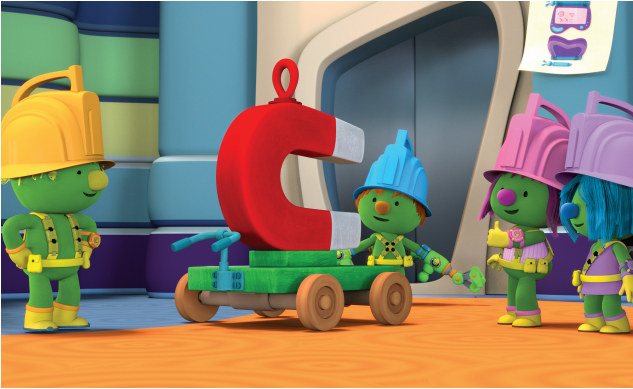 There’s also a companion Doozer Creek app for iPhone and iPad which allows kids can create their own version of Doozer Creek and play with the characters at their own pace.

At the end of each show, the Doozers crew say:  “We did it! It’s done. The Pod Squad had some fun. There’s nothing to it when you do do do it!” A cute chant for the kiddos, and — hey — one that I’m seriously considering adopting as my own new mantra. It’s definitely an improvement over “I love you, you love me…”

Catch seven episodes of  the  Jim Henson  Doozers  series now on Hulu Plus, with five of the episodes available on the free version. The Doozer Creek app for iOS is a free download available on iTunes.