16 best math apps for kids of all ages: Back to school tech guide 2014 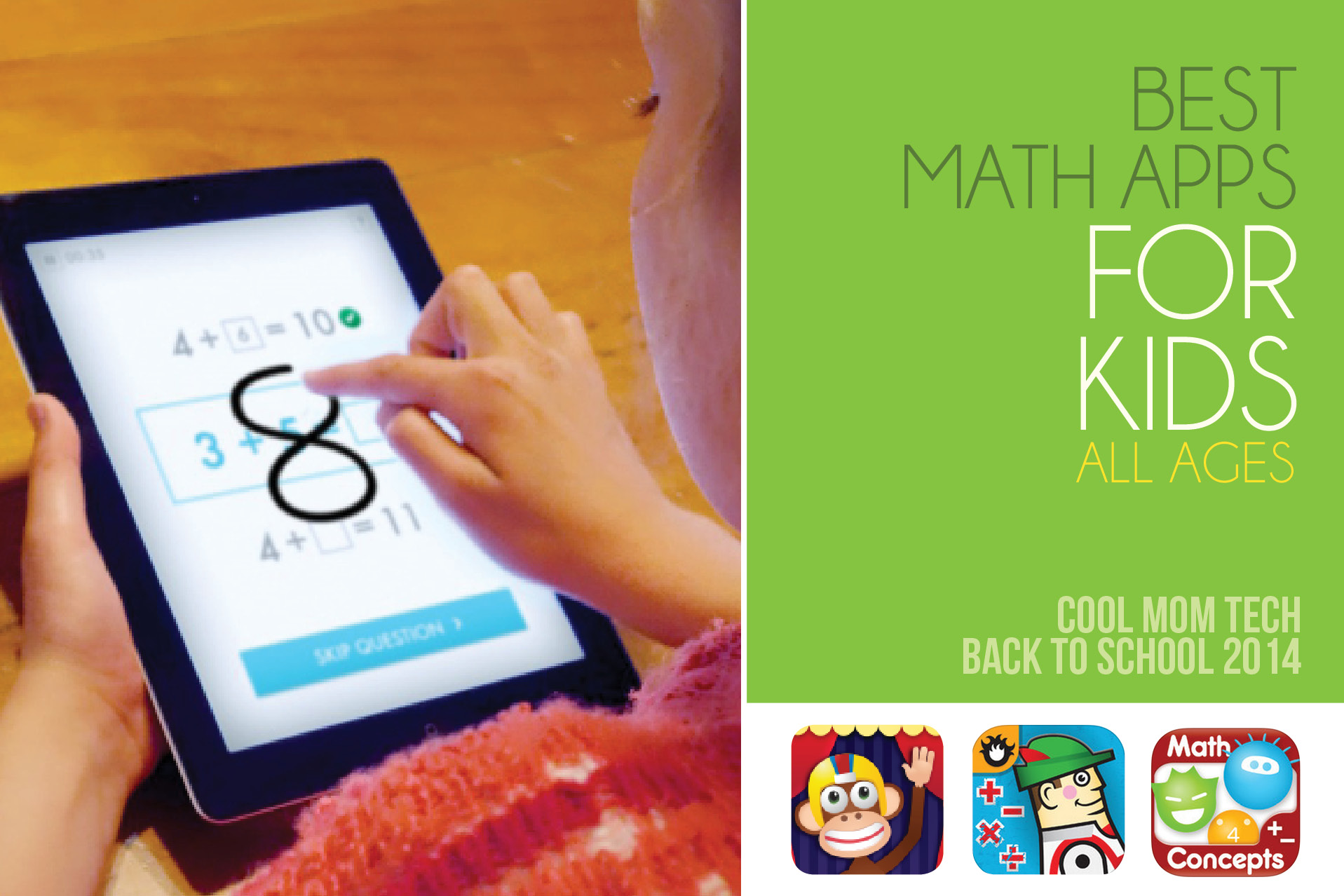 Math: The word alone strikes fear into the hearts of too many kids — and frankly, too many parents. That’s why we think it’s so important to find the very best math apps for kids to share with our readers, so we can help our kids get a great start in preschool, brush up on basic skills in grade school, or move forward in ways that are so much fun, kids might not even suspect they’re learning.

We don’t know many children who love to drill concepts to the tune of a ticking clock. (Okay, I was one of them, but that’s a rarity.) But we do know plenty of kids who love to play games, show how much they know, and get competitive with their friends. With that in mind, here are the best math apps I’ve tracked down after looking at tons of them, to help your kids do just that.

Shiny Things apps
Shiny Things offers a progressive series of math apps that focus on a whole range of early skills. Start with Shiny Picnic to learn matching and sorting. Then move on to Shiny Party, which covers shapes, colors, parts and wholes. Shiny Bakery incorporates number sense, counting, and sequencing, and Shiny Circus deals with measurement: length, width, area, distance, and mass. All together, these four apps provide a broad math foundation for toddlers through preschoolers. (Available on iTunes for $2.99 each)

Motion Math apps: Hungry Guppy and Hungry Fish
Motion Math also offers a series of math apps, ranging from preschoolers up to older elementary students. Hungry Guppy is a great place to start for preschoolers learning number sense, counting, and beginning arithmetic. Then kids can move on to Hungry Fish to learn and practice addition and subtraction math facts. (Hungry Guppy available on iTunes for $3.99; Hungry Fish available on iTunes for $1.99, on Google Play, on the Amazon Appstore, and on Windows for $3.99)

Kids Numbers and Math app
Kids Numbers and Math is a simple, bright and cheerful app that helps visual learners grasp the concepts of number sense, matching, maximum and minimum, as well as beginning arithmetic. (Available on iTunes for $0.99 and on Google Play for $2.99 and on Blackberry Appworld for $1.99)

And for more ideas, be sure to take a look at our 12 favorite educational apps for preschoolers.

Operation Math app
The Operation Math app from Spinlight Studios (the same developer behind the excellent Alphatots app) turns learning and practicing math facts into spy missions. Solve equations to progress through the game and earn cool gear, including addition and subtraction facts from 1-20 and multiplication and division facts from 1-12. (Available on iTunes and on Google Play for $2.99)

King of Math Junior app
The King of Math Junior app is the precursor to the King of Math app we featured in last year’s back to school math apps. But don’t be fooled by the word junior: This app covers a huge range of concepts, from basic math facts in addition, subtraction, multiplication and division, all the way through measuring, comparing, fractions, and geometry. It can take kids from early elementary math skills up to those covered in the later grades. (Available on iTunes for $2.99 and on Google Play for $1.99)

Thinking Blocks apps
Word problems can be a huge struggle for many kids, even those who know their basic math facts backward and forward. The Thinking Blocks apps help kids visualize word problems, make sense of what’s being asked, and set up the equations necessary to solve the problem. The series of four apps covers addition and subtraction, multiplication and division, fractions, ratios, and proportions. (Available on iTunes for free)

DragonBox Elements
We’ve sung the praises of DragonBox Algebra many times before, so we were super excited to discover the new DragonBox Elements app that teaches geometric concepts in a similar, sneakily fun way. In DragonBox Elements, kids solve puzzles while learning about shapes, their properties, and the logic of geometry. Fun fact: The app name comes from Euclid’s Elements, the original framework of geometry. (Available on iTunes and on Google Play for $2.99 and on the Amazon Appstore for $5.99)

Quick Math Plus app
Our kids get so tired of drilling math facts, but it’s important to master them, since solving higher level math problems requires quick mental arithmetic. Quick Math Plus — also from Shiny Things, like the preschool apps above — is a great app to help older kids practice mental arithmetic in an app format that doesn’t feel babyish. This app covers all the math facts, plus exponents, negative numbers, and order of operations. (Available on iTunes for $1.99)

Hands-On Equations app
Hands-On Equations uses scales and pawns to help kids visualize algebraic equations and remember that old adage about What you do to one side, you have to do to the other. Start with Level 1, solving for a single positive variable, and move on to Levels 2 and 3 build on the knowledge from Level 1. Instructional videos on YouTube introduce each lesson, and the step by step examples help build kids’ confidence. Because let’s face it — algebra can be pretty intimidating. (Available on iTunes for $2.99 and on Google Play for $2.95 and on the Amazon Appstore for $2.95)