Flying among the stars with the Space Racers app: World Space Week pick 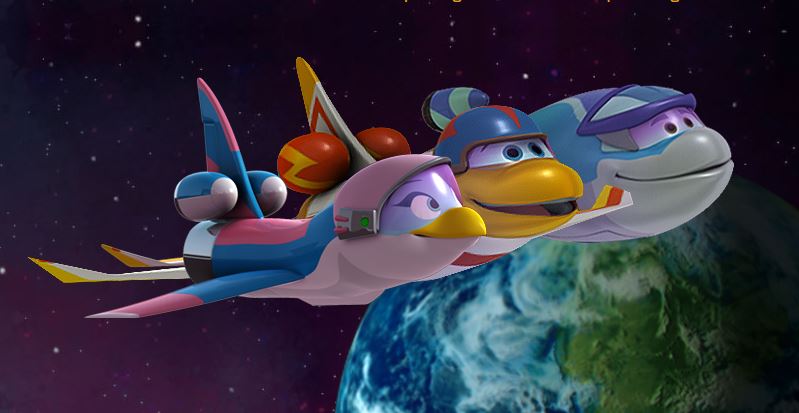 We’re smack in the middle of World Space Week which offers a perfect opportunity for kids to explore all the wonders of outer space. Older kids can take advantage of great apps like Star Walk 2 or the original Star Walk to learn about constellations and astronomy, but younger kids can be introduced to outer space concepts too. And the brand new Space Racers! app is a fun way for them to do that.

The Space Racers! app for iOS is a cute game for kids ages 4-6 is based on the animated series of the same name. It features four adorable, Pixar-like airplanes that need help navigating around a space academy called Stardust Bay. Similar in concept to Flappy Birds, kids have to tap the screen to keep the plane afloat, while veering around obstacles and collecting stars to earn points and unlock levels.

While the Space Racers! app is skewed more towards entertaining than educational, there are definitely concepts like cause and effect, speed and gravity that kids need to explore to play. I think even kids a wee bit past six would have fun with it too.

The app was produced by THIRTEEN/WNET, and the TV series is produced in collaboration with NASA experts, so the information relayed is the real deal. That also means there’s no third-party ads in the app, and the developers aren’t interested in collecting or sharing info about you. Just educating your kids and getting them excited about the world beyond our own planet. Which is awesome.

Space Racers! app is available for free from iTunes for iOS devices. You can also check out the Space Racers! website to see which channel the TV show broadcasts on in your area. If you really want your kids to learn more about space, have them check out Space Racers! videos–the full episodes from the public television series are right on the website.