The newest Tory Burch for FitBit bracelet is hot. The end. 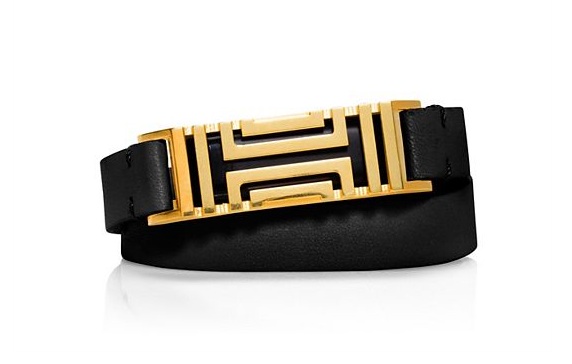 I’ve had my eye on the Tory Burch for FitBit collection ever since it launched last year, in fact, we picked it as one of the coolest tech accessories of 2014. But the newest bracelet might just have me digging out my FitBit after all these months.

With the iPhone 6 fitness tracking and the soon-to-be-released Apple Watch, the fitness band world has had some tough competition. So it’s no surprise that folks like FitBit are stepping up their game, which I think they’ve done quite well with this new leather double-wrap FitBit bracelet by Tory Burch which just adds to her already pretty cool line of Fitbit accessories. But you know, me and leather go waaaay back.

I realize black and gold are sort of on their way out with spring officially here (well, technically anyway), but it’s still my favorite. There are a few other color combinations (like pink + rose gold, hello!) to choose from for your existing FitBit. Of course, if you don’t have one yet, you’ll need to get that as well. And then, off you go counting your steps in style because summer is coming.

You can purchase the new Tory Burch fret double-wrap bracelet at Nordstrom, or directly through ToryBurch.com. Cool Mom Tech is a reward style affiliate.