Presidents vs. Aliens Lite: Free app of the week is also great for President’s Day 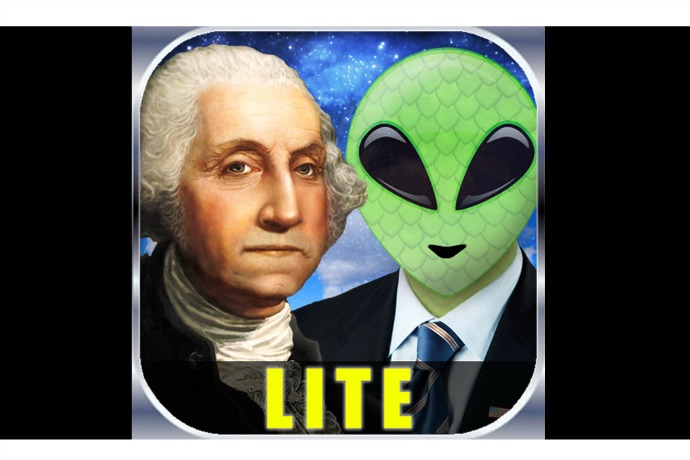 My kids get really excited about President’s Day because it means a day off from school. But I’d like to make sure that they spend a little bit of time reflecting on our former presidents too, so I love an app that helps with just that.

Presidents vs. Aliens Lite for iOS mixes real presidential trivia questions with a crazy game that has kids shooting the heads of our former Commanders in Chief at invading aliens who hover over various U.S. landmarks. To play, just identify the correct president from the question asked, and his head will become a tiny weapon your finger will shoot at the aliens.

And with no in-app purchases or annoying ads mucking up the screen — something unusual for a Lite version of an app — this is definitely a longtime favorite educational app of ours.

Some of the questions are quite easy, while others will stump a lot of us who may not have sat in a history class in a couple of decades. And the challenges get increasingly difficult too as the aliens learn to hide behind obstacles or grow in numbers.

It’s best for grade-school-age kids who can read on their own and have a base-level knowledge of U.S. presidents. If they get a question wrong, they’ll see it again later in the game play, so they’ll definitely learn, and enjoy that learning, as they play. Even on their days off from school.

Download the free iOS app, Presidents vs. Aliens Lite at iTunes. Android uses can purchase the full version at Google Play which includes free bonus games, or iDevice users can spend $.99 to upgrade. They’re both worth the cost but hey, free is good too.