Apps parents should know about: Collection feature on VSCO 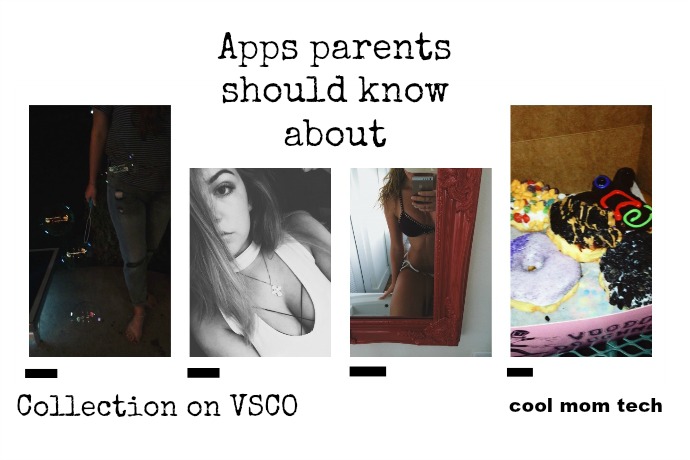 Editor: This article has been updated with more current information since publication

If you keep tabs on your teen on apps like Instagram and SnapChat, you’re going to want to add another one to your list, parents. VSCO (pronounced vis-ko), which was originally launched as a photography app (that we love, by the way), now has a huge social network feature, and a fast growing one, with over 40 million users and counting. Given it’s popularity with young girls and the lack of privacy settings, well, let’s just say you’ll want to have this on your radar.

Related: What parents need to know about lives treaming apps

You still get the slick filters that the VSCO photo app was known for, but they’ve really transformed it with a new social community featured called Collection. Users can upload or snap photos, then edit them and share with their followers, who can then share to their followers (sort of like Tumblr, or if you were regramming a photo on Instagram).

Admittedly, it’s been awhile since I played around with the app, so when I logged in, I was very surprised to see that they’ve completely redesigned the app with the main focus being on the community. I was also surprised at how complicated it was to use (or maybe I’m just old). There’s a lot of weird clicking and sliding around that took me a bit to master. In fact, I had a tough time figuring out how to actually take and edit a photo once I signed in. Granted, the social aspect is not new, but since June of this year, they’ve made huge updates that have pretty much solidified it as a social network versus a photography app.

I agree that it all sounds pretty harmless, and yes, there are no comments or messaging (whew), but the fact that there are no privacy settings at all raises eyebrows. Every account that’s created is public, with locations added if you allow. This means any photo posted can be seen and shared by anyone on the app.

Related: 4 apps kids are using that parents should know about

And because it’s not as well-known or as popular as Instagram, and has cool artsy filters and features, teens are sharing photos that they might not necessarily share on their other accounts (which can then be shared and shared and shared again), and well, parents have no idea.

The folks at VSCO did let us know that they’re actively working to release more tools with community safety in mind.

Whether you decide to allow your kids on VSCO or not, it’s always important to talk to them about what they’re sharing and the consequences that could follow if they’re not smart about it. We find there’s a disconnect, with teens especially, that what you share in an app can be found on the web, which can then be found by anyone. And of course, I’d recommend following them and interacting with them on all their apps, so that you can help guide them in making good choices until they’re fully able to do it on their own.