Are earbuds causing hearing loss in kids? 3 things you can do right now to protect your kid’s ears 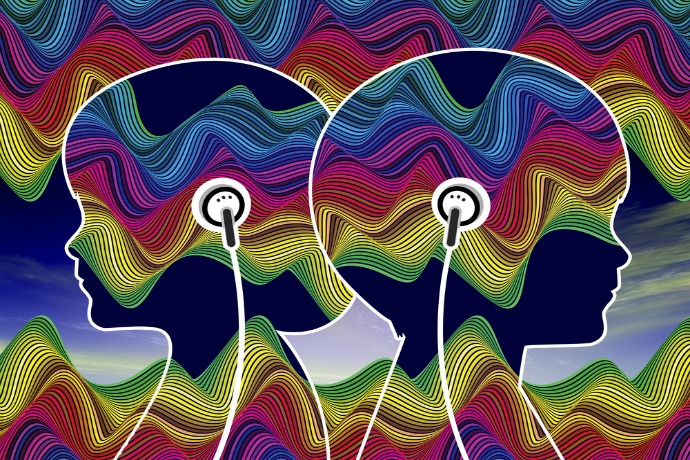 As a mom of a tween who blasts music through her earbuds on a daily basis, you can bet a new article about earbuds and hearing loss caught my eye. Reportedly, there’s been a 30% increase in hearing loss in adolescents (one out of every five, actually), which they’re attributing to the increase in earbud use. According to the article, phones made in the U.S. can hit up to 115 decibels (dB) with permanent damage occurring with regular exposure at 110 dB (or higher) for longer than one minute.

So, considering I often have to wave my hands in front of my daughter’s face or tap her on the shoulder to get her attention, I’m guessing she’s way above the prescribed dB limit. Yikes.

Fortunately, there are a few ways parents can ensure their kids aren’t hurting their ears while blasting their music, which by the way, apply to adults too.

Most hearing experts recommend that you listen at 60% dB levels for no longer than 60 minutes at a time. How do you tell what 60% is? Well, a good rule of thumb, especially for kids, is that they should be able to hear the voices and sounds around them. If they can’t hear anything other than their music, it’s too loud. This is also an overall safety rule if your kids are listening to music in earbuds while they’re out and about; not being able to hear sounds around them could be dangerous.

If kids are home, it’s much better for them to play their music through a Bluetooth speaker than in their ears. Now you might not necessarily want to listen to Japanese Vocaloid (only me?) or whatever your kids jamming to these days, but know you’re helping keep their ears safer.

Related: A booming new Bluetooth speaker that more of us can afford

We’ve featured several different kinds of volume-limiting headphones for kids, like Kidjamz or Buddyphones, which have built-in controls so that the volume cannot go over a safe level. The downside, most are really aimed at younger kids (with the exception of the black Kidjamz headphones – above, left – which you might be able to sell a tween on), so getting your teen to wear them might be nearly impossible.

One exception are the Bluetooth, volume-limiting headphones from Puro (above, right) which were designed by a dad who discovered his daughter had suffered hearing loss. So, not only do they keep volume at a kid-safe level, but you don’t have to deal with wires either. They’re definitely an investment (with prices starting at $99.99), but they look like the trendy headphones so many tweens and teens are wearing, and they keep your kid’s ears safe.

Related: The coolest Bluetooth speakers for kids. Skip the wires!

3. Noise-cancelling headphones can work too

A smart, but expensive (hello, Bose), option is to have your tweens and teens use noise-cancelling headphones. These work because by blocking out the ambient noise, the actual music volume for users tends to be a lot lower. Often times, kids are blasting their music because they’re trying to block out the sounds around them (like our voice, perhaps? Ha). So, while you’ll be spending money on these headphones, they could have a positive impact your kid’s hearing health.