The quick and dirty on the new MacBook Pro 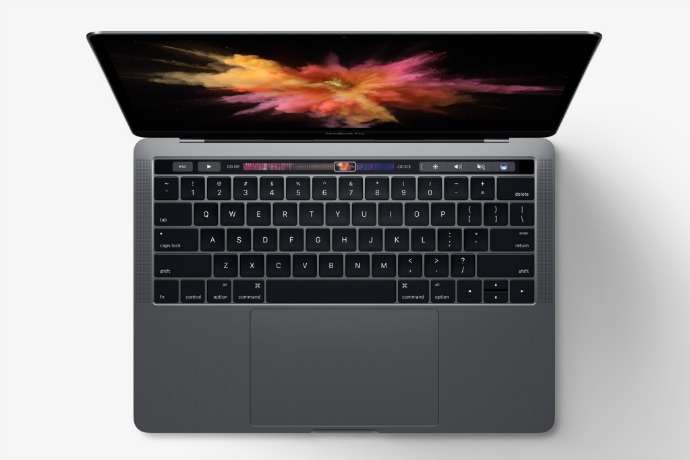 Today at the Apple Event, the new MacBook Pro was revealed, and let’s just say we are all trying to find ways to rationalize an upgrade. If you’re wondering whether you might want to trade in your older model for this new laptop, here’s a quick rundown of the new features we’re most excited about.

Now, it’s been four years since the MacBook Pro got a makeover, so it’s not surprise that this new version is thinner and lighter, with 130% faster graphics. You’ll also notice that the screen is brighter, the speakers are louder, and the trackpad is bigger. Two times bigger, actually.

And you can now enlist the help of Siri. (Have we mentioned how much we love Siri?)

All the ports, except the headphone jack (phew), have been replaced with Thunderbolt 3 ports, which make data transfer, video output, and yes, charging, a whole lot faster. This also means you’ll need adapters if you want to use anything with a USB.

And we have to admit, we’re smitten with the new space gray color.

Related: The MacBook 2015 – Should you get this or the new MacBook Pro?

But the big news (if all that isn’t big enough for you), is the Touch Bar, which replaces the function keys at the top of your keyboard, and changes automatically based on what you’re doing to show you tools that might make your experience easier and more efficient. Whether it’s your system controls and intelligent typing, or interactive ways to access and peruse content, you’ll get all that at your fingertips. Which really, how much did you ever use those keys at the top of your MacBook Pro anyway?

You’ll need $1499 to get the standard new MacBook Pro, which is only available in 13 inch and doesn’t include the Touch Bar; those models start at $1799. And if you can’t wait until the holidays, you don’t have to. You can order it right now.