The new MacBook 2015. Lighter, thinner, and oooooh gold. But do you need it? 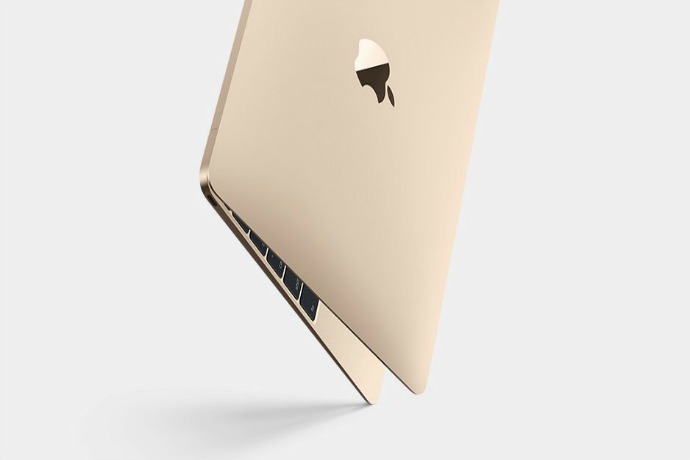 If you’re an Apple fan like me, then you had the Apple Watch Event marked on your calendar with multiple alarms yesterday. But it turns out that the Apple Watch wasn’t actually the star of the show. For me, and from the number of tweets about it, the big hit was definitely the new MacBook 2015.

And not just becomes it comes in gold. GOLD! (Okay, and two other tones too, but who cares because GOLD!)

Here’s a rundown of the most important features that can help you decide whether you should switch from your MacBook Air or MacBook Pro, or make the jump entirely from PC Land.

The MacBook 2015 is thin and light and verrrry quiet. Did we mention thin?

The new Macbook is the thinnest, lightest, quietest (no fan!) notebook that Apple has made, coming in at 13.1mm and weighing only two pounds, but still has a 12-inch screen, making it just a bit bigger than the smallest MacBook Air now, which is 11-inch. This means it’s extremely portable for those of us who work on the go or travel.

I recently made the switch from an 11-inch to a 13-inch MacBook Air and I have to say that there’s a marked difference in the screen size, which I like. I’m not sure how I would feel about losing an inch. Insert joke here. So that’s definitely a trade-off.

Yes, it does have Retina display and the thinnest (again) most energy efficient one at that, which really does make a difference on your eyeballs if you’re in front of a screen for long periods.

Of course, the geek in me loves how thin and light and pretty it is, but as a parent of four kids under ten, inside I’m screaming in terror at the size, just a bit. I’m not sure I’d ever let my kids near it. Like, ever. I’m already super cautious with my kids near my MacBook Air, so considering how light and thin this new MacBook is, I might have to hide it away in my room for fear of its easy dropability No Otterbox case for these out anytime soon, I imagine.

A whole new keyboard and trackpad for MacBook 2015. Ooooh.

Like the MacBook Air, the new MacBook 2015 has a full-size keyboard which is completely rethought to fit this model’s slim size. You’ll notice that the keys are different, with backlit LEDs for each individual one, making geeky heads explode everywhere, according to the gushing I saw on Twitter during the announcement.

You’ll also get a completely re-engineered Force Touch trackpad, which offers a uniform click no matter where you press. This Force click feature responds to different levels of pressure so you can look up a word or peek at a file by holding down or releasing your click on the trackpad. It also vibrates (technically called “haptic feedback”) to add a sense of touch to what you see on the screen; sort of like a video game controller but on your computer. Which, could be awesome, or um, a little freaky.

In any case, it may take some adjusting to get used to the different way of clicking but it seems like the results might be far superior.

Of course as with all Macs, it’s important to note that the cool keyboard and trackpads do come with a price: They can be extremely expensive to fix. And replacing them can be a beast. So if you’re someone who’s super tough on your keyboard, keep in mind whether this is the perfect fit for you.

All those built-in apps.

One of the great things about all Apple devices, present company included, is how you can unbox it and within seconds, it just works. That means loads of included apps — the kinds you want. The app line-up for the new MacBook looks strong if not entirely new, with the standout for most parents being new Photos for OSX coming this spring, that has strong editing tools, a convenient organization system, and pairing with an iCloud library for optimized Mac storage.

If you’re new to Maclandia, Facetime continues to be a huge benefit, especially for families with that 480p camera that keep your kids looking sharp. Well, sharper than usual.  Although it’s not a HD webcam, which has some tech folks disappointed.

And then of course there’s the workhorse trifecta of Pages, Keynote, and Numbers; iMove and Garage Band, the Safari browser which is much improved in recent months; and those Apple OS anchors, iTunes and the App Store.

So about that new adapter you’ll need for the MacBook 2015.

Yes, yes, the new Macbook is souped up with wireless capabilities and Bluetooth, but the big news is that Apple has added port charging, which is wildly efficient. So, yay! However–as one can predict with all new Apple devices, it will require a new gable. Grrr!

The MacBook 2015 will charge via a USB-C cable. This allows for super speedy USB 3 data transfer, video output, charging, and more all in a design that’s waaaay smaller than the current USB port. Plus, that means less ports on the computer overall.

In fact, there is now just one single, lonely, though versatile multi-use port that will require a $79 adapter if you want to charge and connect to a device at the same time. Mixed feelings about that.

It also allows for zillions of us to sigh with resignation as we wrap up our old cords once again and make the switch to new one.

Sure, this is not such a big deal if you’re new to Apple or don’t have a bunch of other computers and Apple gadgets in the house already, but if you’re like me, you’ve got multiple gadgets that now all require completely different chargers — a lightning for the iPad Air, a data cable if you’ve got a hand-me-down iPad 2 for the kids,  a micro-USB for a Mophie case, and so on.

Should that necessarily stop you from getting a new MacBook 2015? I’d say no. But considering I’m already swimming in cables and cords, I do wish I wouldn’t have to add another yet one (or more) to the mix.

The new MacBook is thin and light and super pretty, but certainly not just about good looks. With a super slim battery that will get you up to an impressive 9 hours of surfing on the go and 10 hours of movie playback (travelers, can I get an amen?) even with its small size;  plus a sleek new keyboard and responsive Force Touch trackpad, it’s about performance as well. That said, it’s not as fast as the existing MacBook Air, which also offers even longer battery time, meaning the new MacBook might be more comparable to a netbook or even a tablet than to other laptops.

Also keep in mind that it’s not cheap; they start at a base of $1299 for silver or space gray, and $1599 for that luscious gold. And “start at” means that’s never the price you’ll pay.

We always recommend upgrading your processor, springing for AppleCare, and checking out cases and other accessories you might need including that $79. Especially here, where lack of ports could be a challenge.

If you need a large laptop screen or use heavy duty software in your line of work (or play), I would definitely look at other MacBook models. But if you’re like me and need a laptop that balances gorgeous display and impressive battery life with lightweight portability, I’d say this might just be a new tech baby worth adopting.

You can get more information about the new MacBook 2015 at Apple.com, available for preorder starting April 10.