We always get kind of excited for each new iOS update (yeah, we’re geeky that way) and the new iOS 12 update is no exception. We’ve been looking forward to it since we heard about all the new iOS parental controls in particular that Apple was promising and, well, now it’s here. So get updating, and keep an eye on these great new features.

You can also find more info on Apple’s iOS 12 page.

Compatibility with lots of devices
First, we haaaate when we realize that our older devices don’t support the new operating systems, since so many families rely on hand-me-down devices for our kids. iOS 12 is compatible with iPhones going back to the 5S (wow), iPod Touch 6 gen, iPad Mini 2nd gen, and the first gen iPad Pro and iPad Air. As for the regular iPad, it only goes back to the iPad 5th gen released in 2017. 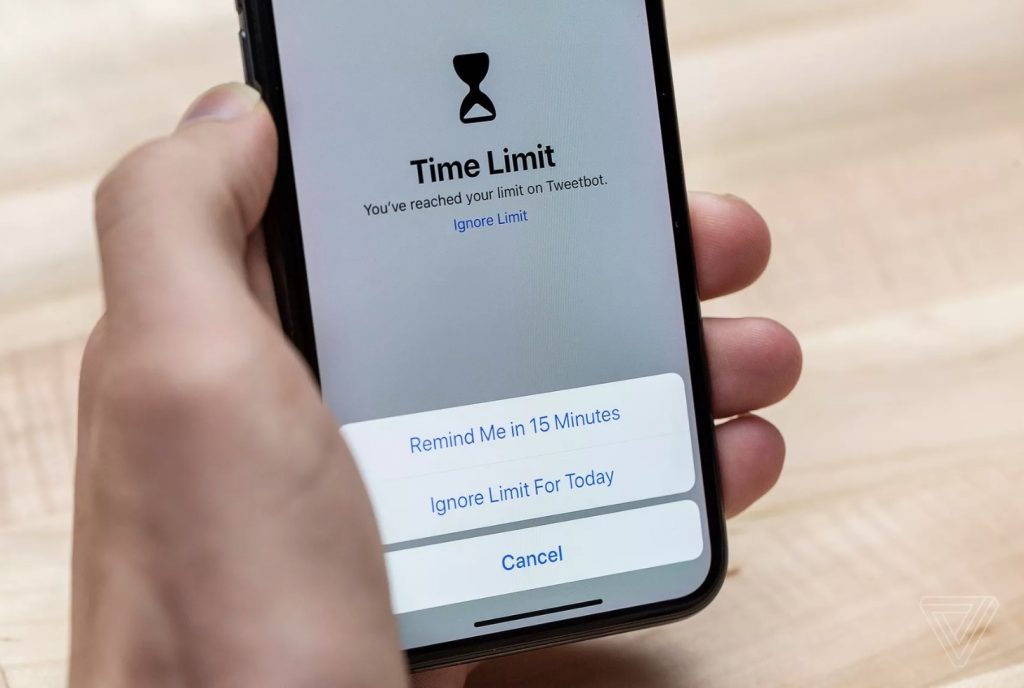 Photo and great tips for using Screen Time Restrictions in iOS 12: The Verge

Screen Time and App Restrictions
Screen Time was one of the iOS 12 upgrades we were most looking forward, since it allows us to restrict time our kids (via Family Sharing) can spend on any given app, and The Verge offers a great step-by-step for how to use it. Worth checking out.

Unfortunately, 9-to-5 Mac is reporting that sneaky kids are finding several  hacks to get around the restrictions.
-Resetting their time to an earlier date (Candy Crush addicts know this trick to get around waiting for new lives)
-Setting a random Restrictions password to keep parents from accessing their own device
-Downloading a previously installed version of the app that’s been restricted.

Our advice? If they’re doing this they lose phone privileges, period. You’re the parent. Setting rules isn’t an invitation to find sneaky ways to get around them.

You can also now check the amount of time you spend on individual apps. Kristen is suddenly very concerned with her husband’s Twitter use. 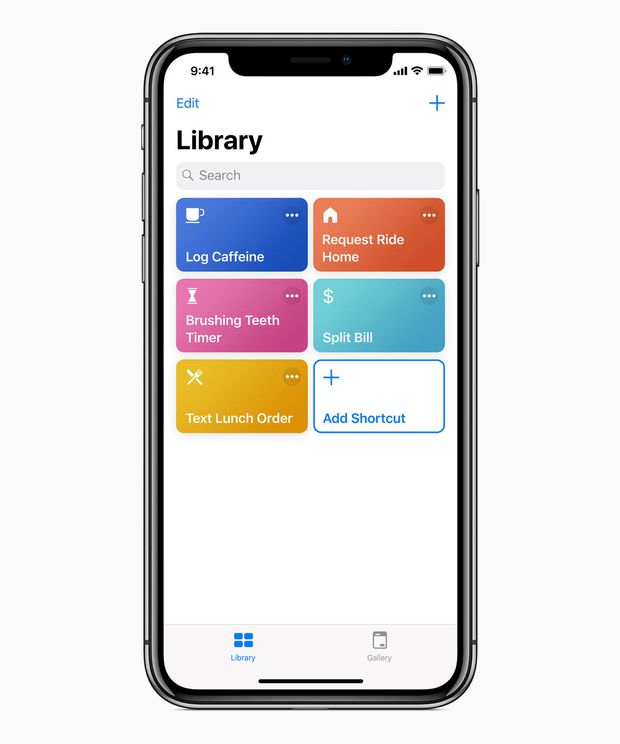 Siri Shortcuts
CNET has a great guide to the new Siri Shortcuts which lets you do lots of things with one voice command. Think Alexa commands or IFTTT recipes…only requiring a little set-up first. Some commands will be intuitive based on common tasks, like telling you if you’re late for a meeting that’s in a calendar. (I’m imagining: What, you haven’t left yet, Liz? You’re in Brooklyn and you’re supposed to be on the Upper West Side in 30 minutes!)

You can also customize a lot of shortcuts by enabling Siri in individual app settings (like for Spotify, Apple Music, Photo, Tile, TripIt, Seamless, and so on). This way you can, for example, ask it to check on an itinerary and it will know to open TripIt, or play a particular playlist for your gym workout.

CNET also shared a clever new crowdsourced site called Sharecuts to give you ideas for using the new Shortcuts app (formerly Workflow). With one voice command you set, like “scan code” or “calculate tip” Siri will open the appropriate app and do the work for you. Lord knows parents love keeping our hands free, and this is a great feature for us.

Photo Search and “For You” Photo Sharing
There’s a new tab in your photo library that sorts moments, and suggests people identified in those photos that you can share with. As long as your phone already knows that that’s your daughter, your partner, and the grandparents in your school play photos, why not just share those photos with them all, before you get the “you never send me any photos!” text from your parents.

Not just me, right?

There’s also a smarter photo search allowing you to see suggestions for recent events, people and places, as well as add keywords so you’re not scanning through a billionty photos to find that one picture of your dog from three months ago. 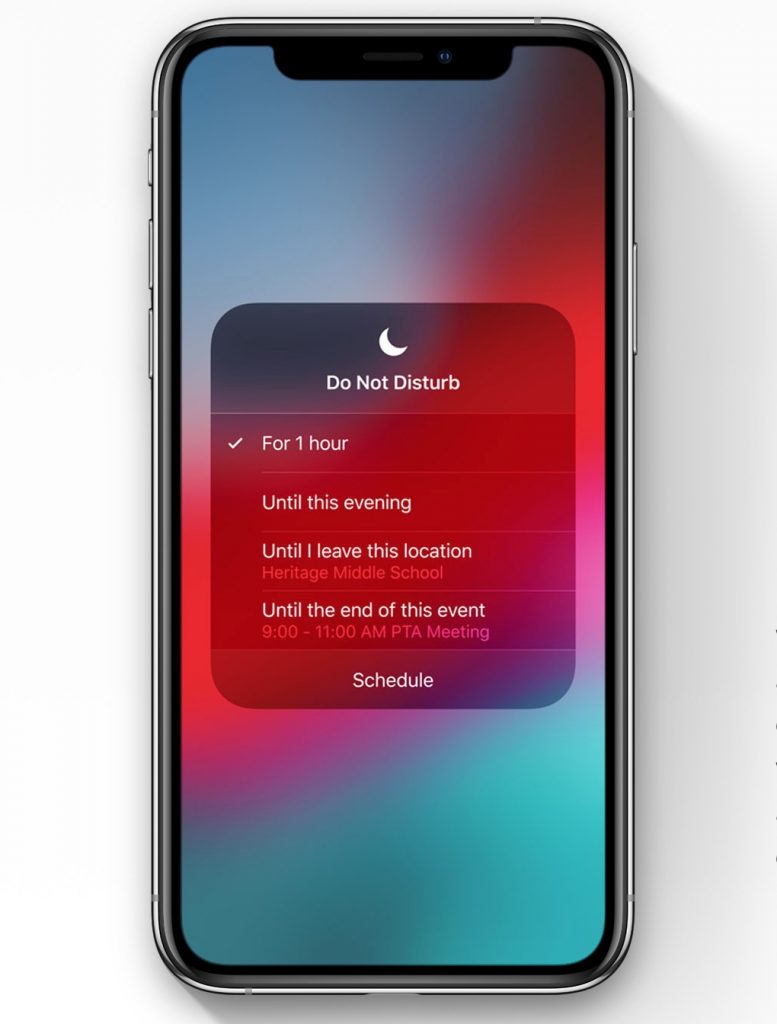 Temporary Do Not Disturb
You know we’re big fans of turning off notifications to stay more productive and present, particularly around the kids. Now when you swipe up to the Control Center, you can long-press the DND icon (the moon) and temporarily turn on DND for an hour, daytime hours, while you’re in a location, or even until you finish a particular event on your calendar — like your school parent-teacher night or your kid’s 16-hour soccer game. Or maybe it just feels like 16 hours.

CarPlay Support of 3rd Party Map Apps
If you’re not a fan of Apple Maps, CarPlay now supports Google Maps and as of this week, Waze, which I still happen to love. This way you can sync directions of your nav app of choice from your iPhone to your car, if it supports CarPlay. 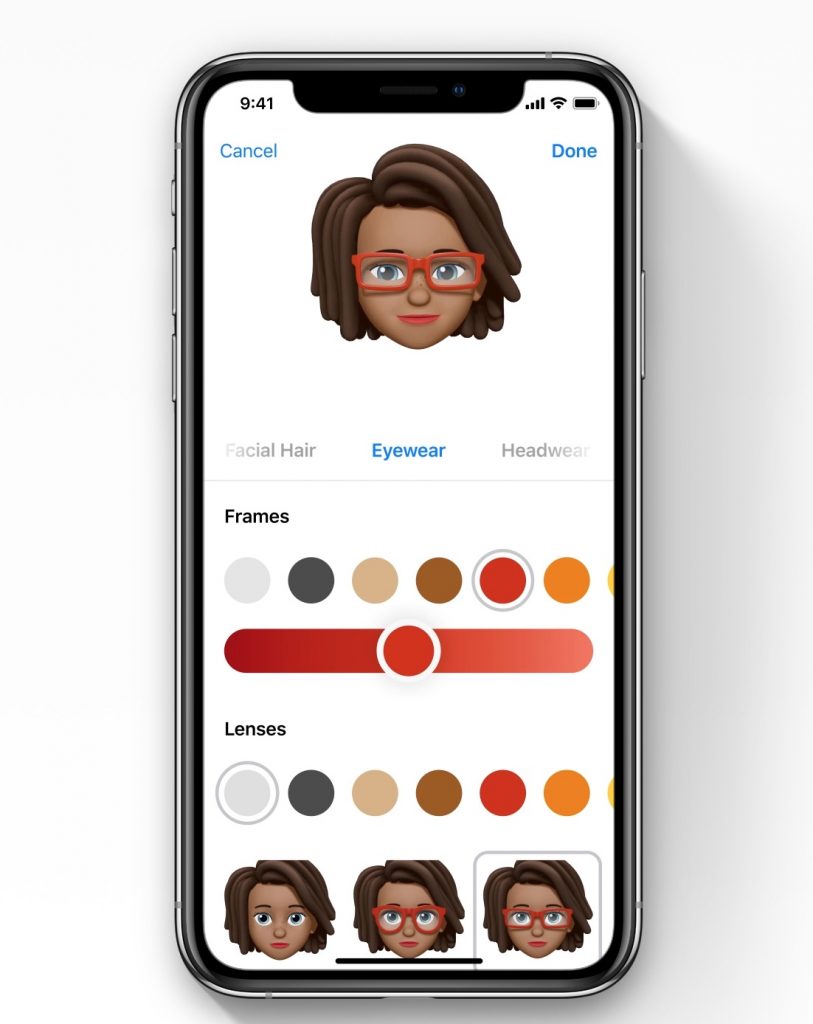 Memojis/Animojis and Camera Effects for iPhone X
Unfortunately this is only for iPhone X devices with facial recognition (sorry 8 Plus-ers like me) but the Messages app — that would be the green texting app you use a zillion times a day — has a new camera tool for photos or videos you take within that app. It’s called a “Memoji” which doesn’t quite roll of the tongue, but it is fun to create a Bitmoji style animated version of yourself to hound the kids about chores.

Plus, who doesn’t want to add filters and stickers on photos these days? Bunny ears or it didn’t happen. (Or something.)

Non-iPhone X owners? You’ll at least have some fun new markup tools for your photos.

Better Privacy Functions
While this is great for everyone, and not just families, we are particularly concerned with our children’s privacy when they’re on their own iDevices, so this is a really great new feature in iOS 12. If you use the Safari browser on mobile, “share” buttons and comment widgets can no longer track you without permission. (Though you are safe sharing any page from Cool Mom Tech, promise!)

A pop-up button will ask if you’re okay with any given site using website cookies, so it’s up to you.

Safari also keeps advertisers from collecting unique info or characteristics from your device to retarget ads to you.

(I will say that as a publisher, we like being able to see what device our users are on — generally speaking, not as individuals — simply because it helps us optimize our mobile site for you. It’s also how we know that so many of you are on Apple devices to begin with. But as a regular mom and consumer and internet user, I totally get the privacy concerns.)

Group Facetime
For those of us with family all over the place, we’re thrilled that Group Facetime is coming! Only…not quite yet. It should be available in iOS 12.1 soon though. And lets you chat with up to 32 people at once. Whoa — that’s going to be some digital family reunion!