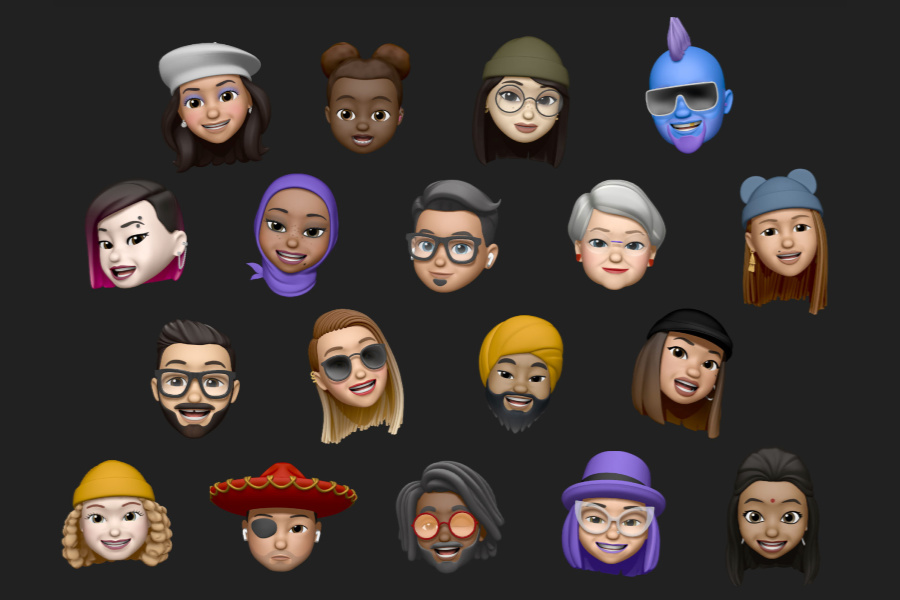 Yesterday, I spent a good two hours live tweeting the bigger Apple announcements at their 2019 developer conference that would be of interest to parents. Like, news about parental controls, photo sharing, and home security? Yes please! News about the 28-core Xeon processors of the new Mac Pro? Maybe not so much for your average consumer (though it is pretty great).

There is a lot of buzz about features like Dark Mode, improved Apple Maps (which I’m excited to try out first-hand), the breakup of iTunes into 3 apps, and new Siri shortcuts — I don’t think those are what impact parents most.

With that, here’s 15 of the big Apple news announcements I’m most excited about for parents, including details about the new iOS 13 coming this fall. I hope they’re helpful to digital parents raising digital kids too.

1. Huge: Sign In With Apple gives a huge boost to your privacy — and your kids’ privacy
I think this is a major innovation, especially if you have kids who are online, and it’s not getting nearly enough attention.

Let’s step back: So many apps require an email to sign-in, from Netflix to some shops where you just want to browse. I hate when it’s a kid-focused app, and I have to give them a spam email to use, especially if I don’t want to use Google or Facebook to log into apps, which I avoid as much as I can. 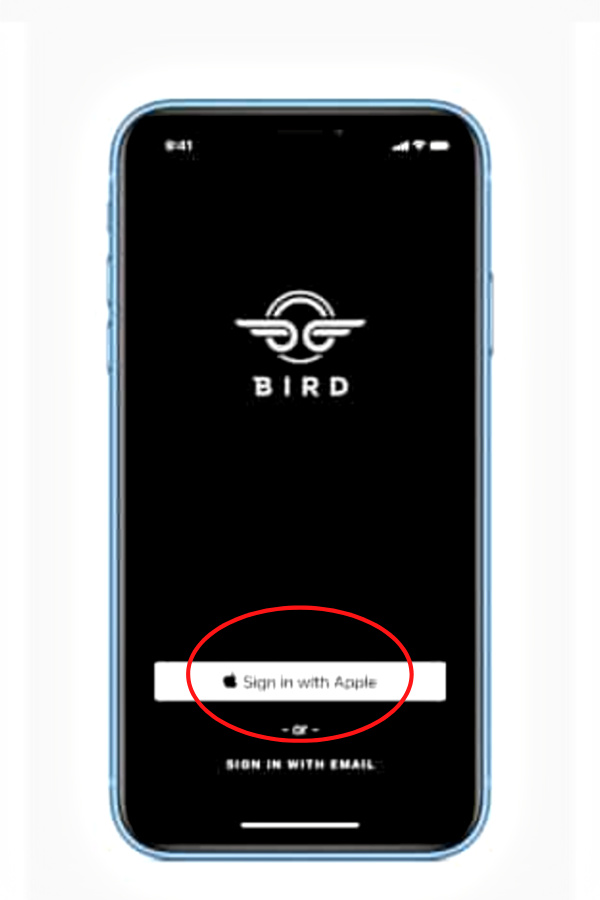 Sign In With Apple will give you the option to login in with a random dummy email address that Apple generates to protect your privacy; you’ll get a different one assigned to you for each app, but mail will still be directed to your own account. In fact, soon Apple will require iOS apps to use the service. And no third-party apps will be able to track you!

With all the concerns about kids and online privacy these days this is really fantastic and we can’t wait to write about it in more detail when it’s out.

2. Say bye to spam calls
Turn on “Silence unknown callers” and you’ll be able to silence all those solicitations and spam calls that interrupt dinner and baby nap time (OMG I could have killed people back them) and send them right to voicemail. Yay! Just remember to check in once in awhile, in case it’s the school nurse calling.

3. You can now find your phone — and your kids — even when the phone is offline.
A lot of tech press is describing Find My app for iOS 13 as mainly beneficial for looking for a lost phone. Parents may disagree — I mean, how often have you used Find My Friends tool for tracking down a kid who hasn’t texted you back after school? (A few times, if you’re me.)

So what’s especially great is that you’ll be able to find Apple devices that are turned off. I’m trying to get a better understanding of the technology, because it uses Bluetooth from nearby devices to help, but it’s evidently encrypted and anonymous and doesn’t compromise anyone’s privacy.

And hey, if you are using Find My to track down a phone you left in a restaurant or on the subway, it’s thief-proof; Apple claims no one will be able to reboot it or reset it without your permission. Though you probably left on top of the coffee maker after all. Ahem. 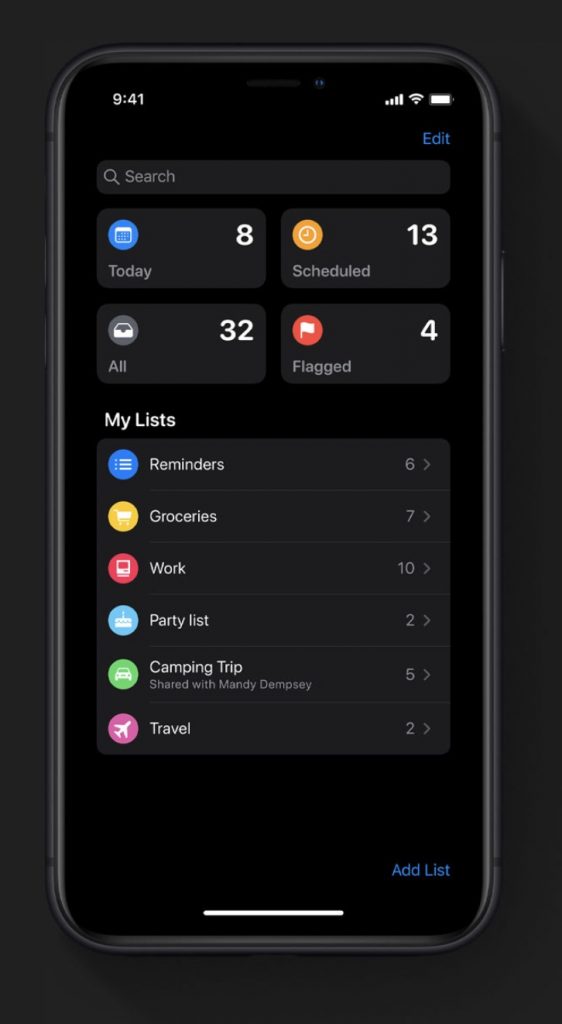 4. An updated Reminders app is a boon to overstretched parents
This is another feature I want to dig into, but just looking at a screenshot I can see the difference. There will be smart reminders, better calendar integration and overall, just better, cleaner UX to help keep us focused. And organized. Or at least striving for it.

5. iPhone photo and video (yes video!) editing will be richer, easier, and more intuitive
If parents use their phones for anything, it’s photos. We’ll now have access to more effects in portrait lighting (which I love in portrait mode on my iPhone 8 Plus), more filters, plus tap-and-drag tools to enhance and edit photos or add effects.

And I am crazy excited that finally, we can adjust the contrast, color and more on our videos too. Best of all, we can finally rotate the freaking video! So if you shoot horizontal and want to upload to Instagram NOT SIDEWAYS, you can do that. Yes! 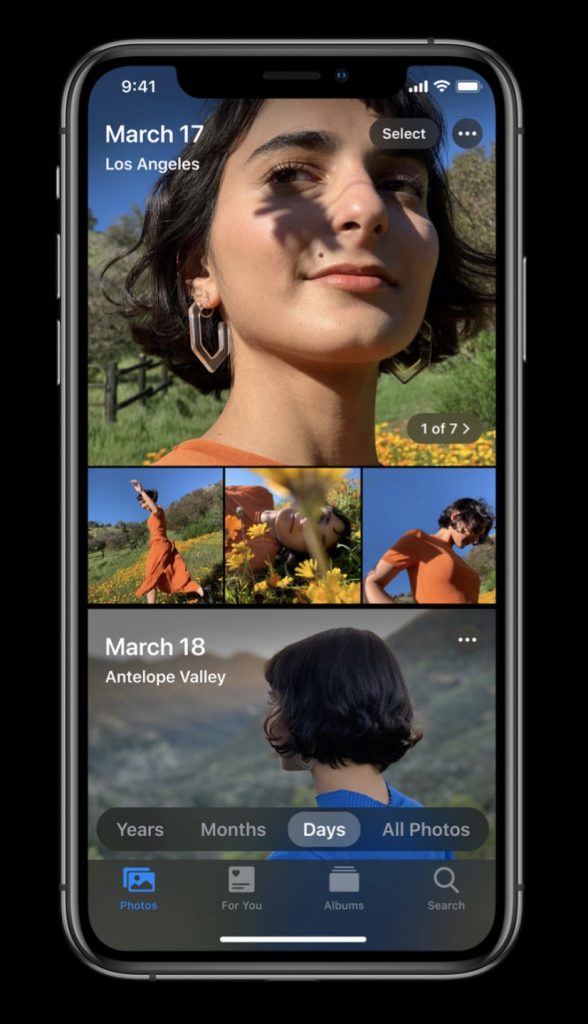 In the WWDC live demo yesterday, seeing little clips of videos and Live Photos while you scroll is pretty delightful.

7. A swiping keyboard in iOS 13 will save lots of time and taps with texts
To get this feature that lots of Android users love, you have to add a 3rd party extension like GBoard Google Keyboard. No more! Now you’ll be able to swipe from letter to letter instead of pecking. 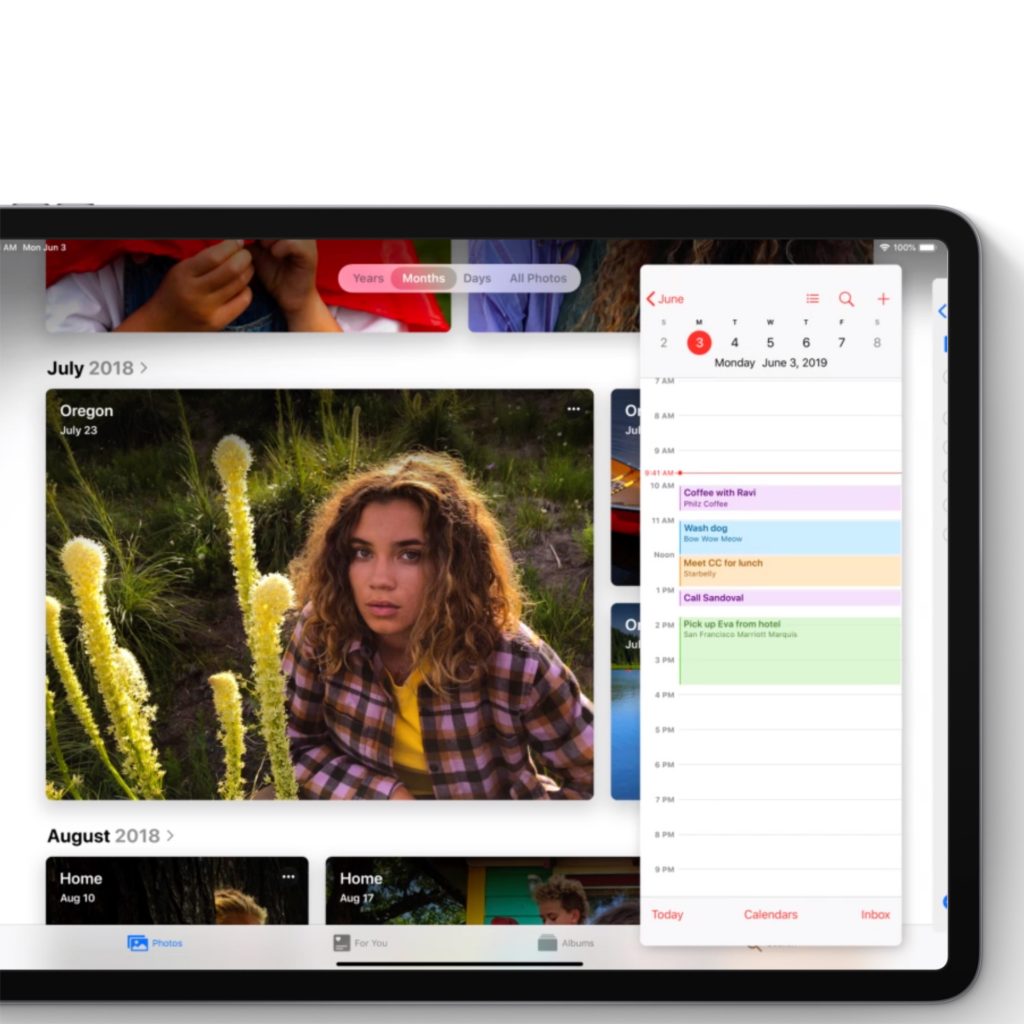 8. iPads will be more viable options over expensive computers for kids.
Moving over to iPad news, iPadOS is launching, meaning for the first time, iPads will use a dedicated operating system separate from the iPhone OS and that means a lot more functionality.

For example, you can now pin favorite widgets to your home screen, to see previews of your calendar, weather app, reminders, and so on. You’ll also be able to use split view (above) to open multiple apps at once, scroll between open windows, say you want to have email and your photo app on screen at the same time, or view two notes side by side.

I particularly love the ability to pinch to shrink your keyboard, then overlay it on top of a web page, if you want to text while you scroll (or tweet while you watch season finales, ha) without using double devices 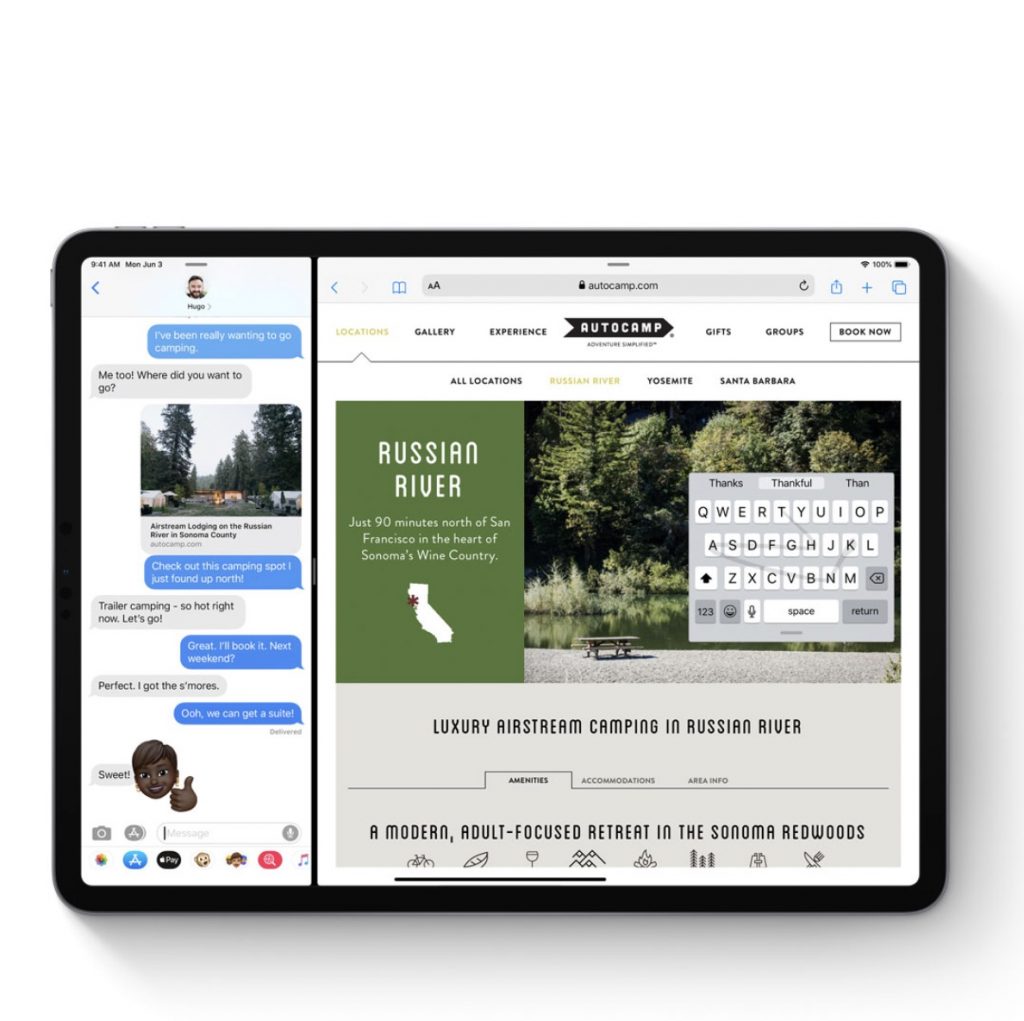 Smaller keyboard overlay with texting and a Safari page on one screen.
You can also see the new keyboard swiping functionality here

Simple new gestures will evidently also give you more text editing power, which is something that’s always been a struggle for me on the iPad as a writer.

Add a keyboard, and I truly think you’re going to have a very functional alternative to buying your kid a MacBook if you want them to stick with an Apple device without spending thousands.

While the Verge and other tech writers claim the iPad still won’t replace your computer from a power standpoint, for the limited computer functionality most kids need, I think it could be a totally viable option to consider — but we will see.

9. 3D AR Apps are coming. Like Minecraft Earth, whoa.
New Augmented Reality developer tools may sound not interesting to you, until you see the Mojang team’s live demo of the new 3D AR Minecraft world. It will enable kids to build worlds right around them and get them moving, Pokémon Go style.

10. HomeKit fixes mean more privacy and security for connected homes — and potential money savings
If you’re a HomeKit user, big changes to the Home app will let you feel even better about the security of your connected video footage of your home and property when using compatible home security cameras from brands like Neatamo and Logitech.

Now, the info is analyzed locally (meaning on your devices), but as far as saving it or sharing it, a new encrypted system will that info in iCloud. This way, only you and your other Home App users can see it. Even Apple claims they won’t have access to it.

Plus, it’s all free with your iCloud account and data use (for storing the video footage) doesn’t factor into your storage plan.

There will also be HomeKit-enabled routers, for added protection, but just from a few providers right now. 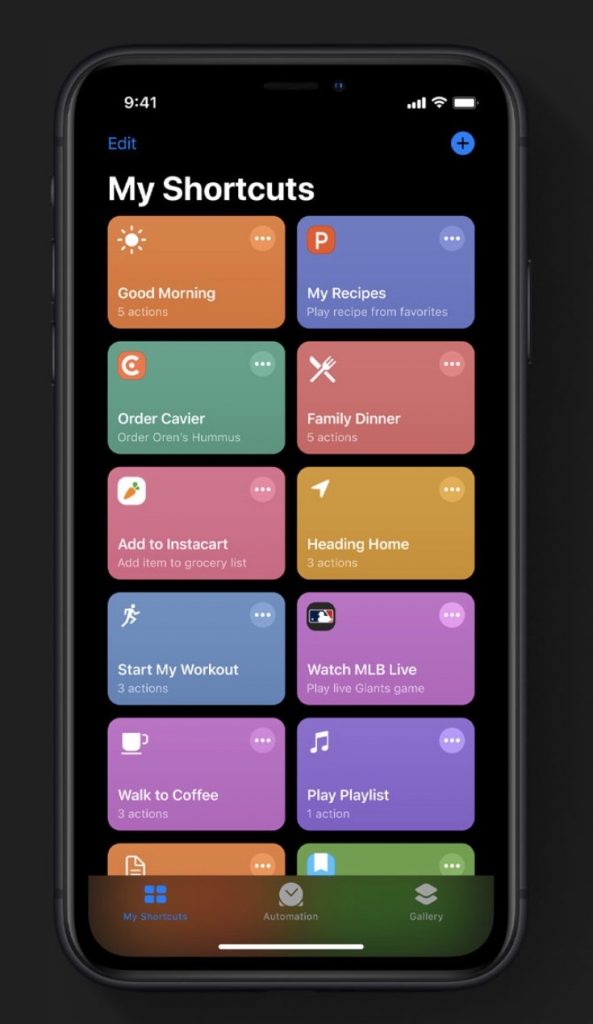 There are a few nice changes just for HomePod users too. The Shortcuts app is now built-in, easier to use, and uses more conversational Siri commands. Another nice new feature is Siri’s ability to recognize different voices, so “Siri, play music” will not bring up your Marvin Gaye playlist when your five year old is hoping to hear Baby Shark.

11. Apple Watch OS6 offers voice memos. And more.
I am pretty obsessed with my Apple Watch 4 right now and described all the benefits I’m gaining from it including connecting more with my family and staying more active. The new OS6 for Apple Watch is coming and while I don’t think the new features are total game-changers, they will make the experience more enjoyable. I’ve been hoping for a voice memo and now, here it is!

There’s supposedly more activity tracking including options for cyclists, and a haptic alert on the hour in case you get lost in work or social media and need a digital tap on the shoulder to keep you focused. Searching the web for an answer via Siri looks easier and more streamlined too. 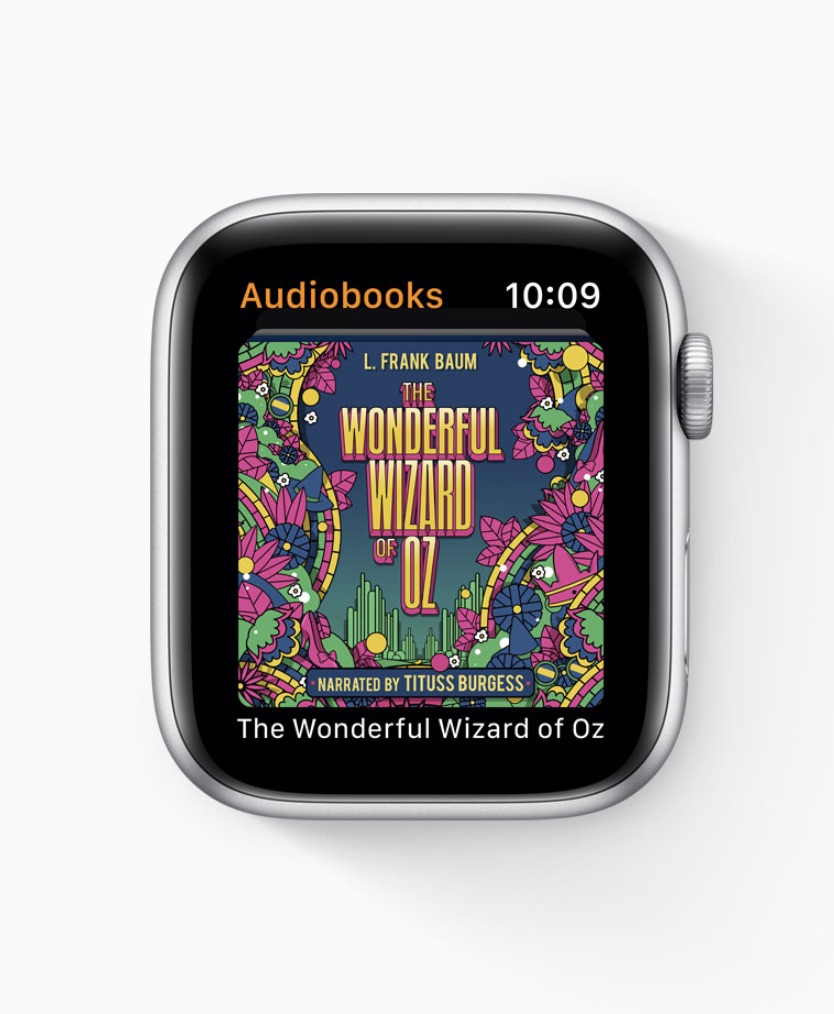 12. A new Audio Book app for Apple Watch can keep you reading
Pop in your AirPods, and find your current title synced to your watch. So you can put your phone away while prepping dinner, or commuting to work, and keep working your way through that book you keep meaning to finish. 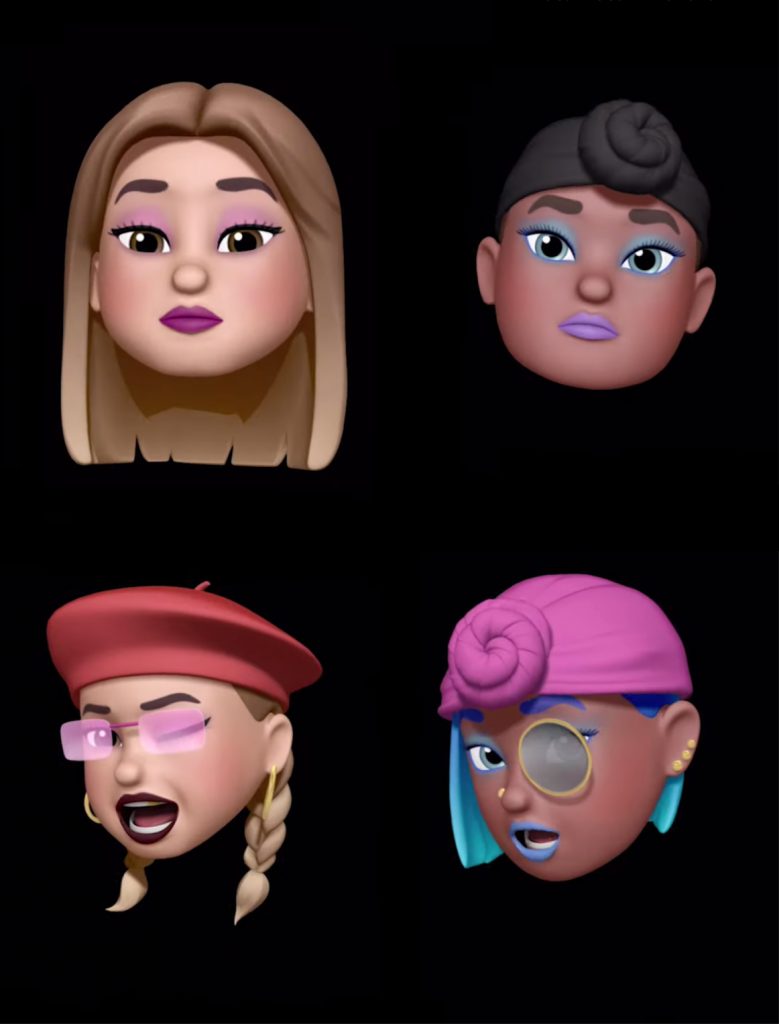 13. Fun stuff: Memoji Avatars
Not that it’s a fix to a big security concern or anything, but this is one of those more personal, enjoyable user experiences that helps remind us why so many people just love their Apple devices.

In iOS13 you’ll be able to ultra-customize your Animoji with accessories, hair colors, makeup, braces, piercings (eep!) and more, and the demo from the demo from Patrick Starrr and Desi Perkins is fun to watch. You also will be able to use do more with your Memoji, like including your own smiley thumbnail in texts or email instead of a yellow smiley emoji. Basically, like a sticker pack starring you.

14. Rich fonts are coming to Mail
But please don’t start sending all your emails in comic sans. Thanks.

15. Two pairs of AirPods can now connect to one iPhone or iPad at once
Good news: Kids can share the screen in the back seat or on the plane!
Bad news: You’re about to invest in some more AirPods. Enjoy.