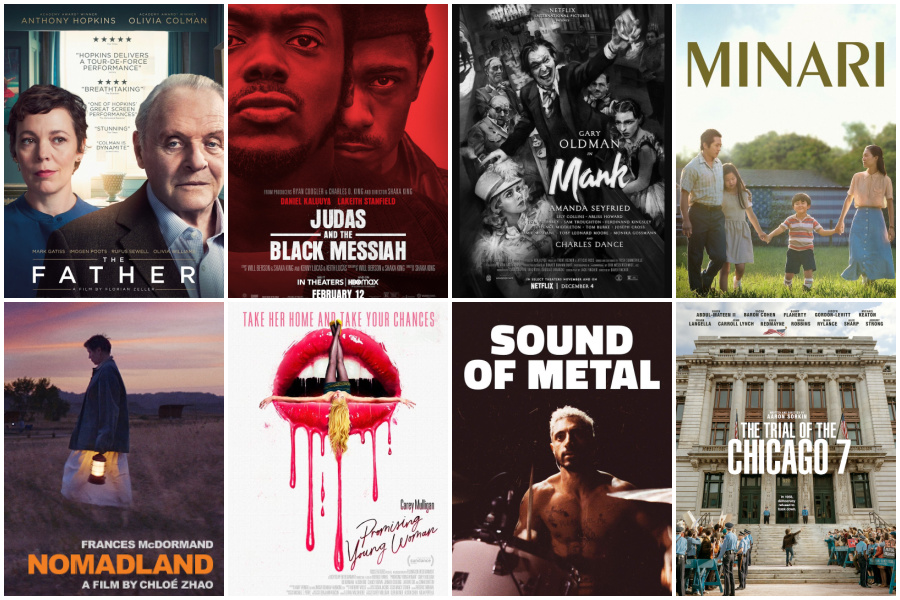 In a typical Oscars year, I’m pretty much an expert on the (ahem) animated film category, but when it comes to the best picture or documentary feature film categories, I’ve maybe seen one or two movies. But 2020 was anything but typical, and one silver lining of the quarantine was the fact that all of the nominated films were released to streaming platforms so I could watch from my couch.

Okay, let’s be honest: my bed.

That doesn’t mean I’ve seen them all yet, however. So if you’re like me, here’s where you can stream every single movie up for best picture, best animated feature film, and best documentary this year. I’ve listed them as they appear on the Oscars ballot, but my own personal favorites this year are Wolfwalkers and My Octopus Teacher. Start with those if you haven’t seen anything yet.

One more thing: I’ve listed the link to stream these at Amazon, although those that are paid rentals are also available on iTunes, YouTube, Google Play, FandangoNow, or anywhere else you can rent streaming movies.

Some of these films fall in that “new release” rate of $20 to rent, but I’ve added it up: if you already have subscriptions to the main streaming services, you can watch all of these movies for just $66. Total. That’s a great deal for 18 critically acclaimed films, and it justifies those more expensive rentals for me.

This post contains affiliate links, and purchases may generate a small commission that helps support our team at no additional cost to you.

Related: 6 great Apple TV+ original shows to try, if you’re still on the fence about subscribing

How to stream the 2021 Oscars Best Picture nominees 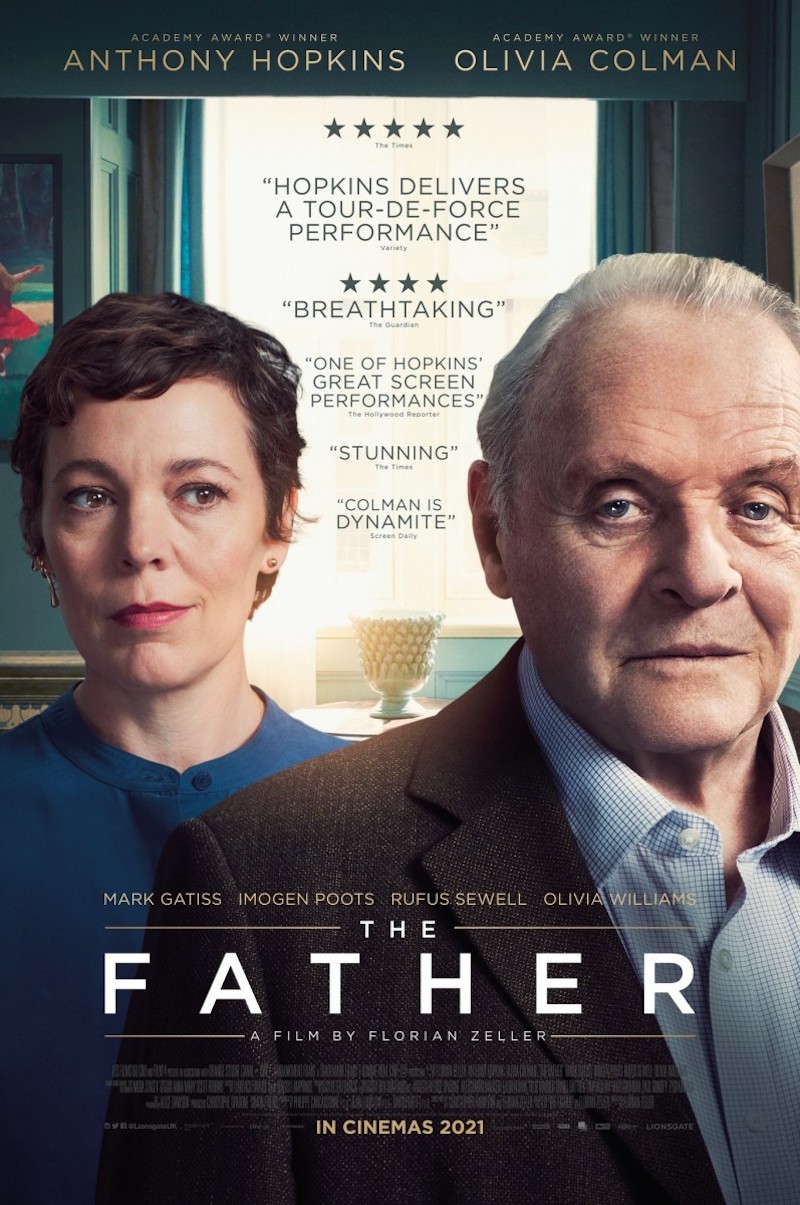 The Father | Streaming on Amazon

This is a complex and moving story about coming to terms with a parent’s dementia. Right now you can only rent, and it’s one of the pricier movies at that “new release $20 rental” rate. That said, from the reviews it looks like it is worth it. (PG-13) 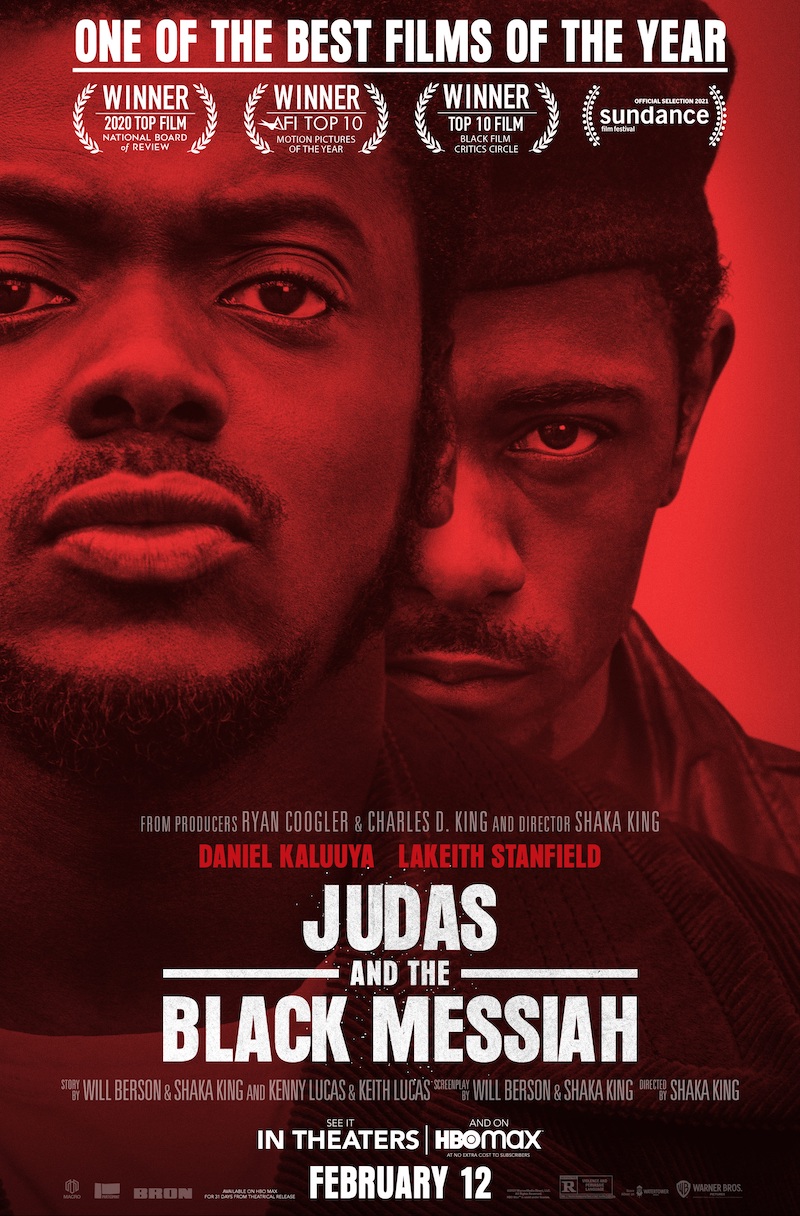 Judas and the Black Messiah | Streaming on Amazon

Gah, I missed my chance to see this powerful biographical film about Fred Hampton and William O’Neal, leaders of the Black Panthers in Illinois in the 1960s, on HBOmax before it left that platform. Now we can only rent it for $20, but that’s not a bad deal. Liz says it truly is one of the best of the year, and an important story that’s as relevant as ever today. (R) 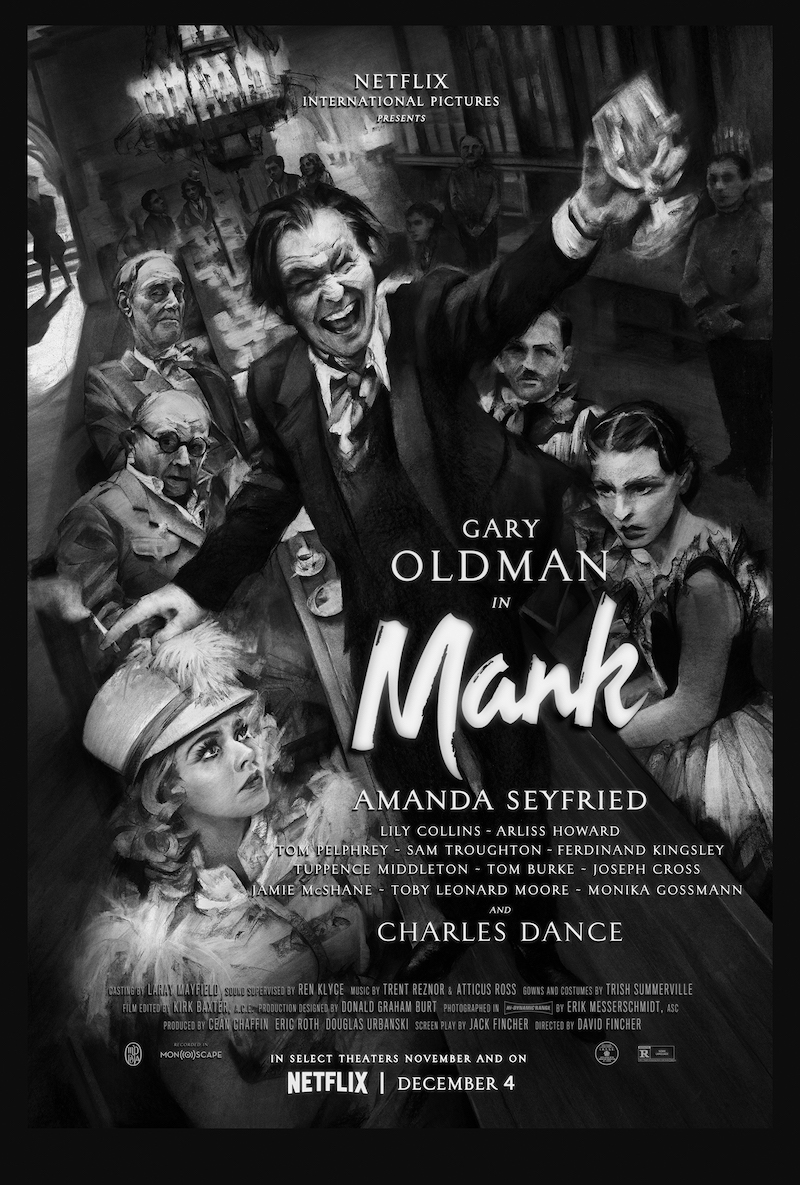 On the surface, Mank is the story of how Herman Mankiewicz created the screenplay for Citizen Kane, but it is also a look at the darker side of Hollywood in the 1930s. The Oscars voters love to honor movies about Hollywood and filmmaking, so this might be one to watch if you’re super into the awards themselves. It also happens to have incredible performances, especially by Gary Oldman as the title character. (R)

Related: These secret Netflix codes can help you find lots of hidden shows and movies 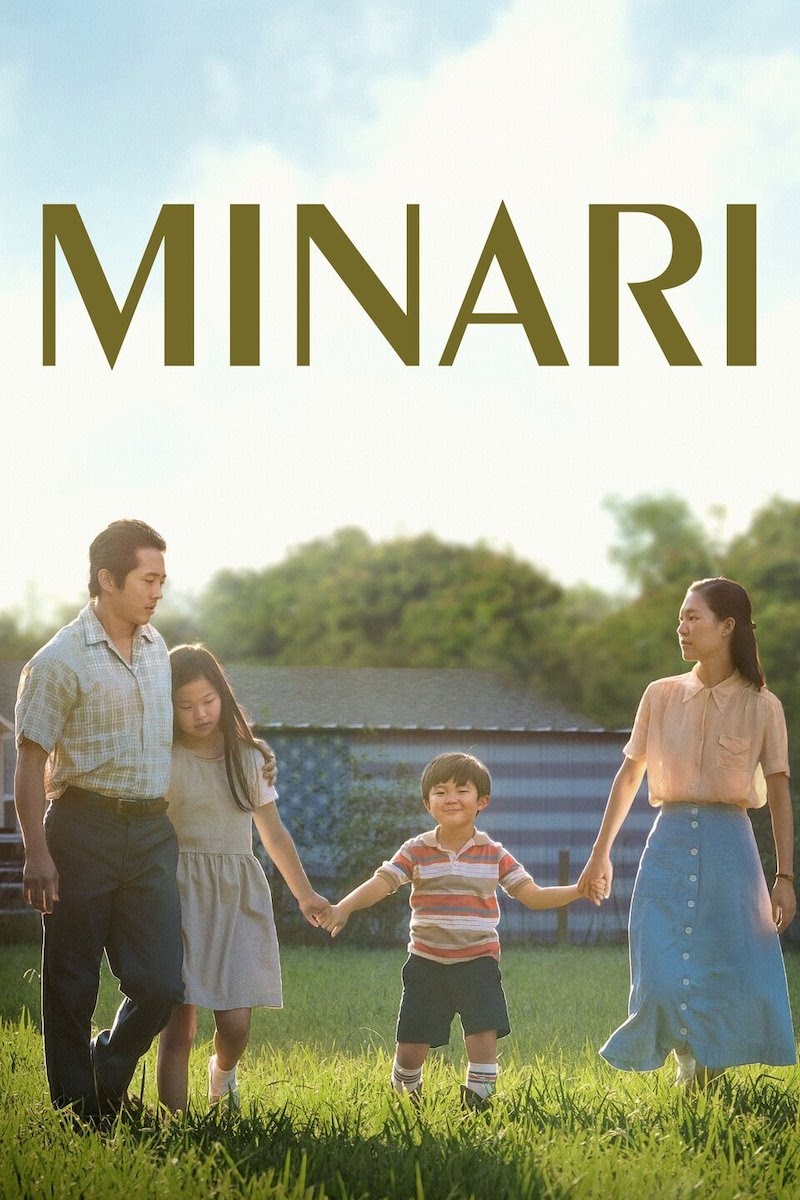 This beautifully told story about family and resilience is nearly all in Korean with subtitles, but it’s also a great family-friendly option if you have tweens or teens. Right now you can only rent the movie, for $20. But it is absolutely, completely worth it according to both Kristen and Liz, who are huge fans. (PG-13) 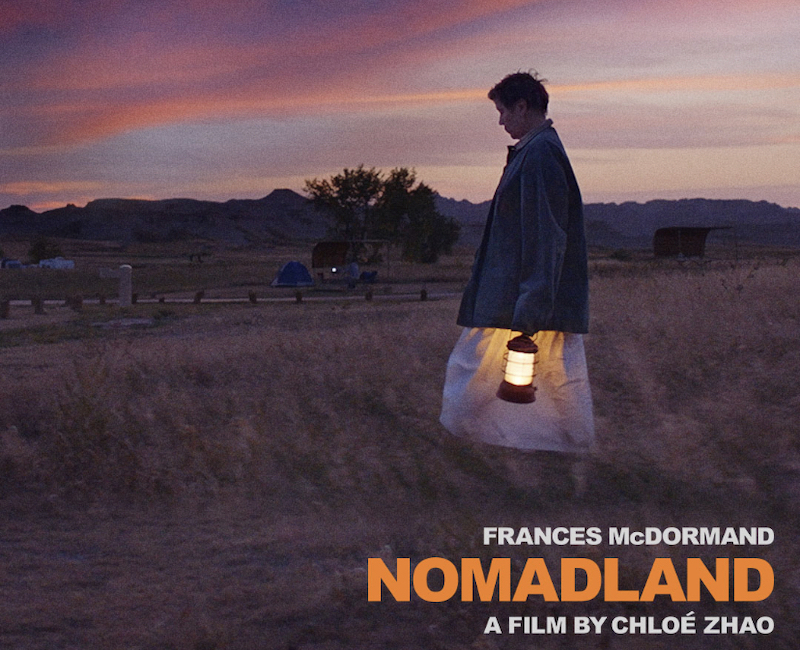 Chloe Zhao’s brutally honest look at the life of modern-day American nomads features Francis McDormand as Fern, alongside several actual real-life nomads as other characters in the film. It’s a top contender for film, acting, and directing, so it’s one to watch if you’re a geek for the awards. But it’s also a wonderfully told story — thanks in part to director Chloe Zhao, who’s breaking multiple barriers with her many award season wins so far.  (R) 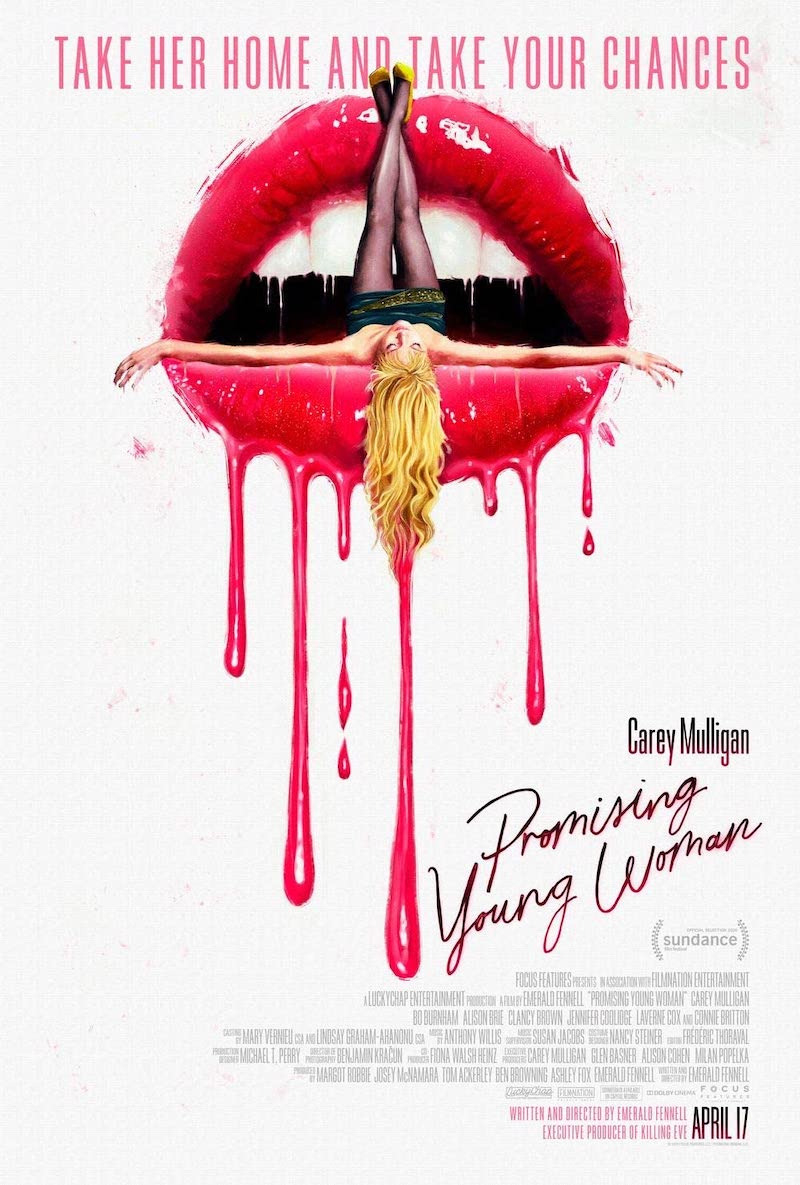 Promising Young Woman is a dark (very dark) comedy thriller about a woman set on avenging the death of a friend, who was a rape victim, by pretending to be drunk, luring men home, then turning the tables violently on them. It’s probably not one to watch with the kids, but it’s wildly popular, and you can rent it for just $6 right now. And hey, fans of The Crown—did you realize director Emerald Fennell also plays Camilla Parker Bowles in the hit Netflix series? (R)

Related: Is this the end of the home theater? 6 gift ideas for families set up a home theater this year 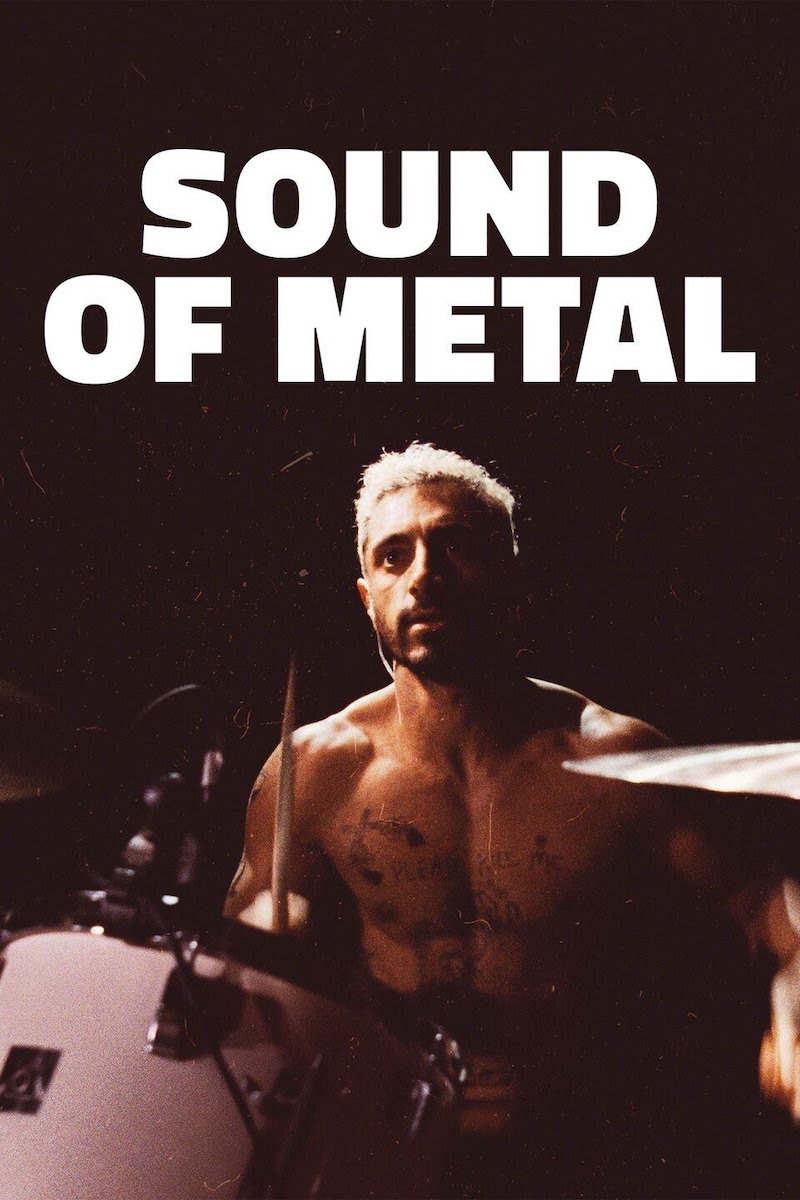 This complex story centers on a heavy metal drummer, a recovering addict who is losing his hearing. His girlfriend checks him into rehab, hoping to prevent a relapse when he finds out the condition is irreversible…and getting worse. Right now, it’s free if you have an Amazon Prime subscription. (R) 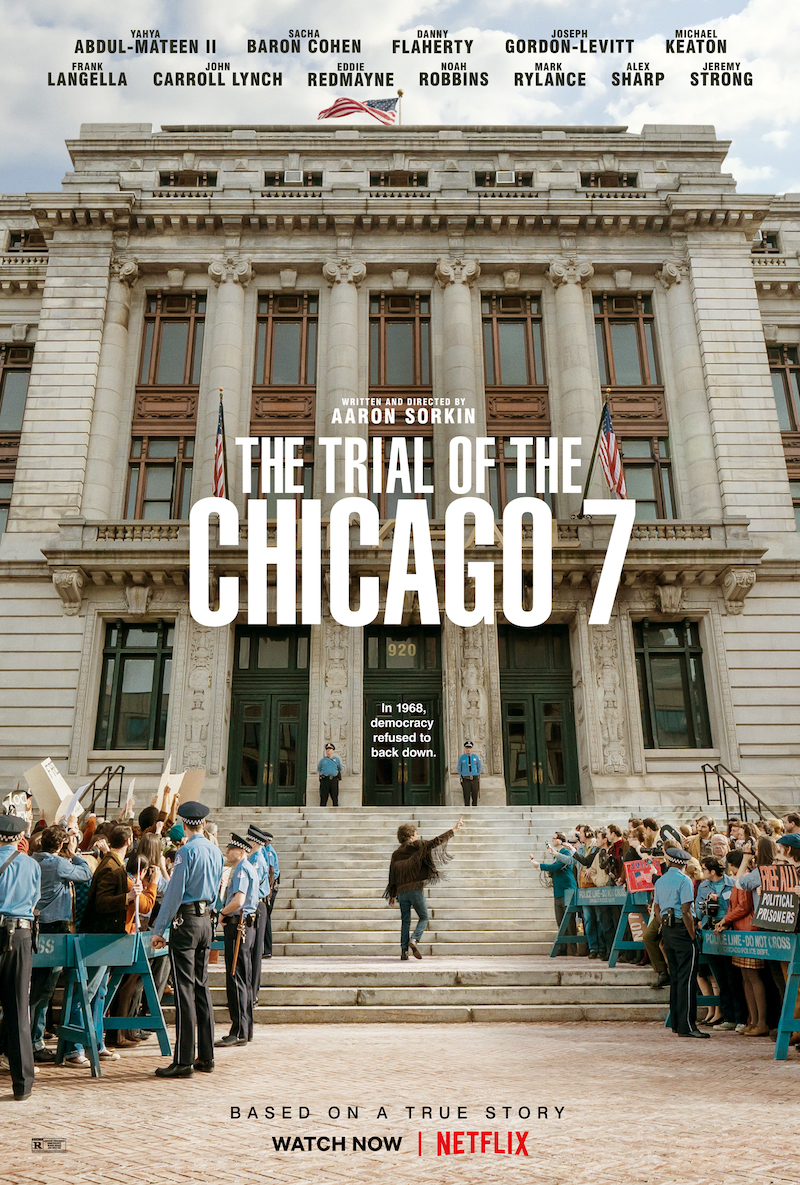 The Trial of the Chicago 7 | Netflix

The seriously star-studded cast of The Trial of the Chicago 7 recreate one of the most notorious trials in history, based on the true story of a Vietnam protest at the 1968 Democratic National Convention in Chicago. This production from Aaron Sorkin is funny, it’s smart, it’s important, and it’s incredibly relevant right now. Almost uncannily so, considering when it was produced. Free if you have a Netflix account. (R)

Where to stream the 2021 Oscars Best Animated Feature Film nominees 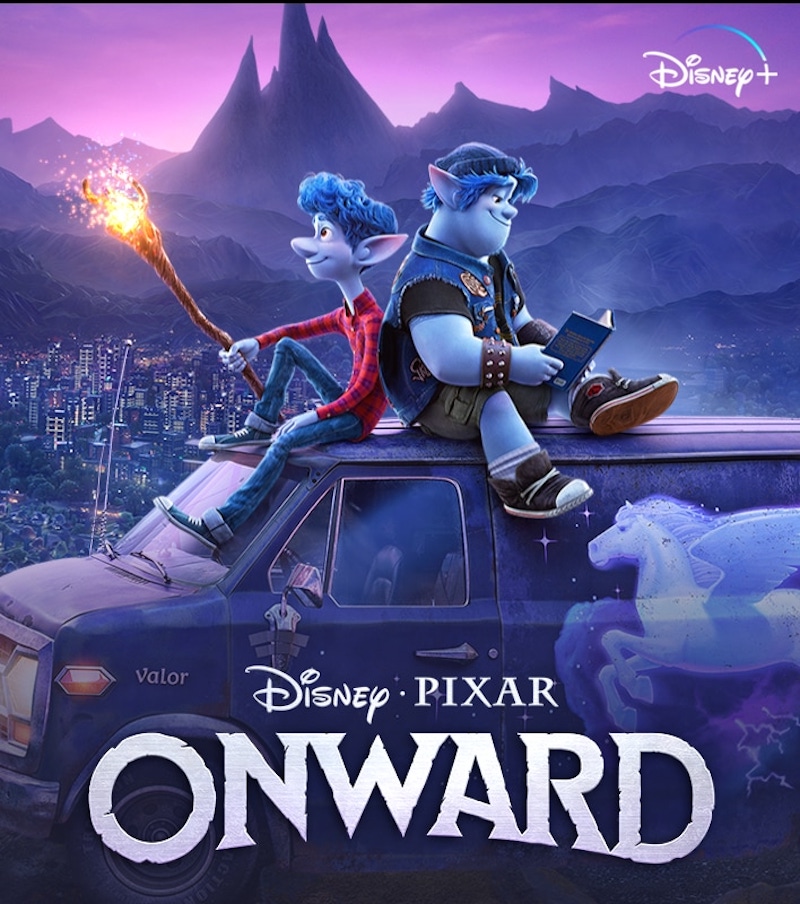 Set in a magical world of gnomes and unicorns, Onward is a cute Pixar tale about two brothers who manage to bring their deceased dad back—only, partially (just up to his waist). You can watch with your Disney+ subscription or rent for $4 at Amazon. Note, this one is more expensive to rent on iTunes for some reason. (PG) 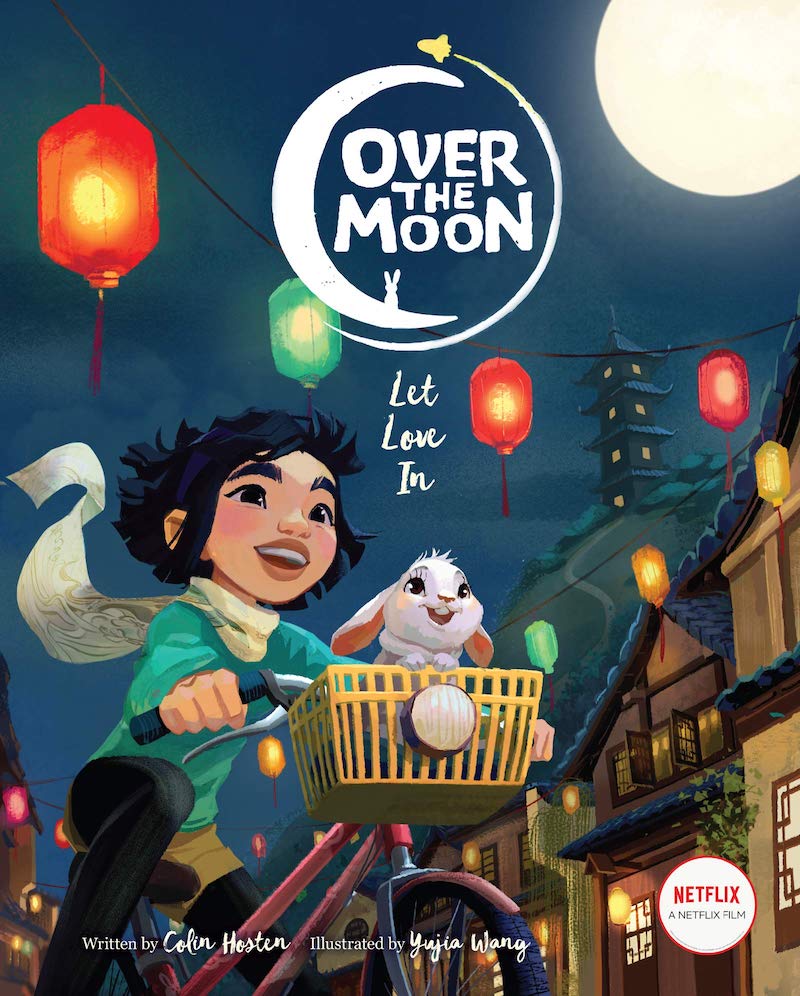 Over the Moon | Streaming on Netflix

Over the Moon serves up a wild storyline — the main character, FeiFei builds a rocket to the moon to prove the existence of the Moon goddess — and there’s tons of fun music in this celebration of Chinese folklore. You can watch it free on Netflix. (PG) 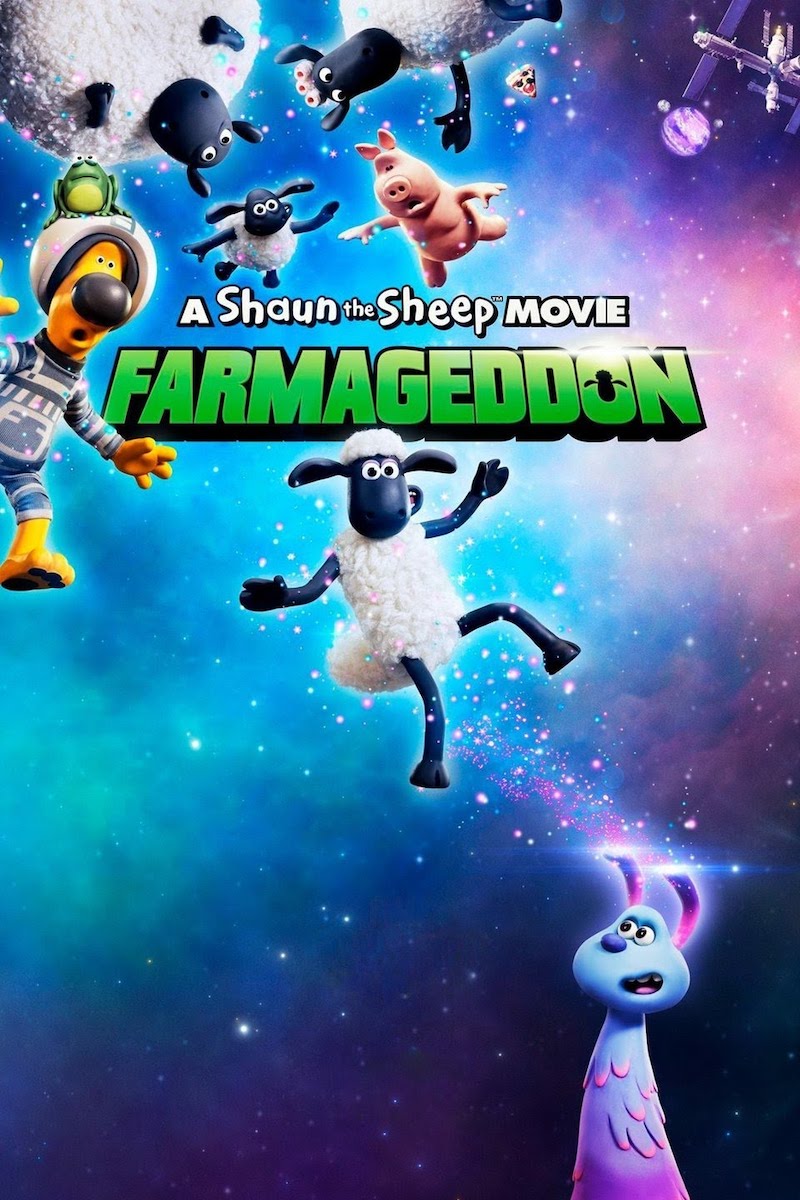 A Shaun of the Sheep Movie: Farmageddon | Streaming on Netflix

Wallace and Grommit fans will love this stop-motion animated spin-off that expands the Shaun of the Sheep series, which has Shaun heading to outer space after an alien ship crash on his farm. It scores a whopping 96% on Rotten Tomatoes and that’s saying something. Enjoy! But only on Netflix. (G) 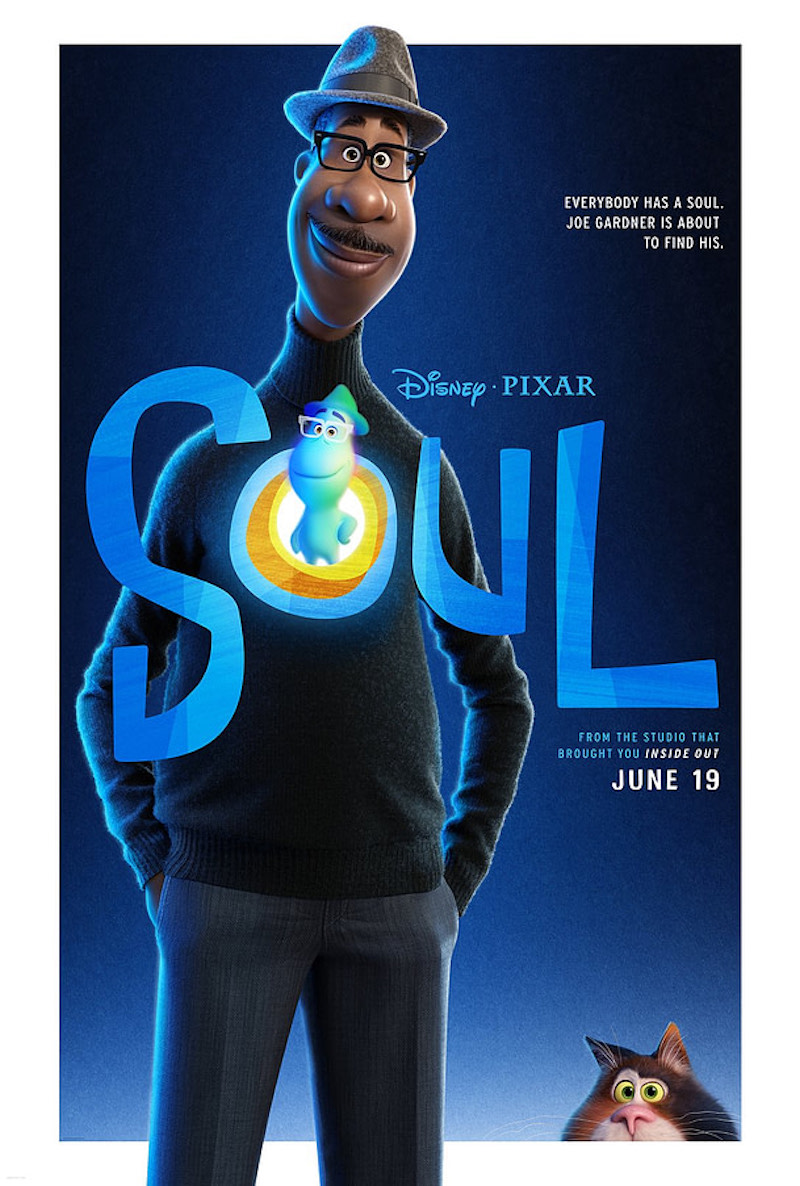 This jazz-inspired Pixar movie is about a music teacher and aspiring jazz musician, whose body and soul (double entendre there) get separated while he reckons with the fact that he’s taken his life for granted. But that’s a very rough description of a wonderful movie for the whole family. It’s included for free with a Disney+ subscription right now, but if you don’t have Disney+, you can purchase it for $20 at Amazon. (PG) 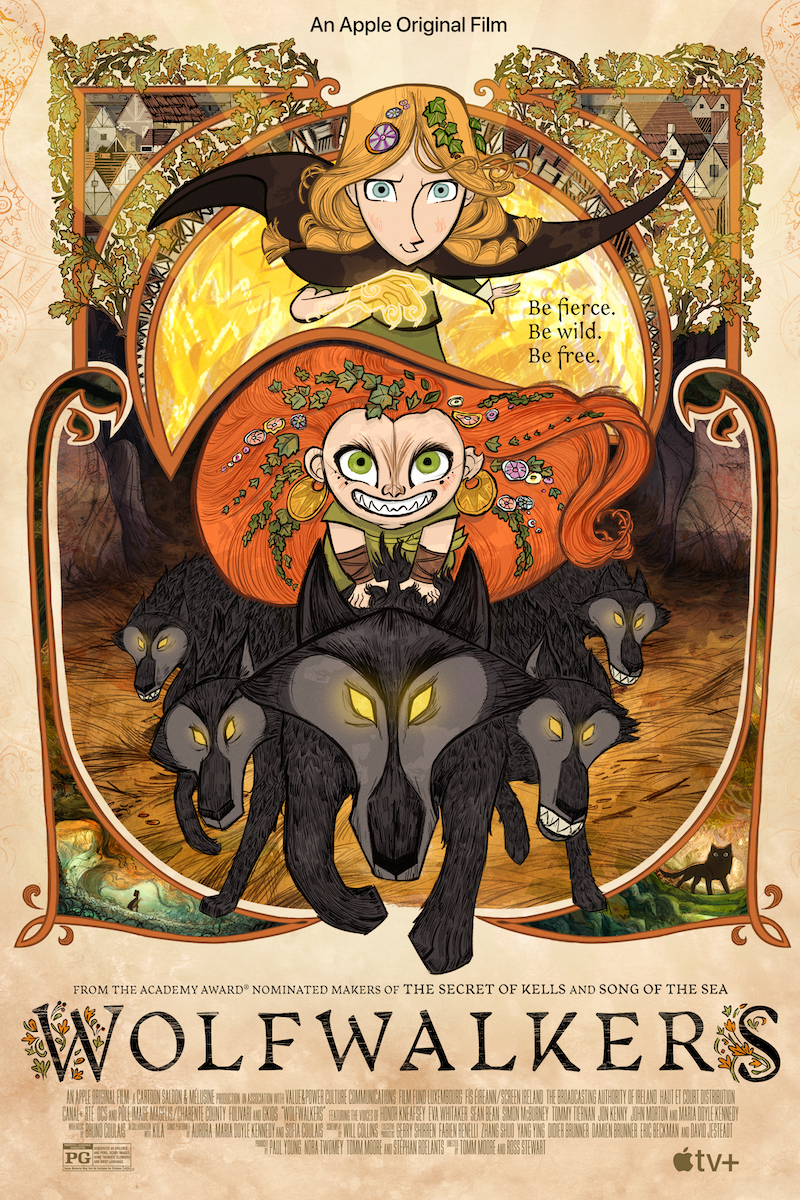 I loved, loved, loved Wolfwalkers, the Irish tale of a young girl who becomes a shape-shifting wolfwalker and must convince her father that protecting the wolves is the best way to protect them all. If you liked the Secret of Kells and Song of the Sea it’s from the same filmmakers. It’s available with an AppleTV+ subscription only, but I’ve written about why this movie alone is worth the $4.99/month fee. (PG)

Where to stream the 2021 Oscars Best Documentary Feature Film nominees 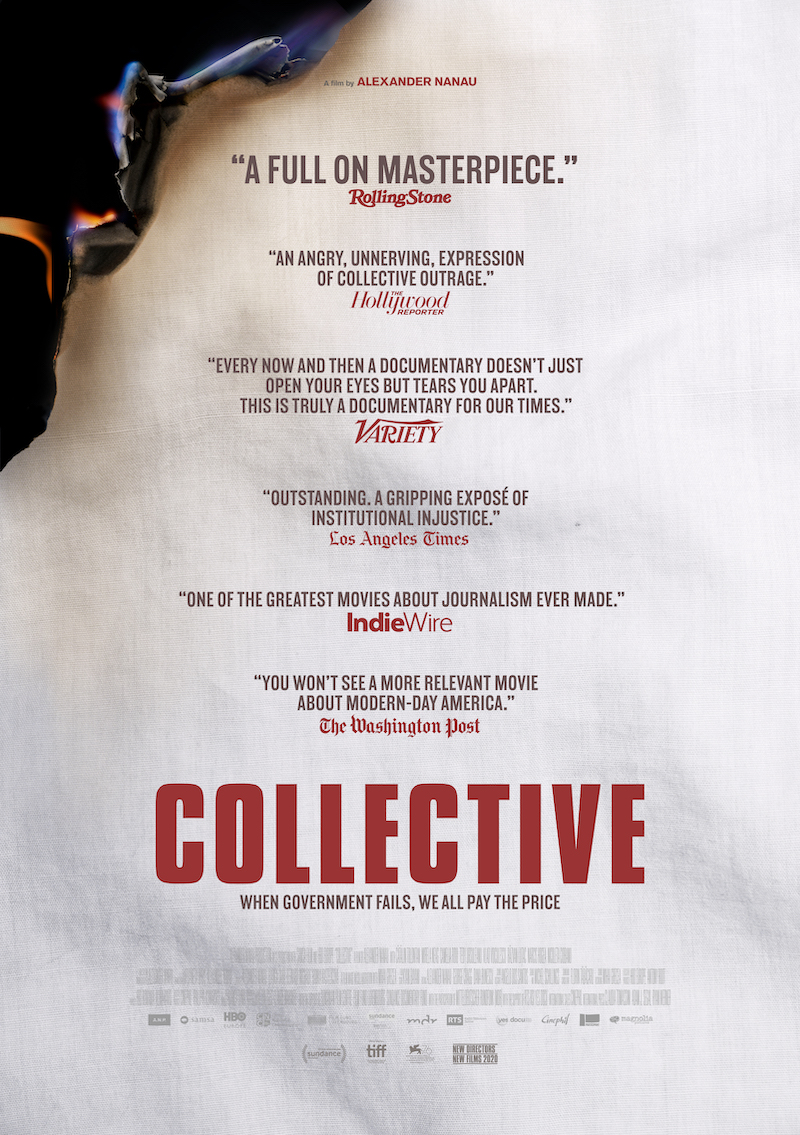 This compelling documentary is about healthcare fraud in Romania, which was uncovered by journalists after a deadly nightclub fire.On the fence? It’s got a 99% rating on Rotten Tomatoes, and a whopping 95% on Metacritic. Wow.  It’s free on Hulu or you can rent it for $4 on Amazon. But beware, it has some horrific imagery so this might be one from the adults. It’s in Romanian and English with subtitles, so it’s also nominated for best foreign film. (NR) 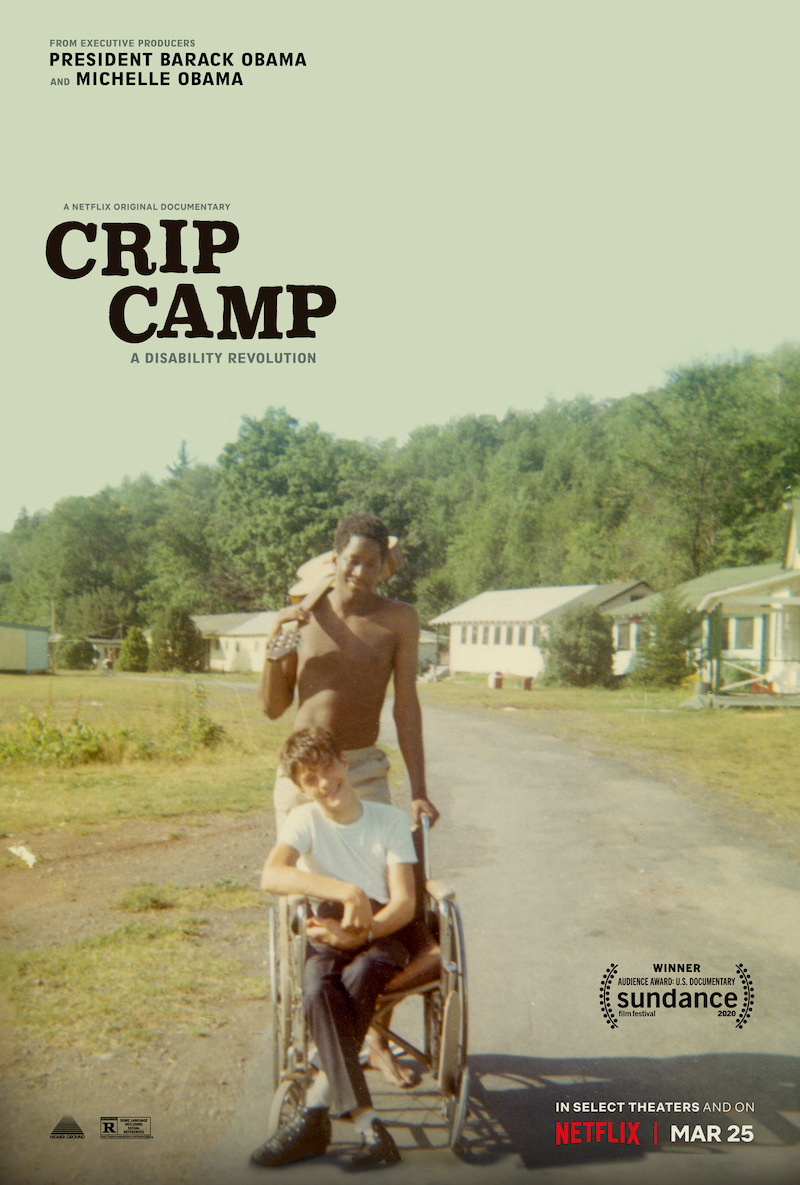 This beloved film has gotten so much buzz since its release a year ago, in part because it was executive produced by Barack and Michelle Obama. It’s a feel-good documentary about a camp for people with disabilities near Woodstock, New York, and how it ties to the fight for disability rights in the 1970s. It’s exclusively streaming on Netflix. (R) 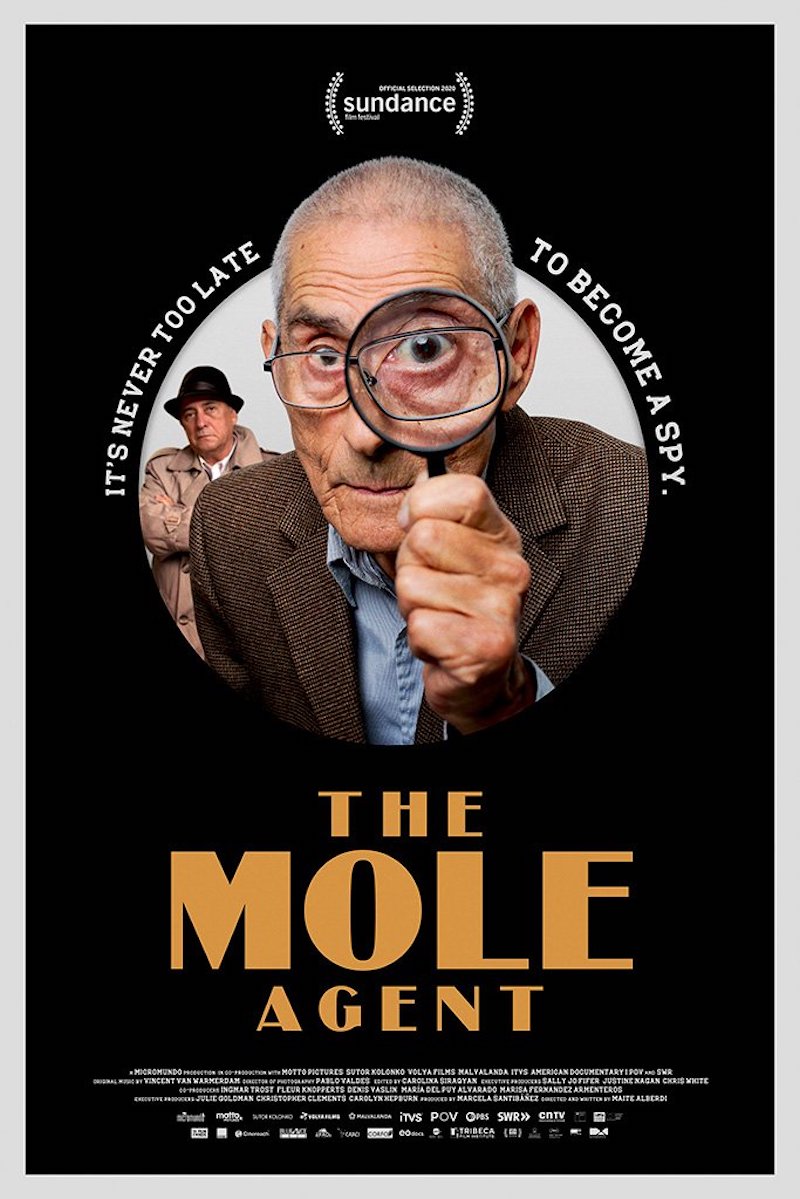 This quirky documentary follows a 83-year-old Chilean widower who answers a job ad at a private investigation firm in order to infiltrate the local nursing home as a spy. (Yes, it’s a documentary!) Armed with hidden cameras, he gets the real scoop on what’s happening inside the home — all with a sensitive take on aging. It’s free with a Hulu subscription, or $2 to rent on Amazon. (NR) 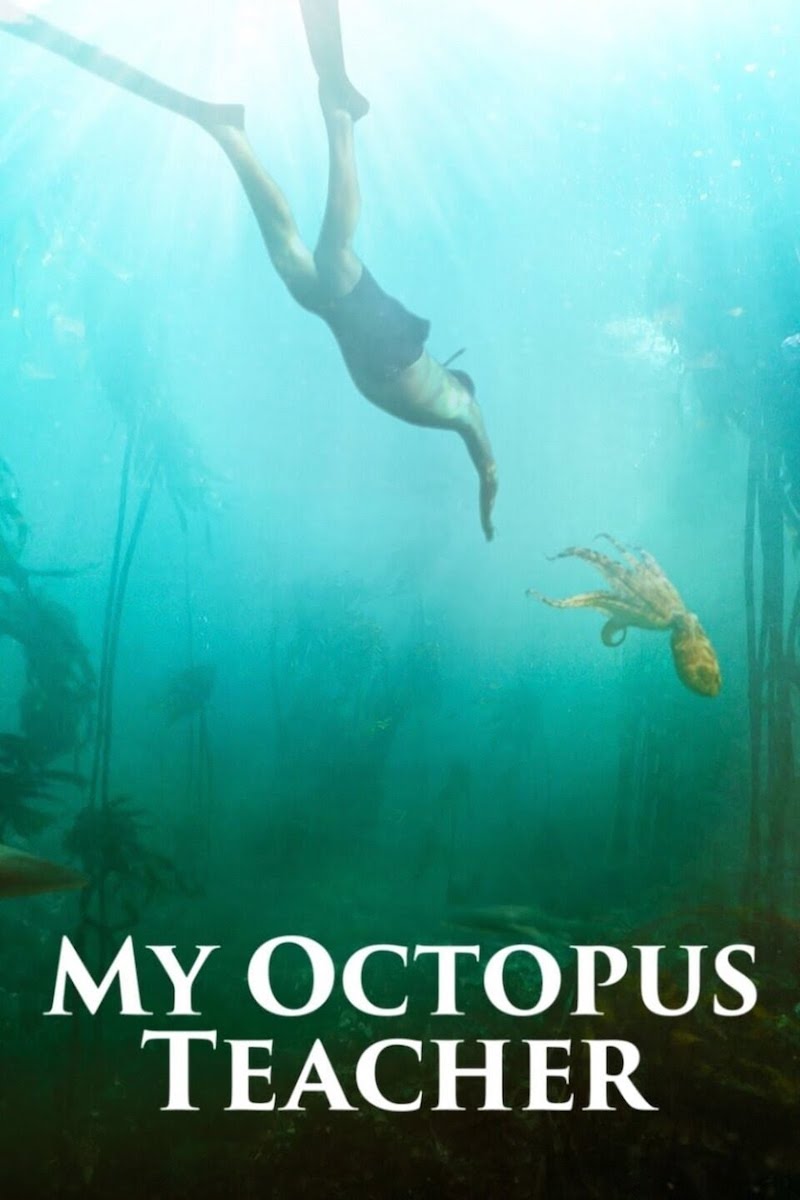 Oh, this lovely documentary really, really moved me. It’s about a South African filmmaker who becomes nearly obsessed with tracking a single octopus in the kelp forest near his home. It’s just so full of heart and love — not to mention, fascinating glimpses into the “mind” of an octopus. (TV-G) 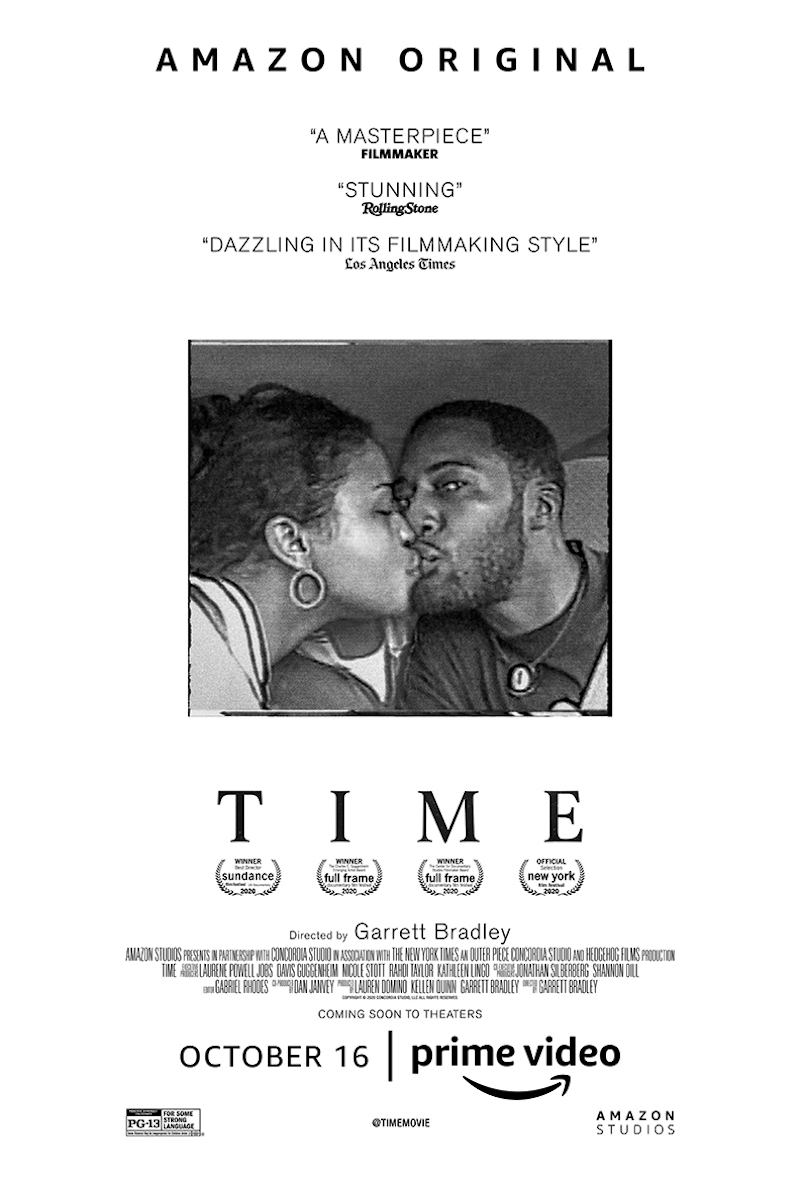 In the early 90s, Sibil Fox Richardson (Fox Rich) and her husband Rob committed armed robbery in a moment of desperation. He was sentenced to an absurdly long 60-year sentence in Louisiana, and this documentary showcases her two-decade campaign for his release. But mostly, Time is a love story, which is why it’s captivated so many viewers. Director Garrett Bradley won the Sundance Award for US Documentary Directing, so this is one to watch. It’s free with an Amazon Prime subscription. (PG-13)