Active Arcade is a fun free app that gets the whole family up off the couch.

Before the holidays kick into full gear, I recommend you download one super-fun, get-off-the-couch app that also happens to be 100% free: Active Arcade. It’s entirely designed to get you moving (and maybe burning off all that pie eating) while enjoying yourself through play.

Unlike a Wii for example, you don’t need any extra equipment other than your phone or tablet to play — a huge plus because I’ve announced that we will not be buying any more gaming systems (ahem).

It’s easy enough for anyone to play Active Arcade, from preschoolers to grandparents, so it’s a perfect idea with extended family who may be gathering, Most of the gameplay is pretty intuitive or can be figured out quickly through a short tutorial.

Related: 7 of the best video games to play together as a family 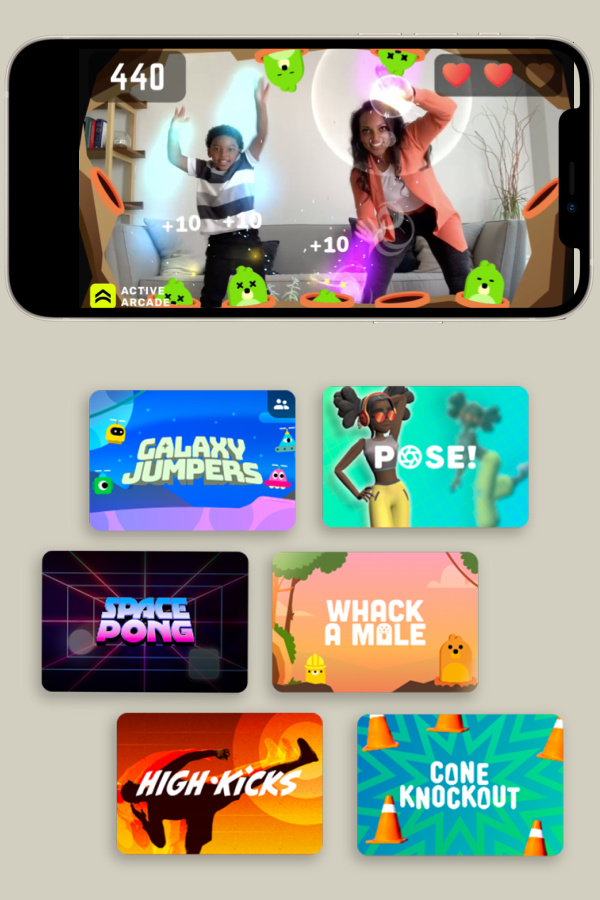 Then, just download Active Arcade app from the Apple or GooglePlay store and start playing. You can either play directly off your phone or tablet, or screencast it to your television. And you don’t need a ton of space either—a little spot in the corner of my family room was perfect.

Several games can even be played while sitting which is awesome for anyone who may have mobility or balance issues.

My recommendation is that you start with the familiar Whack-a-Mole game to get a feel for how the app works. Using the forward-facing camera on your phone, Active Arcade literally puts you (and up to one other person) into a scene where the goal is to bop moles as they appear from their holes.

Know that you’ll look ridiculous flailing your arms around: I played this with my 14 year old niece, and we were shrieking with laughter and sweating after just a few minutes.

My other recommendations: The High Kicks game, which will have you karate chopping and kicking for points; and the SuperHits’ Slash game,  a fast-paced cross between Fruit Ninja and Guitar Hero. I have not yet tested the feature that allows you to play with someone remotely (like you can with Jackbox Games), but I’m hoping we can try it out with our Florida family this winter. 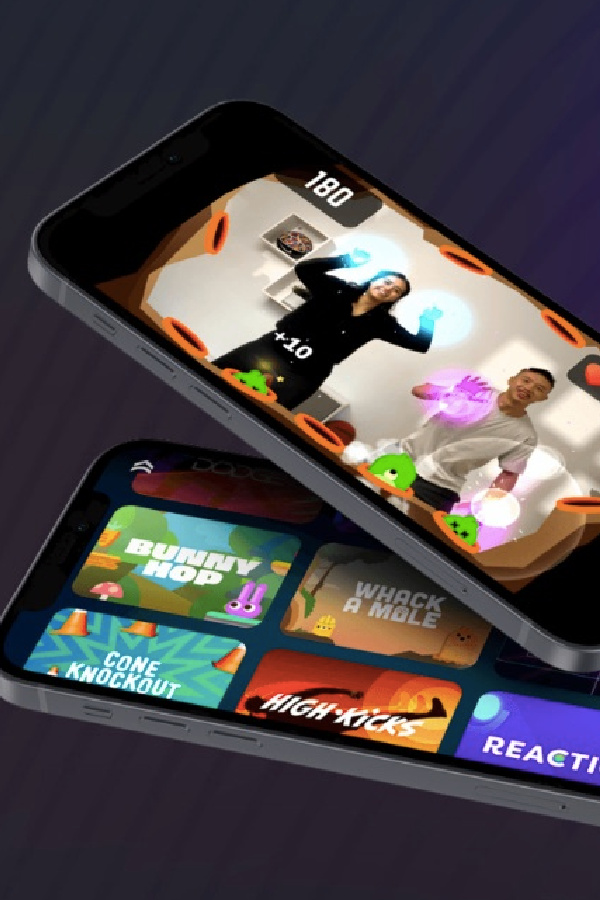 Related: Our favorite holiday tech gifts for everyone on your list

It’s such a great way to burn off some steam after a four-hour holiday meal or marathon gingerbread house decorating sesh. Plus, it’s an incredible ice-breaker for kids to play with cousins or other relatives who they may not have seen in a while.

Oh, and to my kids absolute delight, some Active Arcade games even capture short video of the action so you can replay your ridiculous movements. They really love these videos — especially the ones of me.

Download the free Active Arcade app for iOS and GooglePlay. While some reviews on GooglePlay indicate it may be a little glitchy at times, I had no problem on my iPhone 11.