Should your kids be using BeReal, the hot new social media app? What parents should know. 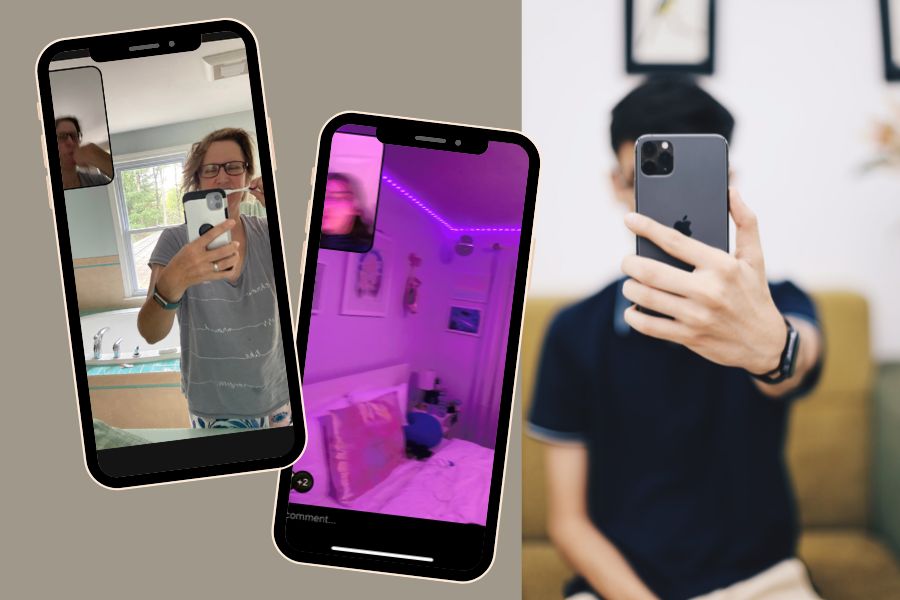 You may have seen this hilarious sketch on SNL that has a bunch of adults using the app BeReal during a rather tense situation. (if you haven’t seen it yet, go watch now! I’ll wait.)

This sketch does a great job explaining what BeReal is, but we’ve seen your comments on our Out Tech the Kids Facebook page and know you have questions about its safety for kids (or more accurately, teens, since this is an app for kids ages 13+.) BeReal may have launched in France back in 2019, but it hasn’t gotten really big in the U.S. until this year, so it’s a great time to be learning about this photo-sharing and social media app that is pretty different from Snapchat and TikTok.

Related: 12 risky apps that parents need to know about.

How does BeReal Work? 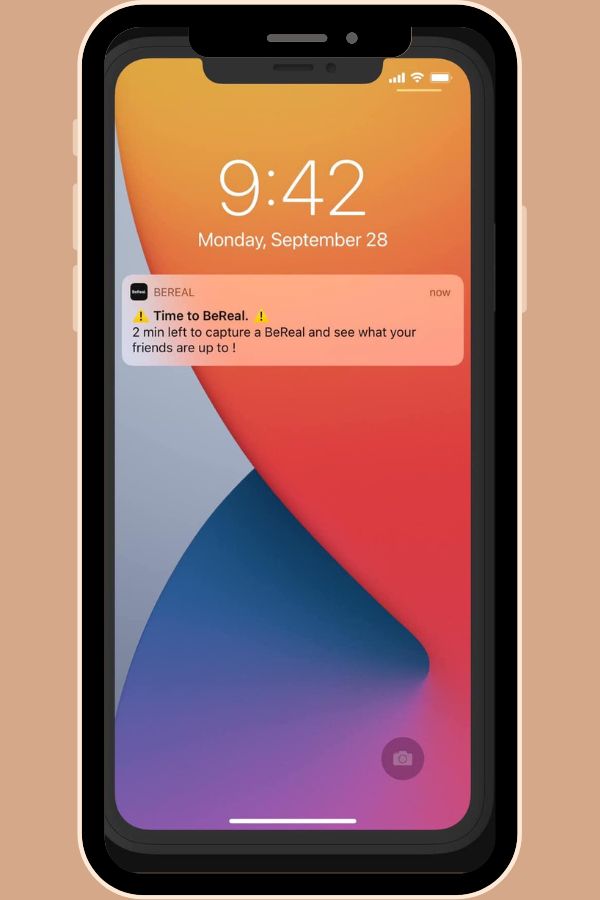 As the name suggests, BeReal asks users to provide a once-a-day snapshot of what someone is doing at a specific moment in time: In other words, to “be real” and not take time to stage a photo. Filters or editing options are also not a thing, unlike Instagram where everyone looks like either a part-time model or world traveler. Sometimes both.

To keep the pictures as spontaneous as possible, the BeReal app sends an alert at a random, always-different time of the day. Users have only two minutes to take a selfie and forward facing picture that is uploaded to their followers. But don’t worry: You set your broad geographic region when you upload the app so that alerts aren’t going off at 2am U.S. time; but they can go off roughly between 7am-midnight as I noticed recently that my notification woke me right around 12am. Ugh.

Related: Should I let my kids use Snapchat because their friends do?

What makes BeReal kind of fun and different is that tiny window into what everyone’s doing at the same moment. It’s cool to see that one friend might be at the store, another is watching a movie, and someone else is eating ramen. Feeds are refreshed daily so the app encourages users to check in at least once a day to see what their friends have posted.

But, if you miss your “window” because you were napping, in class, driving a car, in the shower, etc, you can still take a later photo provided it’s within the same day. Your photo will indicate that it was taken late but that’s no biggie–there’s no “BeReal police” out there. Note that you won’t be able to view anyone else’s photos until you upload your own picture though.

How to be “social” on BeReal 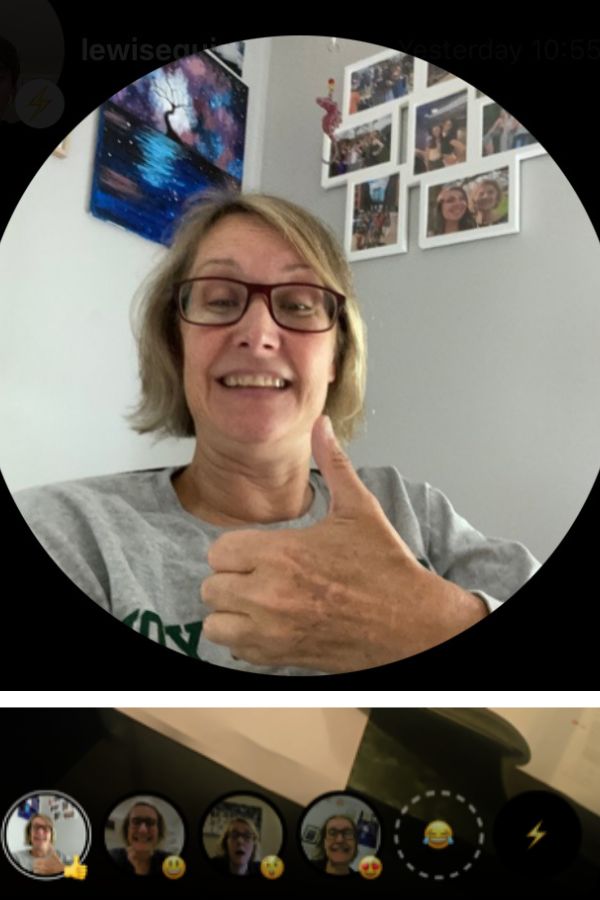 Users react to their friends’ BeReal photos through something called RealMojis which pair an emoji with a selfie, as shown above. Friends can also leave comments on posts but there is no private direct messaging or commenting from anyone who isn’t a friend.

And unlike other social media apps, you can’t see how many followers someone else has. That’s a nice way to keep this from becoming a popularity contest.

I find BeReal to be much less of a time-suck than other social media platforms. After I’ve left my reactions on the accounts I follow, there’s not much else to do here but go on with my day—unlike TikTok or Instagram which can burn real time from my day without me even noticing. But, teens who have hundreds of friends may spend more time reacting to those posts.

Not surprisingly, due to the rapid growth of BeReal, TikTok and Instagram are also testing out “BeReal”-like capabilities in an effort to keep up with the popularity of this newcomer.

Is BeReal safe for kids?

This app is created for teens and adults ages 13+ and has a pretty standard Privacy Policy, so my answer to whether or not it is safe is, “it depends”. If you follow your child’s own feed, you will see what they post every day, which should hopefully influence the choices they make. But you can’t control what their friends post, and like Snapchat, each day’s photos disappear at the end of the day.

There is, however, a “Discovery” tab that lets them peek at what people are doing all over the world. Scrolling this feed is like flipping through a bunch of random pictures with only a couple of truly interesting photos jumping out. Inappropriate photos can easily be reported, though I have yet to see anything I would have any concern over my kids seeing.

I do worry though that BeReal will start accepting videos which could change how I feel about this app a lot.

Tip to keep safe on BeReal 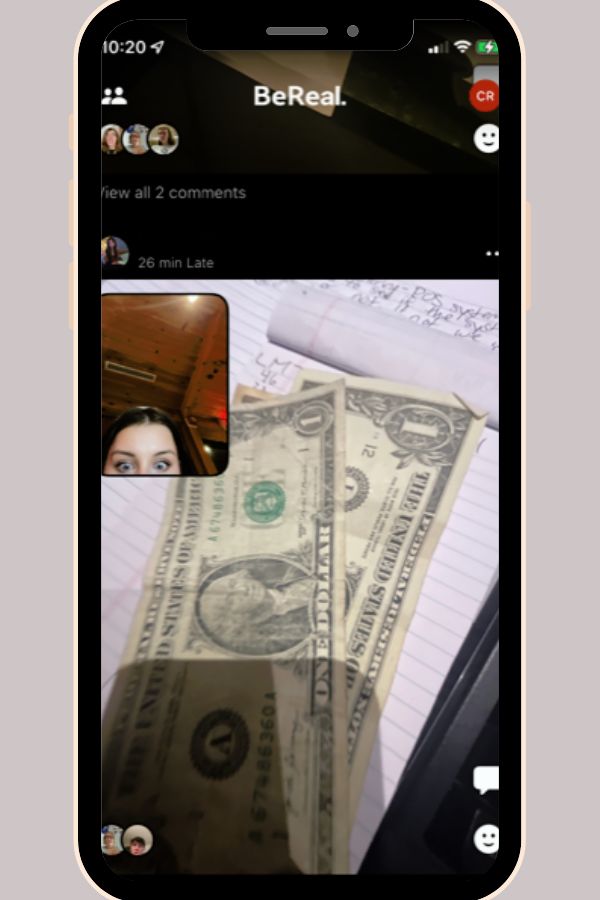 Depending on the age of your child and/or your own comfort with the app, here are some of my tips to keep everyone safer on this app:

In a world of photo filters and follower counts, BeReal does feel like a breath of fresh air, though it is still a social media app. My advice for parents is to try it out themselves along with their teens and keep the conversation open. With other apps also testing this same format, it seems like this “realness” may get more popular with time and not less.