Pluto.TV gives you more entertainment options right on your computer. 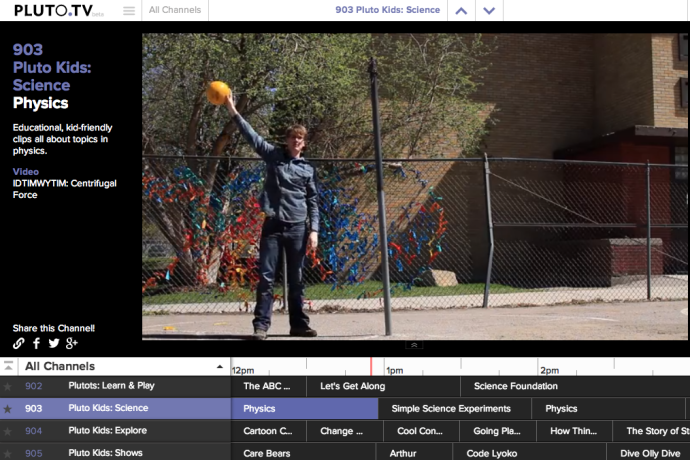 In the past week, two different friends have told me that they’re ending their cable TV service and switching to streaming services or online media for their entertainment needs. And when cool online entertainment options pop up, like Pluto.TV, which just launched this week, it gives even more people reason to cut those cords.

Pluto.TV is not actually TV, so let’s get that out of the way. It isn’t a way to watch existing TV on your computer, like Hulu is, so don’t expect to find Downton Abbey. Rather, it’s an entire platform of content that has been surprisingly well-curated from the best of the Internet, most of it seemingly from YouTube. And it was founded by parents, so you know it’s going to be a great option for those of us who are too.

This online entertainment destination  has launched with 100 channels of content to start, in categories like sketch comedy, kids’ music, drama, sports, news, commercials, style, food, and travel. It gets incredibly specific; there’s even a channel dedicated 24/7 to cats. Yep, cats. (Not that I can personally recommend binge watching that instead of Game of Thrones or House of Cards, but hey, people like cats.)

I was pleased to find TED talks, videos from Funny or Die, a place to find the most viral videos on the web besides Buzzfeed, and even some original “shows” from guest curator celebs like Nas and Cat Cora. There’s a very good music channel just for kids, with music from Laurie Berkner to The Muppets. But if they’re a little older, we imagine they’ll be thrilled to discover an entire World of Minecraft channel. 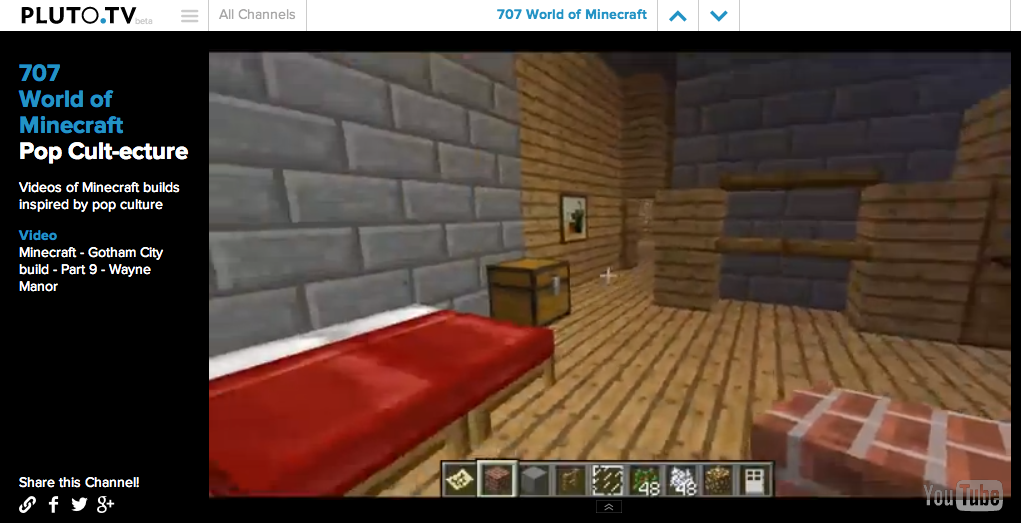 What’s really wonderful is that the categories make it so easy to find the kind of media that you’re looking for, and it’s all formatted just like your cable menu at home, complete with a guide showing the programming on each channel by time. You can flip through the channels to see any other content that is currently playing or even “DVR” a program to have the ability to rewind and fast-forward.

The site is entirely free, as are the Pluto.TV iOS app  and Android app , which is pretty amazing considering just how much content they make available. And I haven’t seen any ads yet, besides a few annoying pop-up Google Adsense ads, that you can just x out, same as you do on YouTube.

Personally, I don’t anticipate cutting ties to cable yet. I still like to veg out with some Bravo TV every now and again, but it’s nice to have Pluto.TV as another option for entertainment. Plus, as a parent often looking for entertainment options for the kids, I do like that I can access a huge variety of content in one place without having to manually type in “funny skits” or “kids music” in Google.

You can start watching Pluto.TV immediately by visiting the website and selecting a channel of your choice. It also supports Apple TV and Chromecast with more devices to come.