What you need to know about new iPad Air 2 and iPad Mini 3. Besides that they are awesome. 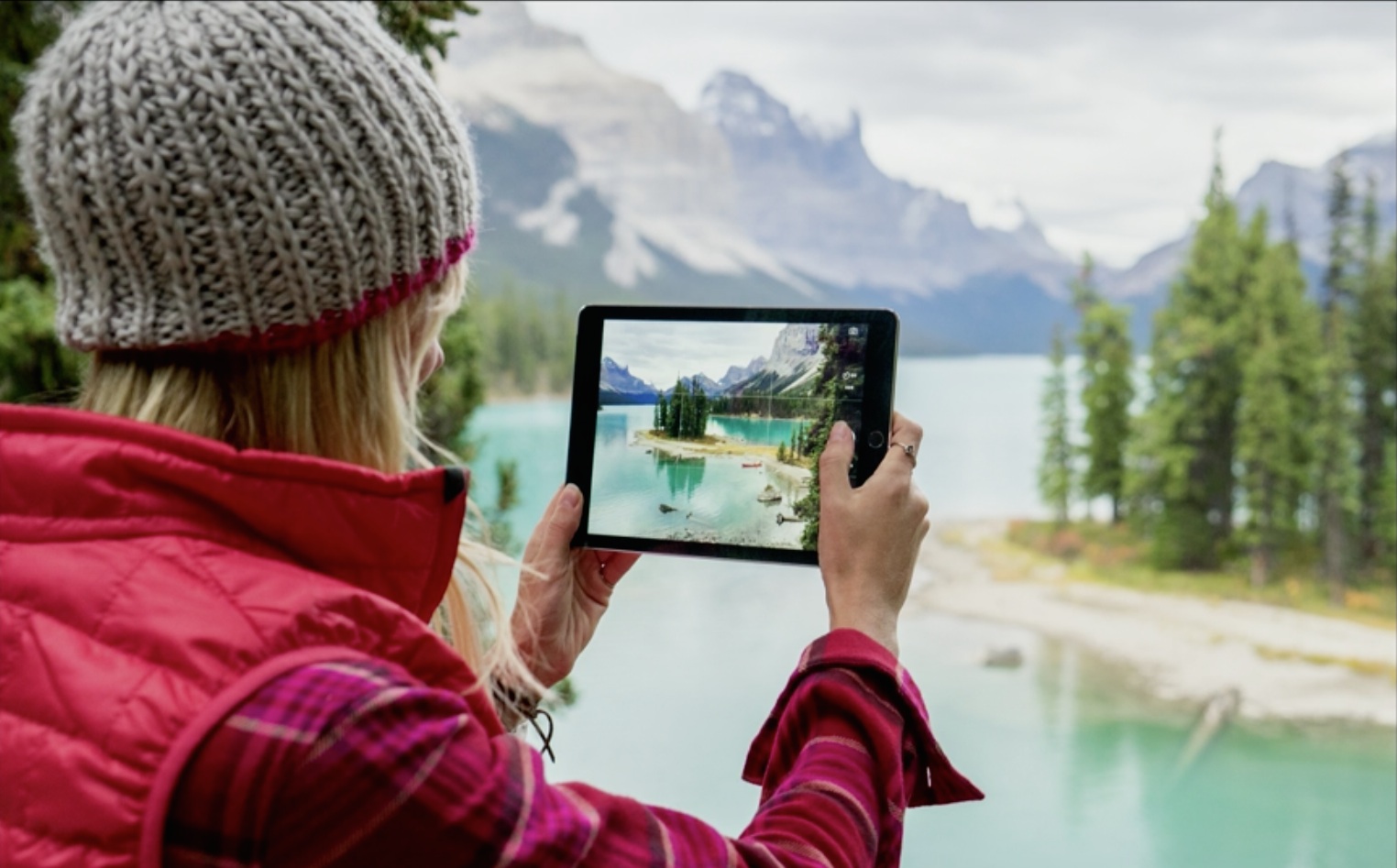 Today’s big Apple livestream announcement, as predicted, heralded the launch of the much anticipated new iPads: the iPad Air 2 and the iPad Mini 3.  And this is the point at which you kind of secretly hope that maybe your screen on your new iPad Air cracks or something just so you have an excuse to upgrade.

For those of you still with iPad 2s or earlier? I think you’re running out of excuses. Or at least Apple is hoping so.

Considering the iPad is scoring #1 in customer satisfaction over other tablets, and outselling any other brand’s total roster of tablets combined, it makes sense that Apple would keep plugging away to stay ahead of the competition with improvements. By nearly every account it’s the best tablet out there, and I admit I am biased as an Apple fan, but I have to agree. But now it seems the best just got better. Here’s why.

You can never be too thin. If you’re a tablet.

The most impressive and obvious change of the Air 2 is the size. It’s only 6.1mm thick –or thin–which is pretty impressive, and it weighs just under a pound.

For comparison sake, the current iPad Air is 7.5mm and that already seems thin to me. Or if you go back to the original iPad (remember when that was mindblowing?), you could stack up two of the iPad Air 2 tablets on top of one another and it would still be thinner than the first iPad. That’s thin. And you still get a reported 10-hour battery life so you’re not trading function for size.

It’s all reinforced by aluminum by the way, so don’t worry about bending. That said, don’t put it in your pocket, okay? It’s an expensive tablet, not a stick of gum.

If you’re a pixel counter, you’ll find 3.1 million of them in the iPad Air 2 display. For the rest of us, that just means a seriously sharp image. It makes apps look amazing–provided they’re optimized for the display–and the demo was pretty impressive (see the shots below). The processor as a whole is 40% faster, and the graphics processor now operates at console-level speeds, or 2.5 times faster than the previous iPad Air.

Another announcement that made a big splash today is the new anti-reflective coating; this is the first time it has been used on a tablet. It evidently reduces reflections by a whole 56%, and those of you who have ever had to re-situate yourself because of the glare from a window or a lamp or TV know that’s a big deal.  I think it’s especially relevant for students using tablets in classrooms, where they don’t have control over their light source–or the evils of overhead fluorescent lighting.

I’m not quite sure if the lower reflectivity means you can start reading from you Kindle app outside just yet, the way you can on a dedicated e-reader. But seems like for most of the ways I use my own tablet it’s a significant improvement.

Now that’s a camera. Or two.

I’ll be honest, I don’t tend to use my iPad Air camera much because I feel like a big jerk holding up some giant glaring screen over my head in the school auditorium and blocking everyone else’s view. But considering how my kids love the camera on their hand-me-down iPad, and how many apps now integrate the iPad’s iSight camera, I can see why Apple keeps improving it, along with the FaceTime camera.

With the iPad Air 2, you’re getting an 8 megapixel iSight camera that’s capable of shooting some amazingly sharp 1080p HD video. The exposure is amazing, a lot of noise is eliminated, the color is more accurate, and the depth of field is impressive. Looking at the demo photos from the presentation, it’s hard to believe they were captured from a tablet.

We’re also huge FaceTime users around here, so I can’t wait to see how much better low-light video calls will look.

What’s especially fun for a lot of us is the addition of panorama photos and a burst photo option–which is terrific feature for action shots of the kids. There’s also now the ability to take time-lapse video, and the iPad Air has a particularly impressive slo-mo option (shown above) that lets you shoot 120 frames per second. Because all of the video is so sharp, you’ll even have the option to shoot at regular speeds, then slow down certain portions afterwards.

And since it’s a selfie world, face detection is much improved, and the addition of burst selfies will allow your kids to kill your battery even faster.

Yesssss! And that’s all I have to say about that.

(Well, except for the fact that it’s going to work with Apple Pay.)

iDevice integration up the whazoo

Apple is definitely working hard to keep Apple users in the Apple family, with some serious integrations between the tablets, computers, phones and anything you’re storing on the cloud via iCloud. If you’ve read up on iOS 8 there’s not a lot of new news here. Except that they’ve fixed it, and now iOS 8.1 (coming Monday) will do what iOS 8 was supposed to do.

If you’re currently using a PowerBook and an iPhone but another company’s tablets, all this synergy could be enough to get a lot of users to make the switch.

A nod to the environment

With increased awareness of the eco-cost of all of our technology, I am glad to see the continued efforts from Apple to get the lead out, so to speak, and be more eco-conscious with materials. There’s no mercury in the LCD display of any iPad Air. The display glass contains no Arsenic. There’s no PVC and no BFRs, which environmental groups have been calling to remove from electronics for years. The enclosure is even recyclable, for when you’re ready to trade in for that iPad 6 Air one day.

also,  I wasn’t aware until today, but Apple is the only tech company with every facility running on 100% renewable energy. That includes their offices, 140 of their shops, their data centers. So let’s be honest, it’s still a major piece of technology made with all sorts of metal components–not a bushel of organic carrots sprouted from your own composted soil–but it does make me want to look more into the environmental practices of all the tech companies I buy from and see if this is the direction everyone will start taking–and even who’s doing better than Apple in certain capacities.

Now for the other big tablet announcement today.

I’m starting to think that the line between tablet and phone (sorry, hate the term phablet) is being blurred, even more so now with the launch of the new iPad Mini 3 on the heels of the iPhone 6 Plus. Of course the Mini doesn’t have a phone–unless you consider Facetime Audio. In which case, hey! It’s a phone!

Still, the iPad Mini with retina scores a 100% customer satisfaction rating–which the Cupertino folks weren’t shy about describing today–and I can hardly blame them. Who gets 100%? Like, no one. So hopefully the Mini 3 will keep the trend going.

There’s that 7.9-inch retina display with 3 million pixels — you can read up on the super techy design improvements if you want to understand the specifics of separation between pixels and signals, and the increased pixel density. Or, you can just look at the pretty pictures and go, wow. Those looks awesome.

The camera isn’t quite what you get with the iPad Air 2 — you get 5MP compared with the Air’s 8. And while you don’t get burst mode with the iSight on the Mini, or slo-mo video capability, every other camera and video feature is comparable.

Oh, and there’s also touch ID, for which I give another big yay!  I say that not just as a tech enthusiast, but as a shopper.

Then of course it costs more if you want the Wi-Fi + Cellular iPad; add another $130 onto the base price.

As always, the new tech always brings down the cost of the old; if you were planning on selling an older iPad recently…well, sorry. Everything just went down by a c-note. The original iPad Air is now starting at $399 for 16G – a fantastic deal. I still love my iPad Air and have no plans to switch right now.

At those prices, it’s not like you’re really buying a Mini as a less expensive iPad; it’s got to be about the form and function. If you think you’re better off carrying around a smaller tablet and you’ll get more use out of it, then this is for you.  You even get the same FaceTime HD camera as the iPad Air 2, if a slightly lower-res camera. But if you’re all about movies, media, photo editing–you should really think about the iPad Air 2. It won’t fit into a small clutch like the Mini, but at just about a quarter-pound heavier it’s hardly going to be a burden on your back if you travel with it.

You’re in luck. Preorders start tomorrow, Friday, October 17.  Ship date: Next week. Pretty awesome, except for those of you still hanging tough waiting for your iPhone 6 Plus, huh.

Compare new iPad features and check out more info about the new iPad Air 2 and iPad Mini 3 on Apple.com or check them out in person at the Apple store or visit your wireless provider.

And remember, iOS 8.1 is available Monday, as is the very beginning of Apple Pay.