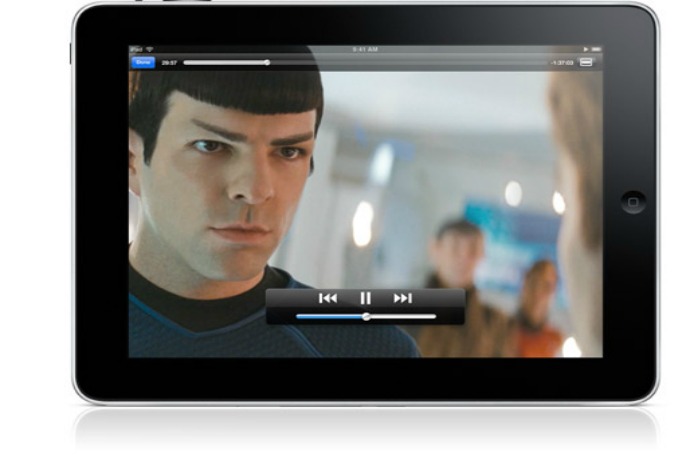 It’s pretty rare that I watch a new release or an Oscar-nominated movie in any kind of timely manner, but today’s launch of a new service called FandangoNOW may make the impossible possible.

We primarily know Fandango for movie listings and advanced ticket sales, but as of today, it’s rolling out a new on-demand video service called FandangoNOW, a rebranding of the M-GO service, that will provide a really cohesive theater-meets-home-theater entertainment experience. Perfect for access to a library of movies, new releases and those TV shows that everyone is talking about — but we parents have probably never seen.

The aim is to provide streaming media for rental or purchase to iOS, Android and Roku devices, as well as select smart TVs. And it’s out just in time for tomorrow’s April 1 early digital release of Star Wars: The Force Awakens, should you want to beat all those DVD and Blu-Ray buyers to the punch.

It remains to be seen what the pricing will be which could make all the difference in whether it’s worth it.

As for how this differs from content already available on iTunes, Amazon Fire and other streaming media services, the idea is that you can purchase “super tickets” which give you access to special content, behind-the-scenes shorts, and more, in conjunction with your theater ticket purchase.

Another potentially nice perk is that you’ll be able to order theater tickets and at the same time, buy or rent any other digital downloads for movies in that series — like if you plan on seeing the latest release from the Hunger Games or Star Wars or superhero franchises, but want to spend the night before catching up on the series. You may also be able to get the digital download free with your theater ticket, which is perfect for those animated movies we know our kids will want to watch a hundred times.

It also provides some more justification for shelling out a zillion dollars to take your family to the theater in the first place. And that’s not counting the popcorn.

One thing I really like about FandangoNow is that you’ll be able to pre-order digital downloads for movies that are coming out in theaters, which is perfect for parents who know they’ll get out of the house to catch that must-see new movie pretty much never.