Roku 3 makes Roku more relevant than ever. As in, get one. 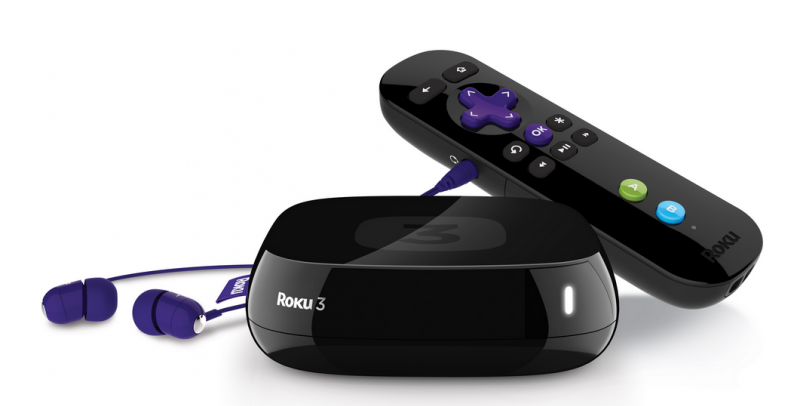 Back in 2009, when Roku was just a Netflix streaming device, it was pretty forward-thinking. Still, it became obsolete fast as tech often does; the video quality wasn’t fabulous, and over the next few years, streaming movies could be accessed in other ways that didn’t cost you $99.

Enter the Roku 3, which has totally brought me back on the Roku bandwagon again. Apple TV? You’re in trouble.

I finally upgraded to a hi-def TV in my bedroom (I know!) and one HDMI cable and Roku 3 connection later, I cannot imagine how I lived without it. I’m now watching everything through this palm-sized little streaming device from Netflix to Hulu to HBO Go on my TV–and not from my iPad in my lap in bed.

The picture quality is leaps and bounds over what it was, and it’s still just $99.99. (Note: It’s $89.99 this week only.). And from what I can tell, it’s designed so that the technology isn’t going to be obsolete in six months either.

I love that it’s so easy to add additional apps, turning any TV into a smart TV: you can watch 750 channels including plenty of regular TV networks (it looks better through my Roku since I have yet to upgrade my cable box to HD). Another big feature is that you can easily connect to your Pandora, Spotify or rdio accounts or listen to your existing MP3s through Amazon Cloud Player–but then you’ll want to make sure you have decent home theater speakers, or a system like Sonos.

You can also watch TED talks; play Angry Birds Space (apps like this cost extra) using the remote as a controller; watch photos or videos; and even connect your social media acounts, though I really don’t need to check my Facebook page via my TV. But hey, I could. There’s also loads of sporting events, but eh…that might be more your thing than mine. Personally I’m just happy bingeing on House of Cards on the big(ger) screen.

As for the new Roku 3 interface, it’s just intuitive, easy and nice. My 6 year old got it down in about a sec (kids these days). And there’s a sweet search function so you can comb your various subscription services to find a particular movie fairly quickly.

Also handy is the highly rated Roku app for iPhone or Android, so you can turn your phone or tablet into a remote, and use a touchpad instead of swiping (which drives me a little nuts) to type the letters of that indie Japanese film you’re looking for.

Nice bonus? Headphone jack in the remote. Because seriously, do the kids need to overhear Orange is the New Black? Don’t answer that. –Liz