How to be prepared if your smart phone battery dies: 4 simple tips 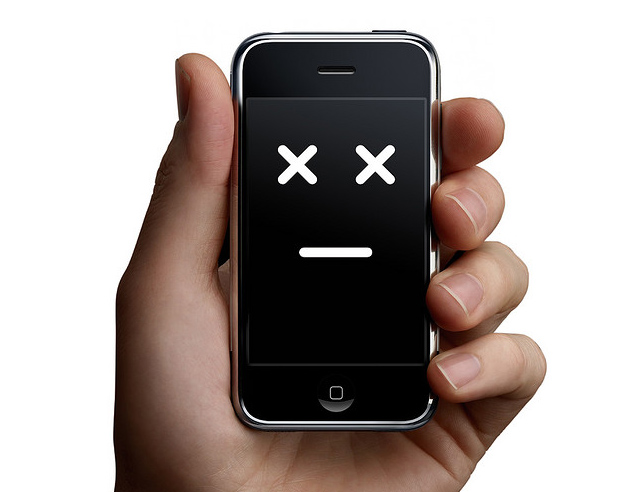 Last week while I was out on a short trip to New York City, my smart phone battery died. Which wouldn’t have been a huge issue except I was in the middle of dealing with a minor emergency involving my youngest daughter left at camp and a babysitter without a carseat to get her.Thankfully, I was able to use a friend’s smart phone to finally get a hold of my sitter (and a carseat), however, I should have been way better prepared, especially considering I’ve had iPhone battery issues in the past.

1. Keep emergency numbers in your wallet

With the digital age has come a huge reliance on technology for saving that info we simply used to memorize.When my phone died, I had no way to contact my babysitter, my neighbors, or my daughter’s school–even though I might have known their numbers off the top of my head just a few years ago. So I suggest keeping your VIP numbers writen down in your handbag or wallet just in case. This way, you can easily ask to borrow someone else’s smartphone and get a hold of who you need quickly.

2. Get an external battery charger

I actually have several battery chargers but decided that I wouldn’t actually need one for my trip since my phone was fully charged. Boy, was I mistaken. Never leave without a backup power source! I’m a big fan of charging cases like the popular ones from Mophie (shown above), and now so many people sell them, from this fun Kate Spade charging case to a charging case personalized with your own photo.

There are also great external batteries that hold anywhere from one to three charges, and sometimes more. Or try something like the Kii (above)  which is so small, you can keep it on a key ring then any USB source like a laptop can give your phone a boost.

But of course this plan is only as good as the charge; keep one plugged in until you head out so you know it’s fully loaded.

3. Save your battery while you’re out

If you’re like me, you’ve got all your apps running, your 3G/4G/LTE on full blast, and you’re checking your email and your social networks on your downtime. Let’s just say, battery-eating nightmare. When you’re out and about and you know you don’t have a charger with you, it’s best to wean yourself off Facebook for a few hours and turn off what other apps you can (especially apps you are not using) to help cut down on battery usage.

You’d be amazed just how draining 15 minutes of Candy Crush can be.

You’d be amazed at all the places where they’re willing to lend you a power cord for a bit until that red battery indicator makes its way to green again: pizza places, retail stores, offices, and my favorite, hair and nail salons, all have employees with a phone that’s charging somewhere. Many of them will be nice to swap yours in for 15 minutes. And hey, it can never hurt to ask.

For more tech tips and tricks, check our archives. And follow our Tech Tips and Tricks Pinterest board!