6 of the most fun Halloween apps for kids to get them excited about something other than chocolate. 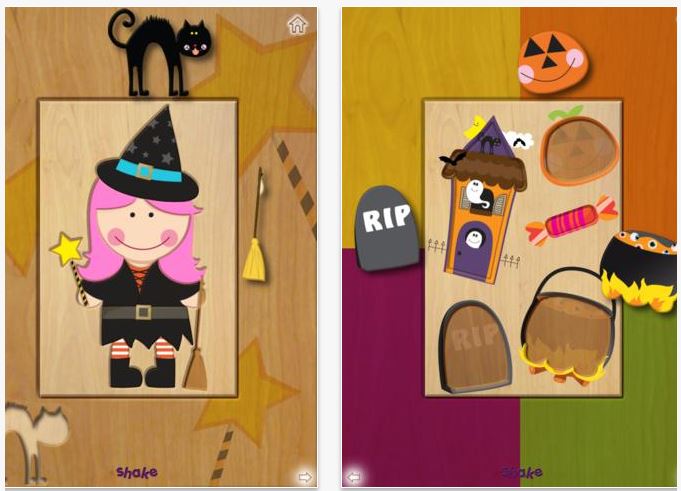 So of course Halloween has crept up on us seemingly faster than ever before. I’m going to avoid thinking about what happens after Friday (holiday shopping, eek!), and focus on getting those costumes ready and devising a strategy to not eat every peanut M&M in the house. And even though the kids are pumped as it is, there are some adorable kids’ Halloween apps to keep that excitement going, even after trick or treating has ended. Add these to last year’s list of our favorite Halloween apps for kids and you’ve got more than a dozen of the best to choose from. 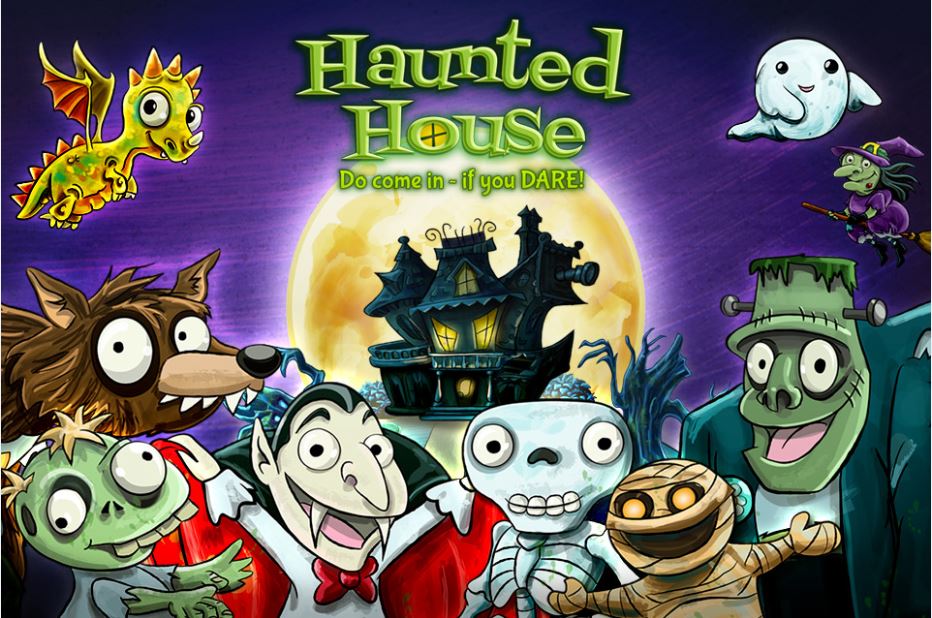 For kids who like a their app with a side of spooky, Haunted House (shown above) fits the ghoulish bill. Much more than an activity book, Haunted House features games, activities and enough zombies to keep kids on their toes. Games like Pumpkin Picker and Ghost Whacker requires kids to navigate through ghosts, darkness and goblins. The graphics are fantastic, and while it’s really more silly than scary, kids ages 4-7 will have fun with this one and maybe even get spooked every once in a while. ($1.99 on iTunes, $2.99 on Google Play and Amazon Appstore. Note: there are in-app purchases for additional puzzles and stickers)

I personally like my monsters to look kinder and gentler, while my kids prefer the more classic monster appearance. Therein lies the beauty of the Create a Monster HD app. With a blank monster face canvas, kids can create their own version of a monster using hundreds of combinations of eyes, ears, mouths, eyebrows, horns, fangs and more. Their silly, scary, one-eyed, devil-horned monster can then be saved or shared via email or Facebook to the delight (or horror) of friends and family. ($.99 on iTunes)

Those old chunky wooden puzzles get new digital life when transported to the iPad. Wood Puzzle Halloween features 15 adorable puzzles that kids ages 2-4 will love putting together. Pieces that make up a mummy, a skeleton, friendly witch and more will keep kids occupied and will also improve their hand-eye coordination. There are cute little side effects too that add even more fun to the app. ($1.99 for iPad; $0.99 for iPhone)

There’s nothing like celebrating Halloween with some origami paper folding. Okay, it may not be the most traditional way to celebrate, at least in the US, but a Halloween update to its app for iOS is a really fun way to explore the beautiful art of paper folding. Part instruction, part game to figure out how to correctly fold the paper, you can create origami pumpkins, cats, witches and more in an app that refreshingly simple (and challenging). It’s definitely for older kids (6+) who can grasp these concepts. (The app is free on iTunes, but the Halloween level is $0.99 to unlock. Also available on Google Play, but does not include the Halloween update)

One of the highlights during this time of year is the Charlie Brown special that airs for each holiday. And It’s the Great Pumpkin, Charlie Brown, is indeed a classic. But the app bring much more than the TV broadcast does, letting users create their own Peanuts avatar, carve pumpkins, go trick-or-treating with Charlie and the gang, and of course, tells the storied tale of Charlie Brown on Halloween night. And while some of the language can be a little harsher than what we tend to expose young ears to these days (like the use of the word stupid), the storyline stays true to the original, even complete with dialogue and music from the 1966 special. ($5.99 on iTunes, $4.99 on Google Play)

We are huge fans of anything that comes out of Toca Boca and Toca Boo is the latest installment from one of our favorites developers. The goal of the app is to direct the ghost to hide in every nook and cranny of the house and jump out to scare unsuspecting family members. Definitely a fun game for younger kids (3-5) who will laugh out loud when they see people’s reactions to their BOOs. Definitely on the lighter side in terms of keeping kids’ interest (probably not an app they’ll revisit over and over again for months), but still a fun way to get additional spooks in around Halloween. ($2.99 on iTunes)