I’ve tried the new Fitbit Versa for 72 hours and here’s what I think. 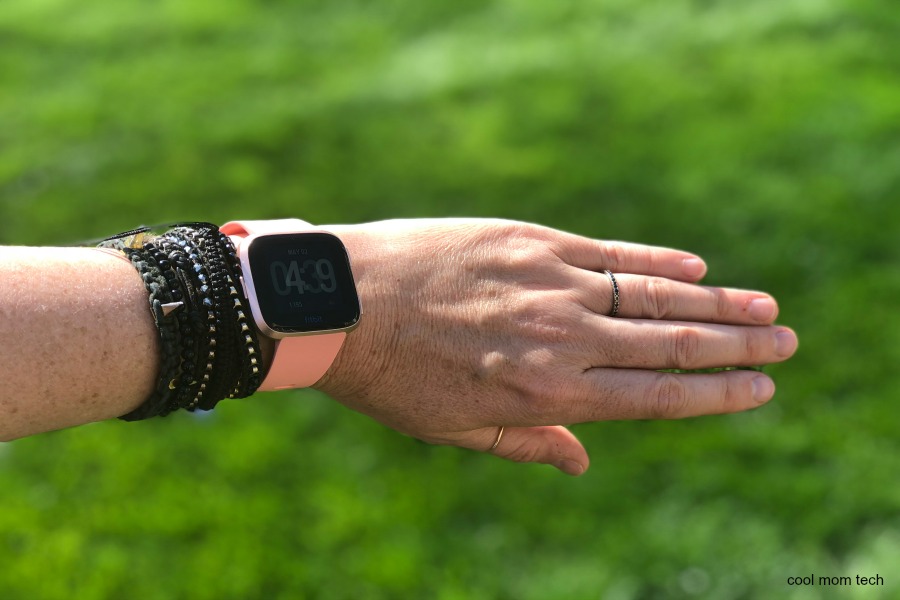 I’ve been a longtime Fitbit fan, since they launched their first activity tracker many moons ago, so it’s not surprise my interest was very piqued when I saw the new Fitbit Versa and did an “is that the new Apple Watch” double take. I decided to pre-order one for myself, especially with my “lose those last 25lbs from 2017” looming on my New Year’s Resolution list, and give it a test drive.

For the last few days, I’ve worn it pretty much non-stop, which is a big deal for me since I tend to be pretty fickle about having to take something off to charge it and then put it back on again. (I realize this might sound pretty ridiculous, but I’m just being honest. The struggle is real for me with this stuff).

Here’s what I think about the new FitBit Versa so you can decide if it’s the right option for you, especially in an Apple Watch world.

A little bit about the Fitbit Versa

The FitBit Versa is a smartwatch, featuring everything you’ve loved about Fitbit activity trackers — tracking activity, steps and your sleep —  but bumped up a whole bunch of notches. Once you download the Fitbit app to your smartphone, your Versa is tethered to your it via Bluetooth, allowing you do to those awesome smartwatch things, like see texts and calls coming through.

While it’s wider than my Apple Watch, it’s decidedly thinner and lighter (to me, at least), though functions very similarly to the Apple Watch in that with the turn of the wrist activating the screen so you can see the time, along side button clicks and swipes to check your activity, as well as access apps, which range from Starbucks to Amazon Alexa, and a growing number in between.

Related: Is the Apple Watch right for you? 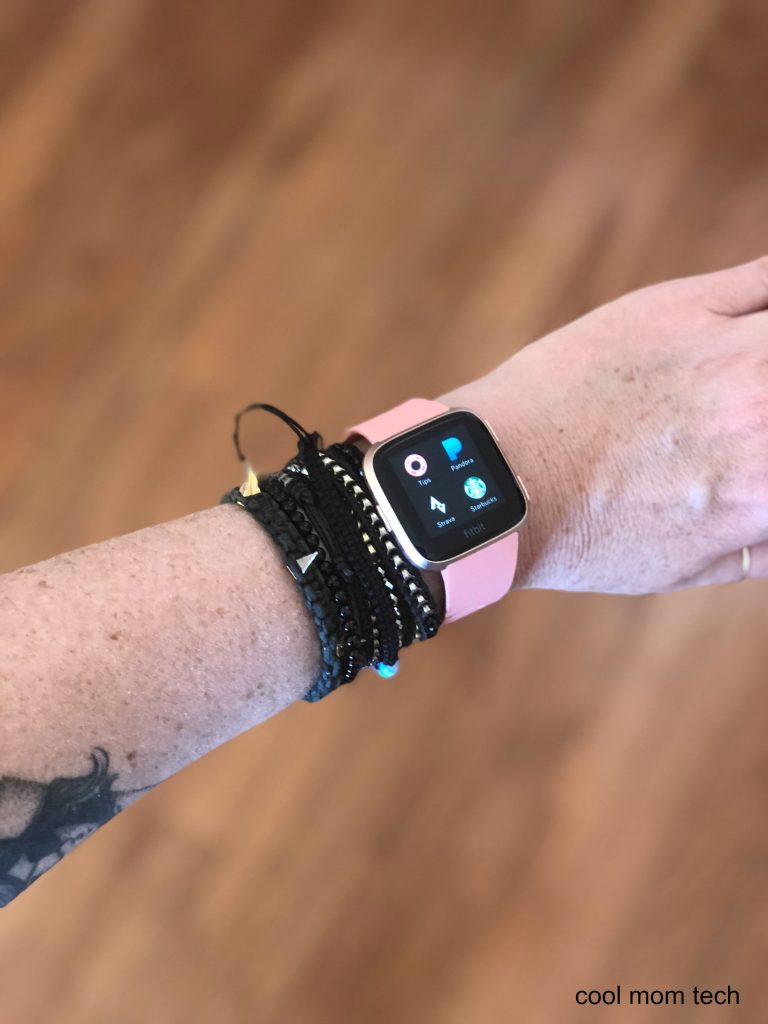 So right out of the gate, the Fitbit Versa doesn’t require nightly charging, which, if you remember from above, is a pet peeve of mine. I’ve gone the entire 72 hours with no charge. In fact, the only reason why I popped it on the charger was just to see how the charger worked. Yes, I like to sleep in my watch because I like that it tracks my sleep. The Versa is also water resistant to 50m, which means no having to take it off when I swim laps. Ha, I’m kidding. For me that would be showering.

While it doesn’t have built-in GPS (or a cellular option), it’s a very strong fitness tracker, which I would expect nothing less from FitBit. And while I don’t personally need all those bells and whistles in that department, I appreciate how fantastic these features are for someone who feels these are of high importance. To me, this is a defining factor for someone comparing this to an Apple Watch.

With that in mind, the smartwatch features are just enough for me. I can’t really respond to people on my phone like you can on the Apple Watch, and that’s okay. And yes, there are a bunch apps (but not a ton), and ways for me to pay for things with my smartwatch if I so choose (sorry, I don’t. Not yet, anyway), but it doesn’t feel like I’m walking around with something on my wrist where I only use a few of the many, many features that I paid a whole lot of money for.

Here’s what I don’t like about the Fitbit Versa

Admittedly, this is a very small list, and from a few reviews of the Fitbit Versa that I’ve read, I’m not the only one. I could get pretty nitpicky about things like no Siri (though do I really miss her? Sorry Siri), and no ping your phone, which was one of the features I most used on the Apple Watch. But those things don’t really bother me that much.

I will say that the watch bands are a little awkward to take on and off. I realize you probably won’t be changing your watch bands that often, but I only realized this when one half of the band somehow came off and I hand to take 15 minutes to try to get it back on. And the charger is a bit awkward and bulky; the Apple Watch charger makes this look like you’re trying to fit a 2 x 4 into a tiny little spot. Oof.

I imagine as I start to use all the features more, like the integrated music, and the payment options, I might have more gripes. Maybe? I’ve also heard that the watch face offerings are not so hot, but I’m actually pretty happy with the one it comes with. But really, it’s hard to come up with major issues that would turn me off from recommending this to anyone.

If you’re in the market for a strong fitness tracker smartwatch that’s just under $200, the Fitbit Versa is a pretty fantastic option. It’s priced much lower than the newer Apple Watch iterations, and while the Apple Watch Series 1 is down at a comparable price now, you’re getting a few strong features, particularly on the fitness side of it (and battery charge), that to me make this the better option.