All aboard the Toca Train! 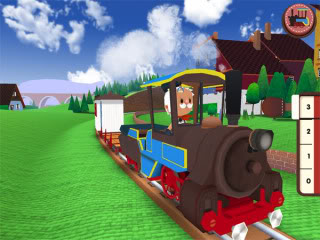 One of our favorite kids’ app developers, Toca Boca, has come out with a new digital toy that we just couldn’t wait to tell you about. Let’s just say it puts your kids in the conductor’s seat. Literally.

In this fun and friendly train simulator turned intuitive app aptly called Toca Train, there are no written instructions, time limits or scores. Kiddos simply control what the train does–or doesn’t do–ia levers and buttons. Pick up passengers by inviting them on board and decide which cargo you’d like to deliver. Or if you just want an empty train, then feel free to just click-clack up and down the tracks tooting your horn and sipping your coffee, the two things my own son loves most.

As much as kids love Toca Boca, there’s another reason why parents should too: They never include any third party advertising or in-app purchase options. Awesome. -Pilar

Toca Train for iPad or iPhone in iTunes starting today for $1.99.