I’m with the Toca band. 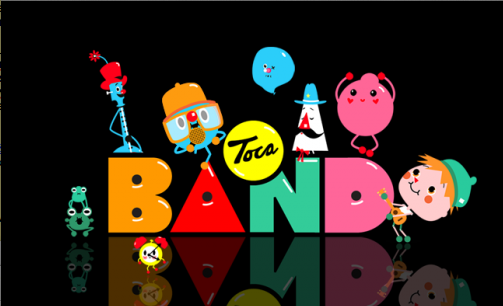 I have no idea what the Swedish word for “awesome” is, but if I did, Toca Boca would be hearing it from my kids (ok, and me) about every five seconds while playing around with their new digital toy.

Released today, the Toca Band app gives kids everything they need to play mix master. Featuring 16 different crazy characters, each with their own musical talent of course, kids can play DJ by experimenting with instrumentation, tempo, and creativity through music.

Though the cadence of the music is always the same, the ways to play with it are not. By dragging characters around on the stage, kids can enhance the bass, focus on vocals or just combine strings–all at different speeds and volumes.

What’s more, dragging a character to the “star” podium on the stage gives kids a chance to get up close and personal with their wacky talents. Tapping, flicking, swishing and pinching animates each one even more, making it almost impossible to stop playing. Almost. Once my iPad ran out of power, my kids were forced to do something else.

Sitting in front of my desk while it charged wasn’t quite what I expected. – Pilar

Download Toca Band for the iPad and iPhone on iTunes for $1.99. Learn more about Toca Boca and see a demo video of Toca Band at www.tocaboca.com.