What’s the best Fitbit for you? Here are some questions to help you figure it out. 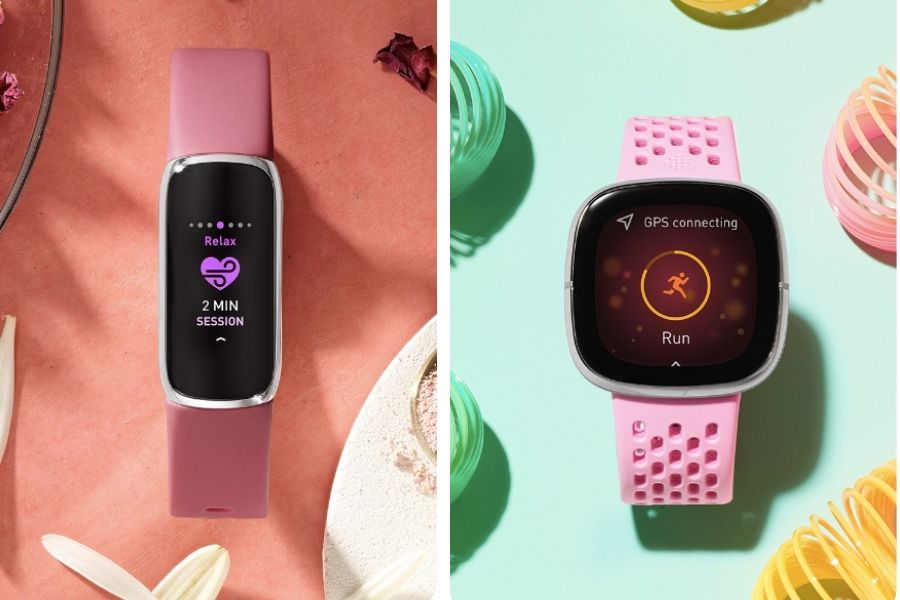 Lately, a lot of readers have been asking us to recommend the best Fitbit for their needs — for themselves as a form of self-care, for gifts for others (ahem Mother’s Day and Father’s Day are coming up), or just an upgrade to an older model they already have.

They’ve come to the right place! We’ve been covering Fitbit activity trackers for over 10 years (wow!), starting back when they were just little devices that clipped on to our clothing to count steps or measure how long we slept. Back then, the biggest question we had was “the blue one or pink”?

Now, there are over half a dozen choices for the best Fitbit device, each with its own capabilities, features, and price point.

It may seem a bit overwhelming, especially if you want to buy a Fitbit for someone else and make sure they’ll love it. But I’m here to help!

So keep reading for 5 questions you should ask when shopping for the best Fitbit model for you.

This post contains affiliate links, which means we may receive a small commission from certain purchases to help support the work we do at no additional cost to you. Thanks for supporting independent publishers!

1. First, do the newest Fitbits have the features you want?

Note: with Mother’s Day and Father’s Day around the corner, we will be primarily linking to each product’s Amazon page for quickest shipping — same-day in some areas! You can also find these same items on sale through May 4 at Fitbit.com or of course, local shops. 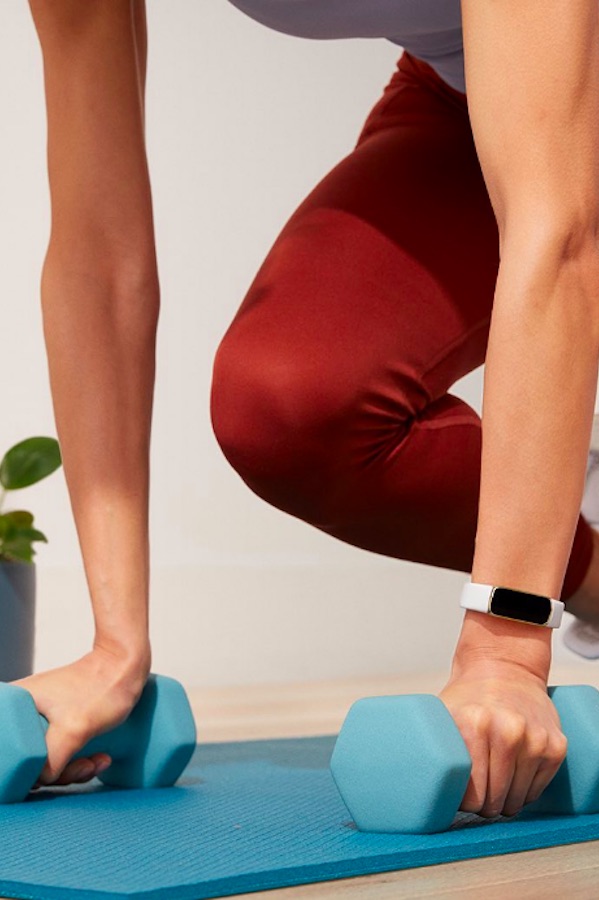 – All of Fitbit’s newest devices track steps and sleep, as they did way back in ye olden days. However if you’re considering an upgrade, the newest Fitbit models also record specific exercises, like bike workouts, runs, swims, and weight lifting sessions (among other activities), and let you log your daily water consumption and even diet.

– Most have a SP02 sensor to check blood oxygen which I appreciate since having Covid, and they’ll also measure your resting heart rate, skin temperature, and breathing rate so we can keep an eye out for any issues.

– New Fitbits also will connect to third party apps like Strava so that you can upload GPS-tracked workouts — and get all the kudos and encouragement from your friends!

– And, since we’re getting close to summer, you’ll be happy to hear that new Fitbit models do well while in water, whether you’re swimming laps in a pool or splashing in a pond with the kids.

Related: Our favorite self-care apps to help you develop a self-care plan. 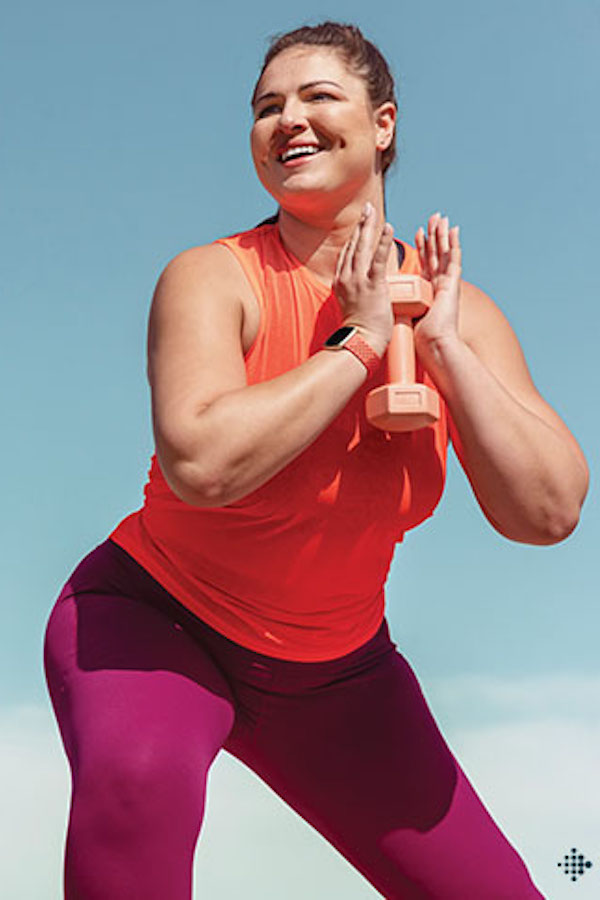 – Finally, all newer Fitbits come with at least six months access to a Fitbit Premium membership that includes video and audio workouts, guided meditations and breathing exercises, and access to other personalized content for your fitness journey.

Just know that after your free trial is up, you have to cancel or it will auto-renew, so keep an eye on that.

2. Do you want a Fitbit tracker or a Fitbit smartwatch? Let’s compare. 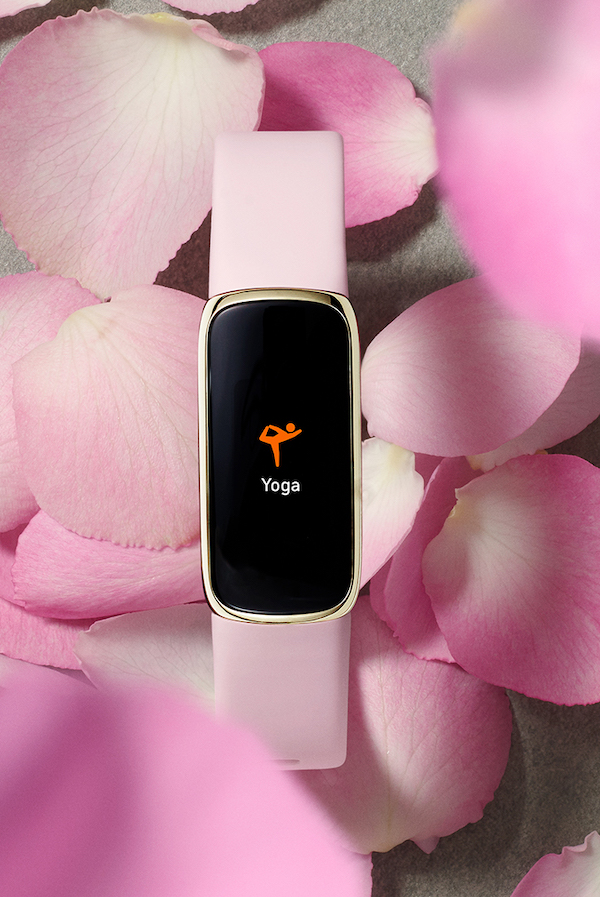 In essence, a Fitbit tracker is made for someone who wants to track their exercise and health on an ongoing basis and doesn’t really want (or need) to pay for the additional bells and whistles that come on a smartwatch. But there’s a little bit more to it than that. .

Related: How the Apple Watch is helping me stay healthy, be more mindful, connect with my kids, and disconnect from my phone

Compared to Fitbit’s smartwatches, Fitbit’s trackers, like the Fitbit Charge 5, Fitbit Inspire 2, and Fitbit Luxe all feature a sleeker shape that looks more sophisticated and streamlined. Paired with one of the accessories from their higher-end fashion band collars, this is an accessory that I’d have no problem wearing to a nicer event — if ever I go to one of those again.

What I really love is that Fitbit’s trackers have a charge time that is pretty incredible, going for up to a week between charges, though I’ve found this depends on your usage and settings. But even a few days is something I appreciate after dealing with an Apple watch that basically needed to be charged every night. 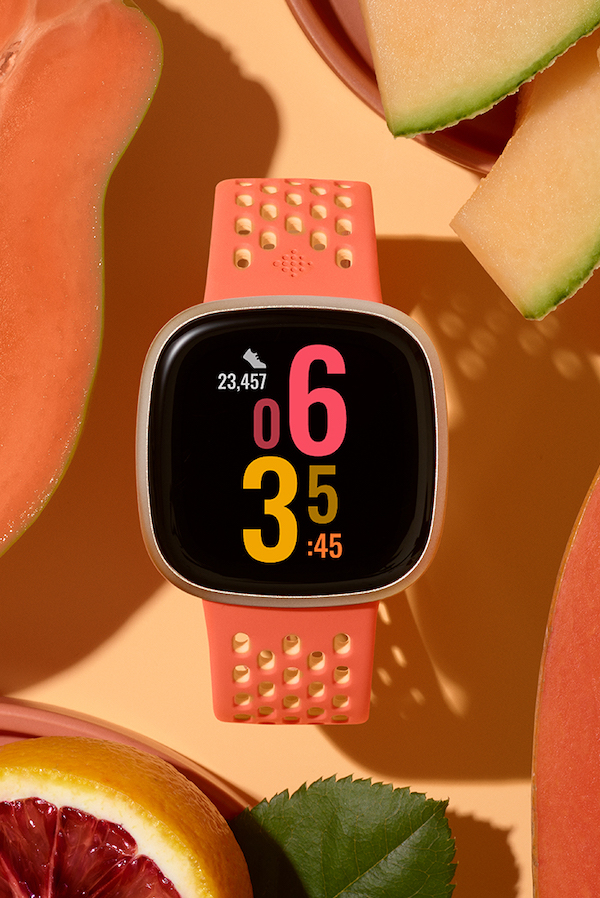 In the other category, Fitbit’s smartwatches combine the features of a tracker with those of a smartwatch so you can not only track your exercise and activity, but also answer Bluetooth calls and texts right from your wrist — just note that you’ll also see calls, texts, and smartphone notifications on the trackers when your phone is nearby, but they are only notifications and not actionable/clickable.

Fitbit Smartwatches are also compatible with Google Assistant and Alexa Voice commands which is nice hands-free feature. And you can load up to 39 third-party apps on your smartwatch and access them directly from the watch face.

As mentioned above, Fitbit’s smartwatches, like the Sense and the Versa 3, are bigger and a bit sportier than the trackers, with a larger square watch face. And though they don’t hold a charge as long as the trackers, they can reportedly get several days which isn’t too bad!

As you might expect, Fitbit’s trackers are more affordable, with the top-of-the-line tracker Fitbit Charge 5 costing around $150 while the top-end smartphone Sense runs nearly double, at just under $300.

3. Do you want GPS on your Fitbit device?

As Kristen indicated in her review of Fitbit’s older Versa 2, not everyone cares to have GPS tracking on the device itself, but if you’re buying a Fitbit for someone who runs or cycles outside a lot like I do, I can tell you that they’ll likely want this feature so they can get exact distances of their workouts or reference their routes. As an avid runner and cyclist, I like having GPS tracking on my wrist so I don’t need to remember my phone every time I go outside to exercise.

Related: If you walk, run, or cycle, these open ear headphones let you hear your music without tuning out the world.

Among Fitbit’s devices, their newest smartwatches (Sense and Versa 3) both have GPS tracking built into their watches, while only the Charge 5 tracker has this. (Note: the other tracker models connect to the GPS via your phone if it is nearby).

4. Do you want the ability to use Fitbit Pay? 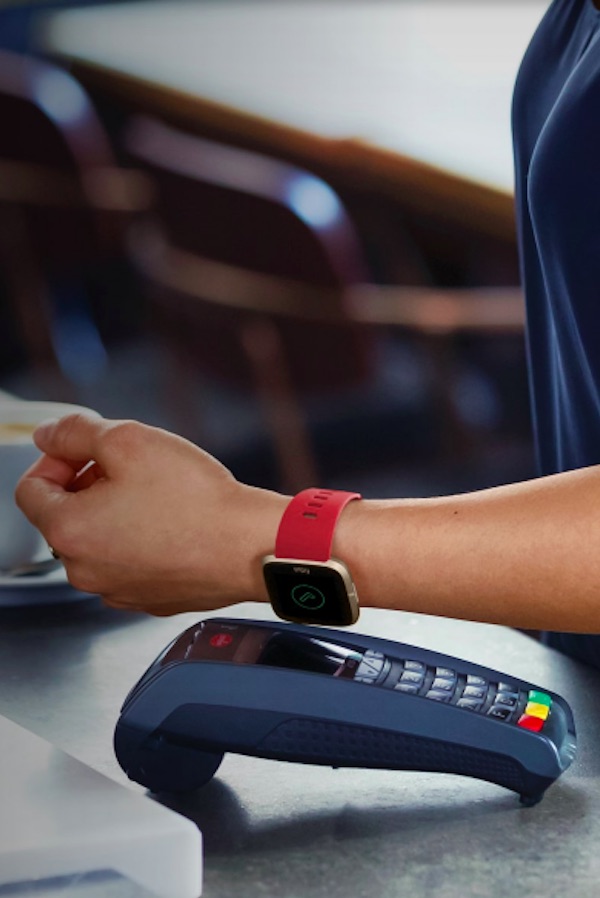 Contactless payment has really blown up since Covid and much more widely accepted. If you are still using your phone for contactless pay, and would like it to be even easier, make sure you choose a Fitbit smartwatch or the Charge 5 tracker, which are the only devices that offer Fitbit Pay.

5. Do you want higher-end bands to dress up your watch? 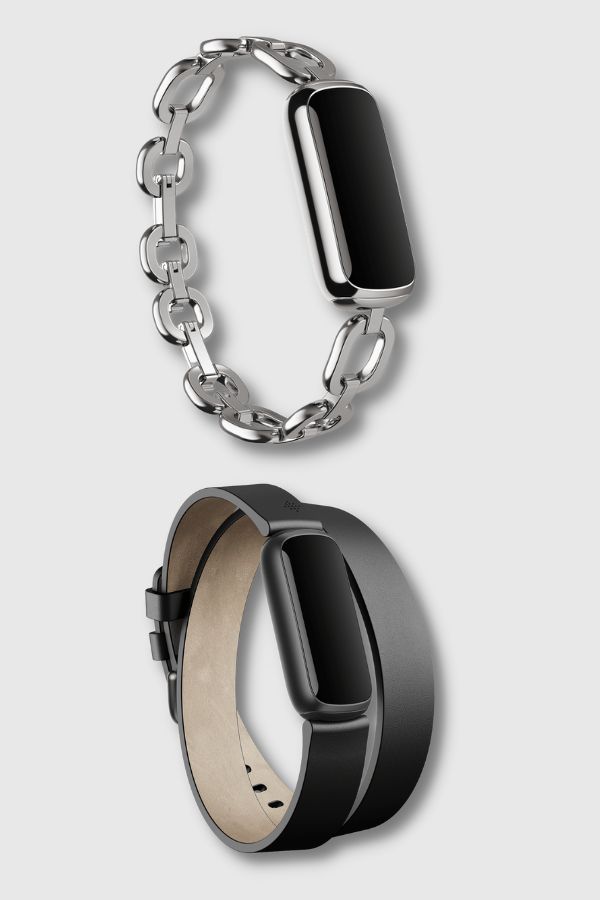 While each tracker and smartwatch come with a standard sports band, I love some of the many replacement bands available on the Fitbit website, to allow you to wear it more easily to work or to go out at night.

If you’re shopping for someone stylish, I think you’ll find more elegant watch bands among the trackers vs the smartwatches — plus the trackers just look sleeker as I mentioned above.

I will suggest that the Luxe and Inspire 2 trackers have have the most fashionable watch bands to choose from (above), however the Sense and Versa 3 smartwatches do have some decent — if relatively plain — options as well.

Related: Tonal is a home fitness system that’s unlike anything you’ve ever seen.

Bottom line in choosing between a Fitbit tracker or smartwatch

Spend a few minutes comparing features and capabilities on the Fitbit website — they make this really easy to do — so that you can find the best Fitbit to suit the lifestyle of whoever you’re shopping for.

Personally, the Charge 5 I have been wearing has everything I need; my phone is never too far from me, so I don’t need my Fitbit to act as a smart watch too. Though if I were buying one for my tech-crazy cyclist aficionado husband, I would definitely get him a Fitbit smartwatch, for its wider watch face and the features and technology that I know he’d appreciate.

Honestly, I’m not yet sure if I will pay for Fitbit premium when my trial period is up. Maybe it’s because I already have so many other apps and YouTube videos for relaxation and fitness, that the premium service feels like a “nice to have” and not a “must have.”  But time will tell if it becomes something I really want to keep. Luckily, I have six months to decide.

Thank you to Fitbit for sending CMT a Charge 5 to test for editorial consideration. My opinions are of course my own.