Sling TV: Is this affordable cable alternative worth considering? A thorough look. 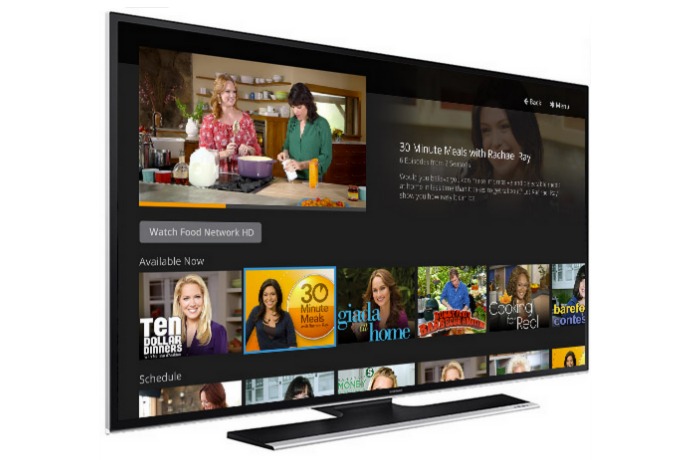 I finally sat down and took a good hard look at my cable bill and…whoa. When I consider that there are probably only 4-5 cable channels I really watch, aside from premiums HBO and Showtime; I do pretty much all my watching on Netflix, Hulu and Amazon Instant Video via Roku or my smart TV. So it made sense to sign up for the 7-day free trial of the new service Sling TV, and see whether this is a smart money-saving option for families.

Related: A simple guide to cutting the cable cord: 4 of your best options

In a nutshell, Sling is a streaming cable TV service; think Spotify for TV, only it’s like a “best of” service with limited channels. You can watch on your TV through a service like Amazon Fire TV and Roku, XBox One, and then Nexus TV coming soon (though unfortunately not PS4 or Google Chromecast). And of course, watch on your Mac or PC, and your iOS or Android devices using their free app.

The main benefit: Savings. You’re going to spend only $20 a month which is a fantastic rate, for 22 of the channels that viewers are most likely to watch including CNN, AMC, TNT, TBS, IFC, HGTV, Travel Channel, ESPN and ESPN2, Bloomberg, Cartoon Network/Adult Swim, Disney Channel, ABC Family, A&E, Lifetime, and a couple of others.

They call this basic plan the “Best of TV” package, by the way, which I mention because the site is a little confusing for something that’s supposed to simplify TV watching.

In fact, while the website lists their news channels on one page, for example, it’s a bit misleading — those are all possible news channels you can get through Sling, though it’s only CNN and Bloomberg available in the basic package.

To get more, you need to add themed packages of additional channels at $5 a pop. This includes a Sports Extra package, a limited Kids Extra package (five channels including Disney Junior and Boomerang), and Lifestyle Extra which gets you the Cooking Channel,  DIY and we TV

For another $15 you can add HBO including HBO on demand, which would be a given for me considering all my unguilty pleasure binge watching habits.  (Veep! Game of Thrones! True Detective! Last Week Tonight!)

And then, there are opportunities for movie rentals, not that there’s any shortage of those options these days.

Overall, if this sounds like it nails your viewing habits, you’ll find Sling TV is a whole lot better than the $50-$100 you might be spending on cable, especially once you factor in all those ridiculous charges like DVR set top box monthly fees, remote “rentals” and charges for second or third TVs. If you stream through a Roku or Amazon Fire, it’s just another “channel” to watch, like Netflix. It’s easy, intuitive, and it’s nice to have access to some live programming in our on-demand world.

That said, here are the caveats:

•The biggest issue, obviously, is that there is no network TV. So even if you don’t watch network shows live like we do in some cases (we’re big Once Upon a Time fans around here), consider that for big events like the Oscars or the Super Bowl or Peter Pan Live (ha), you need another option. I’d suggest buying an HD over the air antennae for your TV. CNET offers a great guide on how to get free HDTV.

•I check in on HLN every so often (not just when Kristen or I are on it) and you have to pay to get that as one of the channels in the World News Extra package which includes channels you might not need, like France 24 and Russia Today.

•What?? No Bravo? What will I half-watch when I’m cleaning up my bedroom?

•No Weather Channel! My parents would be devastated to lose that one when they spend the night. (Update: Though evidently it’s coming shortly.)

•There are no Viacom channels at all right now. That means no MTV (and its zillion iterations), VH1, Comedy Central, TV Land, or BET. For parents, that may mean a bigger loss of Nickelodeon and Nick JR, which are mainstays for so many of you. To get your fill of Max & Ruby or Yo Gabba Gabba you’d need to get yourself the Noggin app for another $5.99 a month and stream it through your mobile device.

•To watch PBS, consider the free THIRTEEN explore app for on-demand programming which gets you favorites like Nova, Antiques Roadshow, and of course, Sesame Street. Then there’s the PBS Kids Video app which will get you on-demand kids shows for nearly every platform.Also note that starting today, Sesame Street Go is available in the Roku channel store for $3.99/month or $29.99/year.

•This is really specific to the New York area, but I love NY1 on Time-Warner (as much as Time-Warner leaves a lot to be desired), and I’d miss it for sure. You can’t even access it online unless you’re an existing TW subscriber.

•No Showtime. That’s bye to Homeland, House of Lies, Shameless, and Nurse Jackie for a lot of people. 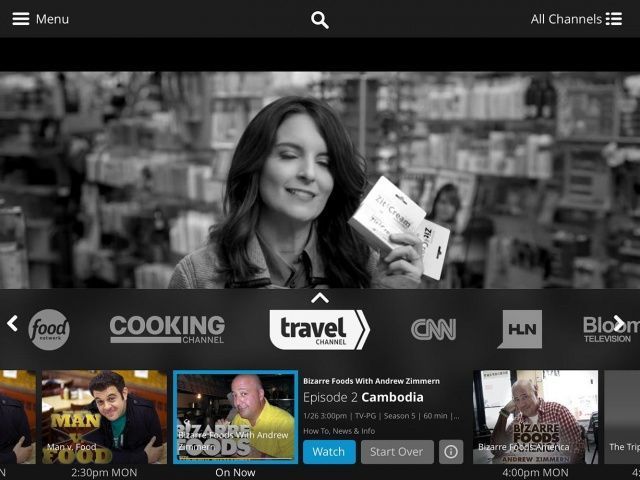 When you put that all together, what you could have is a big mishmosh of TV channel hacking if you happen to watch a lot of the channels live that Sling doesn’t offer; instead of scrolling through a single menu to see everything that’s on, you’re going to be jumping around through multiple channels and apps (wait, where is SuperWhy again?) then searching within those channels to track down what you want.

Also, while you can watch from multiple devices, unlike with other streaming video services, you can only stream Sling to a single device at a time. That’s a big caveat there, should the kids be watching Disney with their sleepover guests in one room while you settle in to watch AMC in the other. The one exception is HBO — your subscription allows you watch it on three devices at a time.

Now on the other hand, if you realize you’ve pretty much cut the cable cord already and you’re happy with relying on streaming services for the family and mobile apps for kids’ TV, but you want a few additional live TV choices, Sling is definitely a huge money saver for you.

Like, as much as $1200 a year depending on your current cable plan.

That’s a lot of savings, especially when you don’t really need MTV 16; you limit your Jimmy Fallon watching to the segment videos online; and can find a way to live without Sharknado on Syfy.

Essentially, Sling can be an incredibly smart alternative for a whole lot of people whose viewing habits have moved into the 21st century. I am realizing I am probably not one of them. But before you untether from cable completely, just remember that sometimes you don’t realize what you have until it’s gone. Or, until you see 8 million friends tweeting about THE MOST SHOCKING REAL HOUSEWIVES FINALE EVER and realize you have no access to it.

Visit Sling TV and sign up for a free seven-day trial. You’ll be auto-billed right $20 after that for the full next month, so you might set a calendar alarm for 6 days from now in case you want to cancel. If you’re ready to subscribe, don’t miss the Sling device offers for discounts on the Roku or Amazon Fire TV — or prepay for three months of Sling and get a free Roku or Fire streaming stick.